A live-in nurse suspects her patient, an eccentric man who kills people and drains them of their blood, is a being from another world. 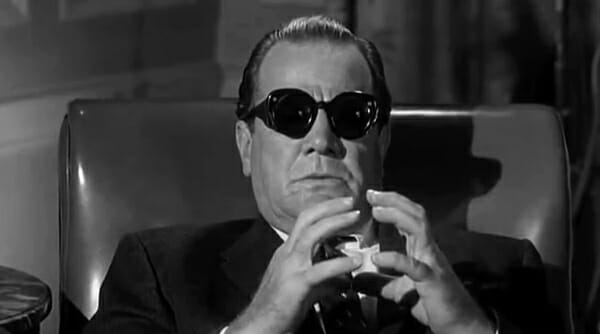 This 1957 science fiction film directed by Roger Corman is about a man named Mr. Johnson who’s “not of this Earth” – he’s an alien from the planet Davanna who wears sunglasses to conceal his white eyeballs that have the power to kill people instantly. 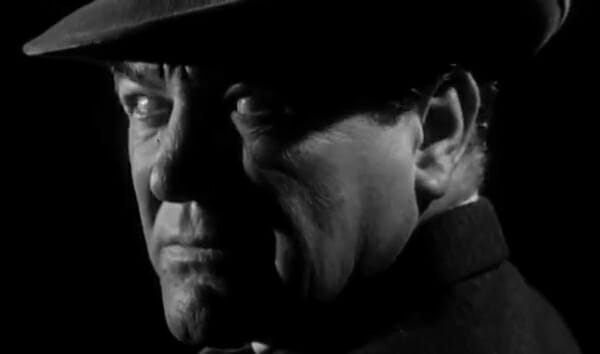 Don’t look into his eyes!

Davanna is at war with some other planet, and Johnson’s people are all dying from a deadly blood disease. He’s been killing humans and draining/studying their blood to see if he can find a cure to this disease…whatever the cost. 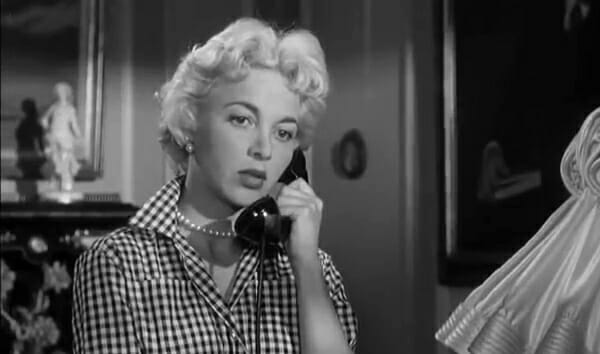 At the beginning of the film, Johnson goes to a doctor and recruits his assistance via mind control; a nurse named Nadine is assigned to live in Johnson’s house and tend to his health. 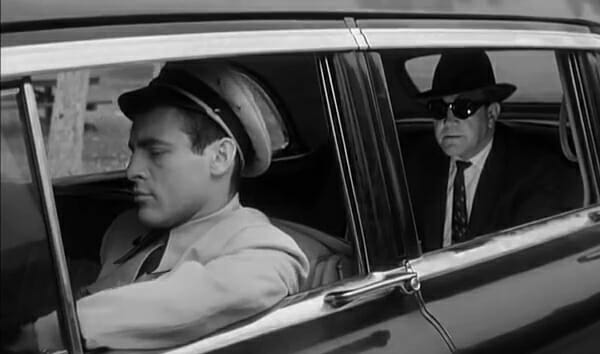 Johnson’s also hired a man named Jeremy to act as his chauffeur and do whatever he asks, no matter what – like bring over three drunkards for Johnson to use as test subjects. 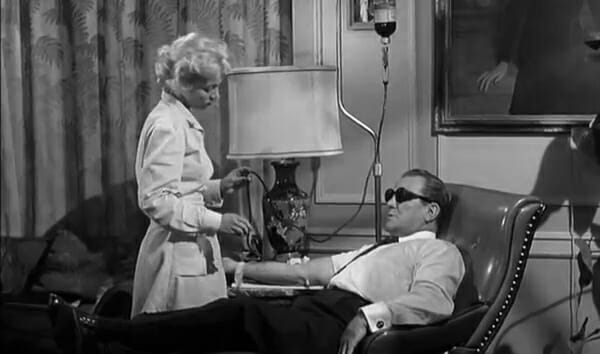 Anyway, Nadine and Jeremy observe all this weird stuff Johnson’s been doing and realize that he’s a murderer and an alien! 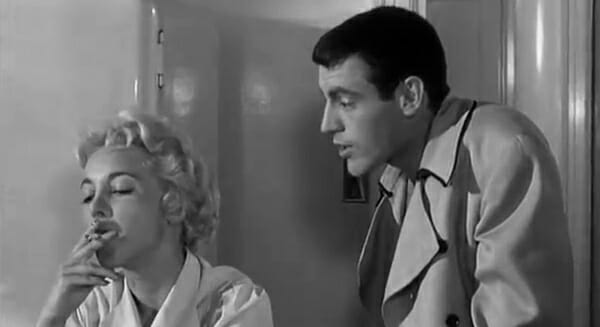 Nadine and Jeremy realize Johnson’s not of this Earth!

Johnson kills Jeremy and tries to send Nadine to his planet as a specimen, but she runs away and gets help from her cop boyfriend. There’s a car chase and Johnson crashes and burns…but gets a proper burial in the end: “Here lies a man who was not of this Earth” 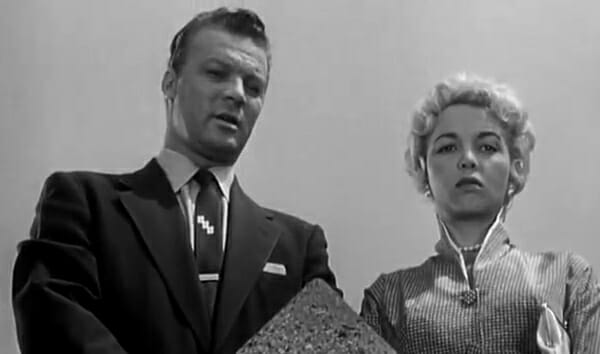 Many low budget ’50s horror/sci-fi films can be pretty boring – not this one! It’s actually pretty fun, and I was pleasantly surprised at how much it sucked me in. While the premise is simple, it works just fine; Not of This Earth is well-structured and well-paced, with nothing dragging it down. 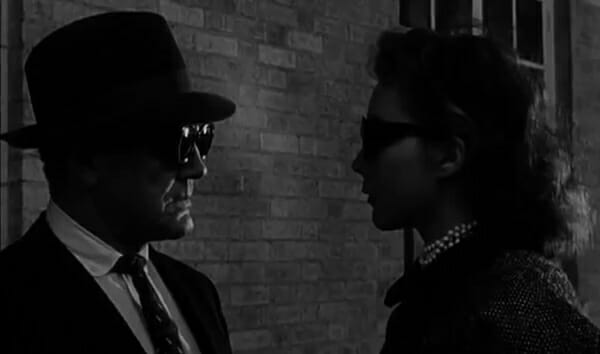 Paul Birch was fantastic – a hoot, even – as the emotionless Mr. Johnson, and reminded me a bit of Roscoe Lee Browne’s Kingpin in Spider-Man TAS. 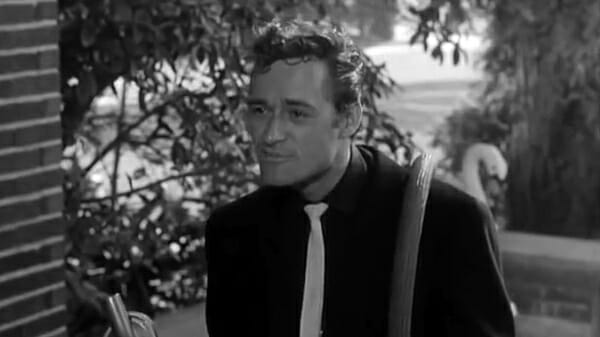 And of course it’s always nice seeing Dick Miller, who has a small but very memorable role as the door-to-door vacuum cleaner salesman.