In the final issue, SuperPro fights an eco-terrorist named Repulsor. 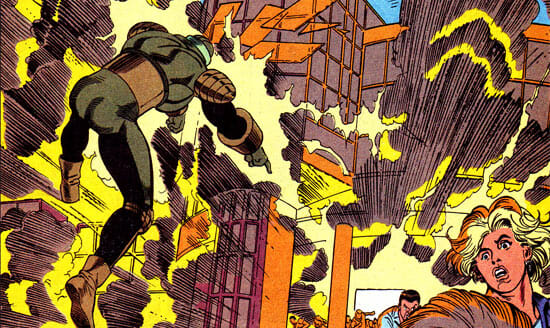 There’s a new costumed guy in town named Repulsor, who’s focused on going after oil and logging companies, punishing them for hurting the planet.

He heads to a tv station in Newark and interrupts a broadcast to tell the world that all like-minded superheroes should join him. He already knows of one hero who’s on his side: SuperPro.

At a baseball game, Ken and Phil see Repulsor grab an oil baron from the audience, take him into the air, then drop him. Phil changes into his SuperPro costume and catches the falling man in record time.

Repulsor then reveals that he’s Claudio (from issue 7); he calls SuperPro a traitor for not helping him fight for the environment, but SuperPro calls him a traitor back for being a jerk to people. Claudio admits SuperPro is right and turns himself in.

Say it ain’t so, Claudio!

SuperPro addresses a tv camera to say that, while it was wrong of Claudio to kill people, his heart was in the right place and that we, the people of Earth, should protect our planet.

Claudio turns himself in

An okay follow up to issue 7 with the exact same themes. Preachy, but at this point since it’s the last issue, nothing matters anymore. Because we’re already familiar with Claudio, who was SuperPro’s friend and ally the last time we saw him, his “villainous” turn in this issue makes for the first – and last – nuanced villain in the comic’s entire run.

SuperPro is bad. It’s largely an unintentional comedy, with the best issue being an intentional comedy. All the characters are stereotypes with absolutely no depth. Jane is the girlfriend, for example, and nothing more; the most memorable thing that happened to her was getting kidnapped. And with the exception of Claudio/Repulsor, all the villains were moustache twirlers.

The comic only exists because the writer wanted free NFL tickets, but what exactly were Marvel’s expectations? How successful did they think SuperPro would be? He had his own trading card and bendy toy, so maybe there was some hope he would take off in some way.

Also, how far did the writers plan ahead? What completed SuperPro scripts never saw the light of day? The letters pages a couple issues ago mentioned that Phil’s niece from issue 9 was going to return. Who else was supposed to show up again, I wonder – maybe the Headhunters? 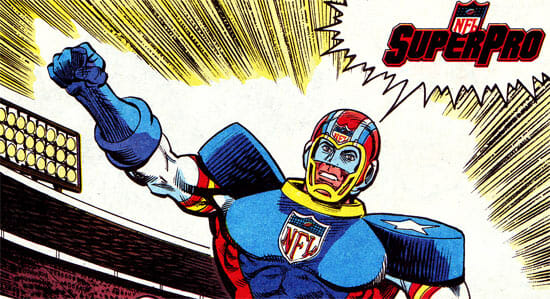 Is this the last we’ll ever see of SuperPro?

One thing I did like about SuperPro was the recurring gag of people not knowing who he was because he’s such an incredibly minor superhero. “Don’t worry, SuperPro will save you!” -“Who?” This rings even truer now.

But does SuperPro have a future? Will he someday return? The rights are likely tied up because of its association with the NFL, like how Marvel wasn’t allowed to use ROM after their deal with Parker Brothers expired. Just recently, though, IDW acquired the rights to ROM and he returned in his own comic series for the first time in 30 years!

SuperPro in a nutshell

Could SuperPro make a similar comeback? Highly doubtful, but anything is possible. For all we know, he might have a cameo in Avengers: Infinity War – the first to die at the hands of Thanos! 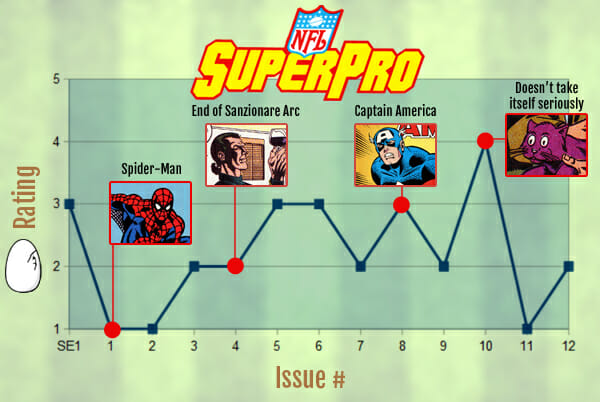 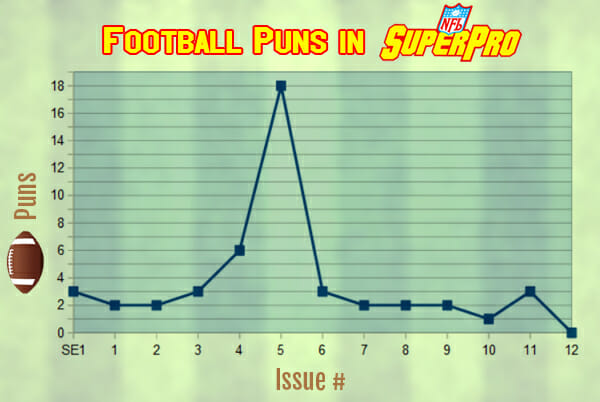