Another year, another visit to Dallas Comic Con. I went there in 2015 and I went there again in 2016. More toys, more comics, and more stuff to look at. 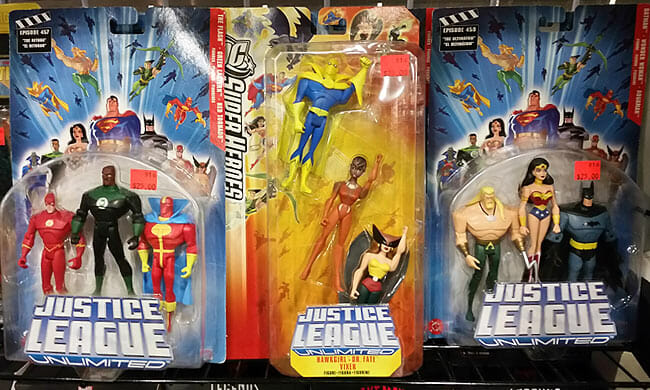 I miss Justice League Unlimited. Remember when these 3-packs were on clearance in Target? How times change. 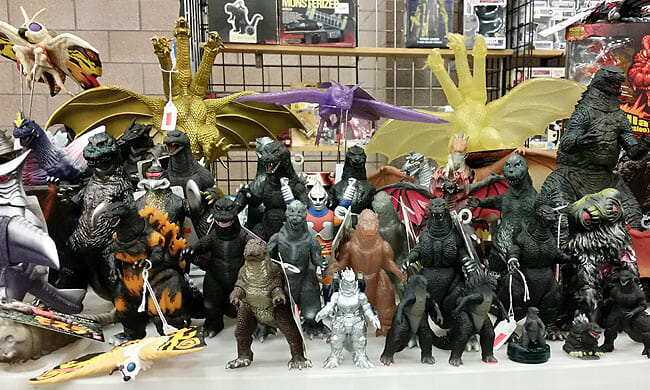 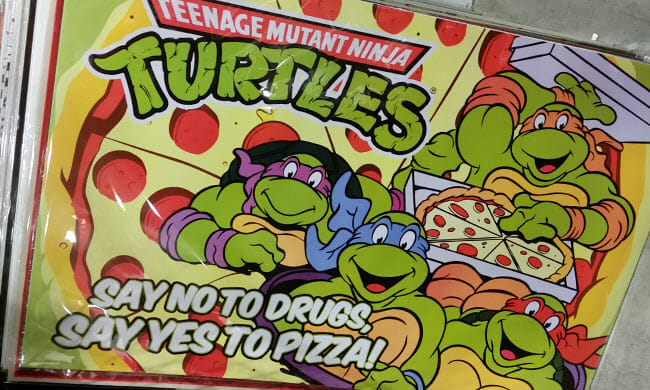 This poster must have come out the same time as Cartoon All-Stars to the Rescue. 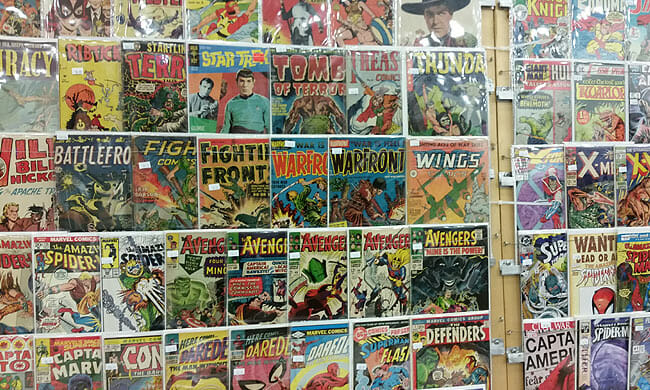 Of course there were millions of bins full of comics to dig through, but some very old (and very expensive) comics were also on display. 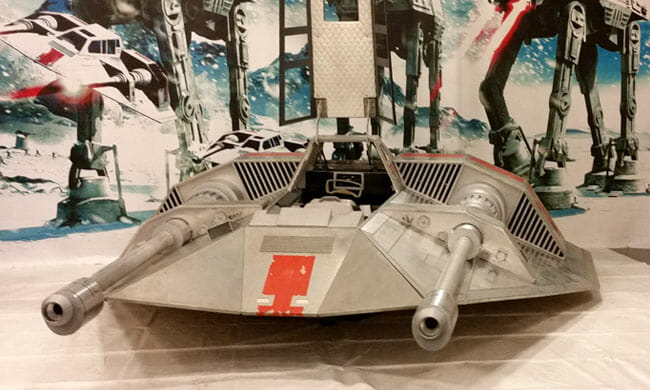 The snowspeeder was back; $25 for a photo op. 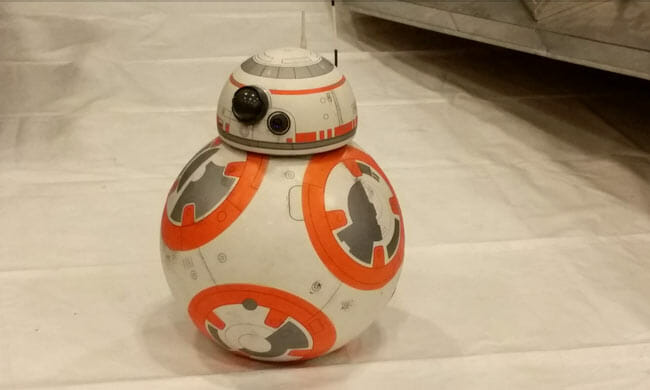 But this time BB-8 was there. 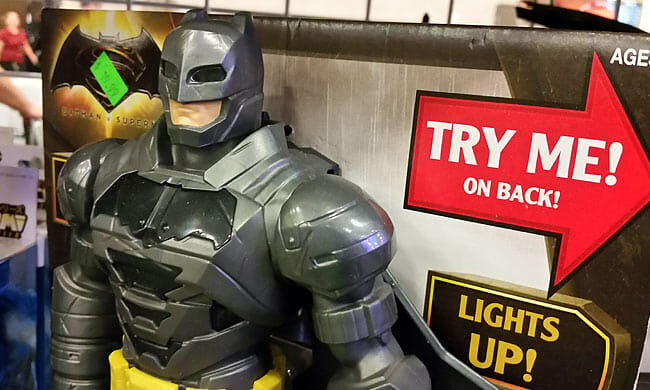 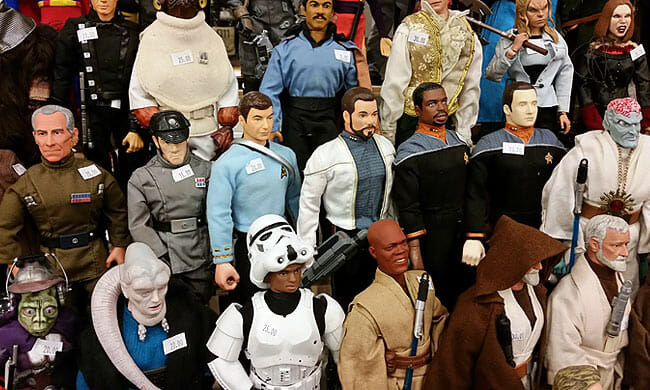 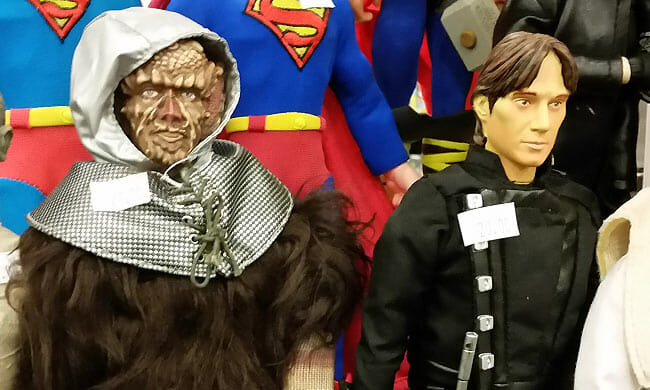 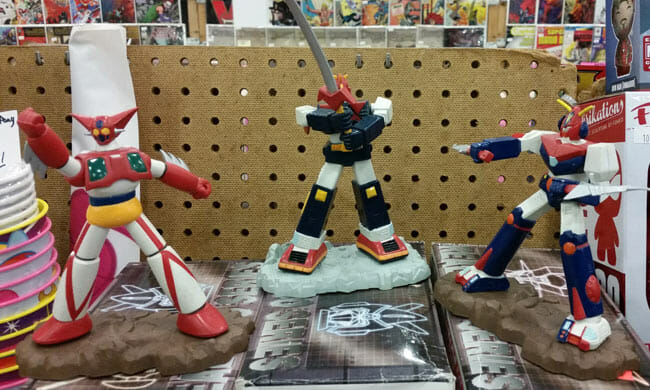 These tempting robots were back and my friend forced me to finally get one – Combattler V! (right) 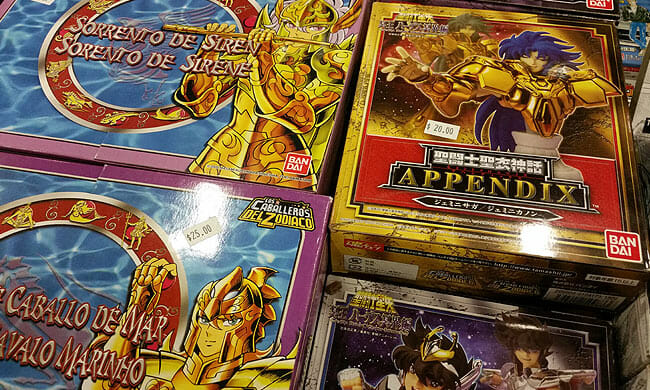 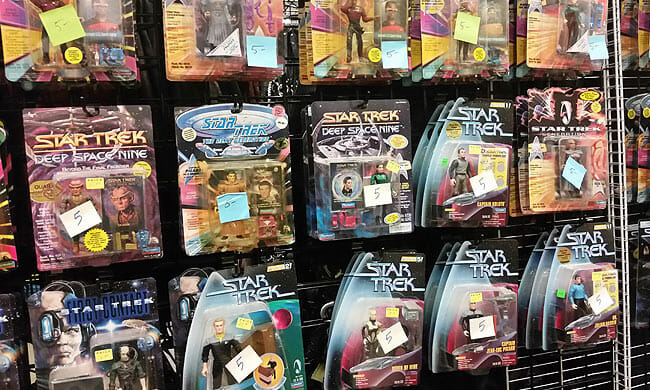 Playmates Star Trek action figures sure haven’t gone up in value since the ’90s. 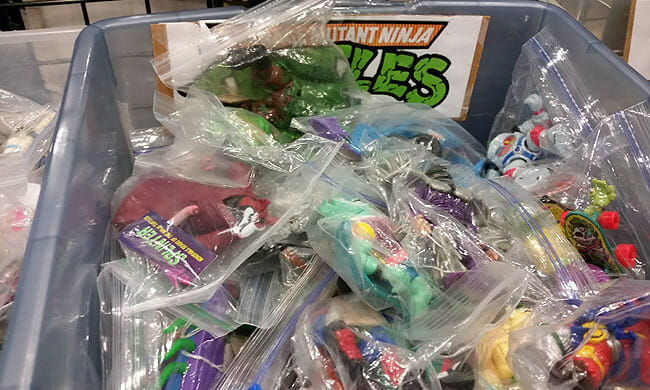 Most of my time was spent digging through the toy bins belonging to a nice couple. They’ve been my main stop at comic cons for years because their prices are just so cheap! 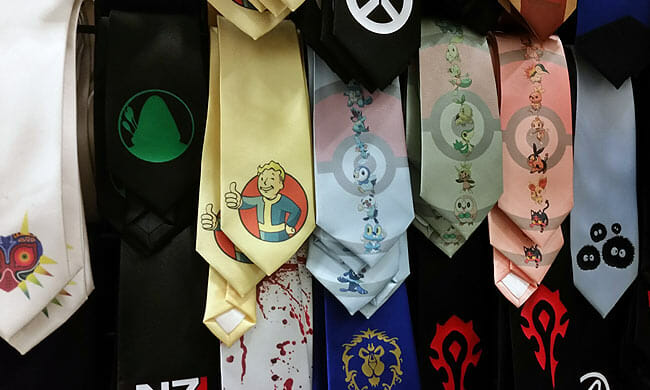 Ties for the professional look. 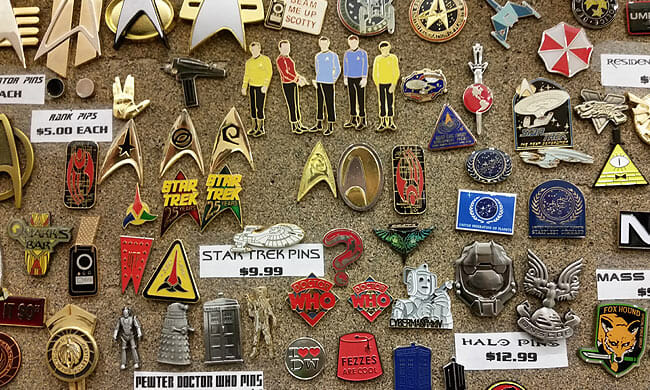 Pins have made a major comeback as of late. 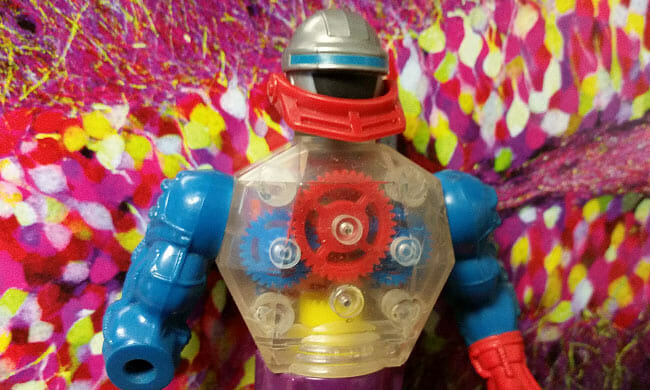 Roboto, so Mekaneck has a Masters of the Universe friend to keep him company. 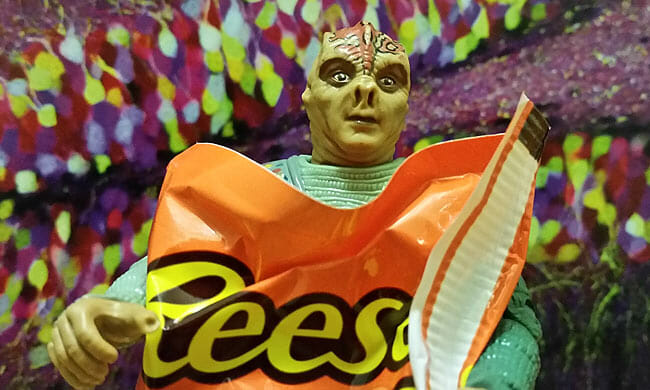 Captain Dathon because Darmok and Jalad at Tanagra. 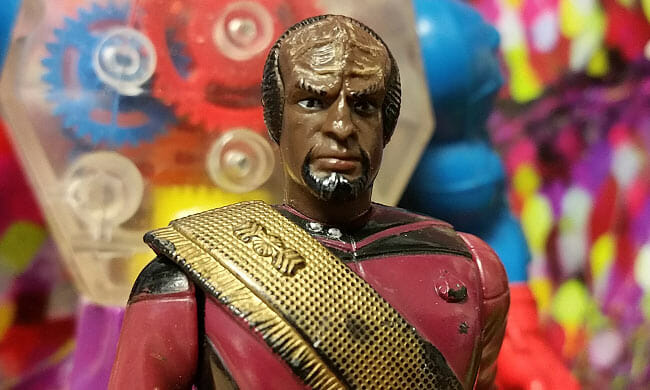 Season 1 Worf, back when Galoob had the Star Trek license. 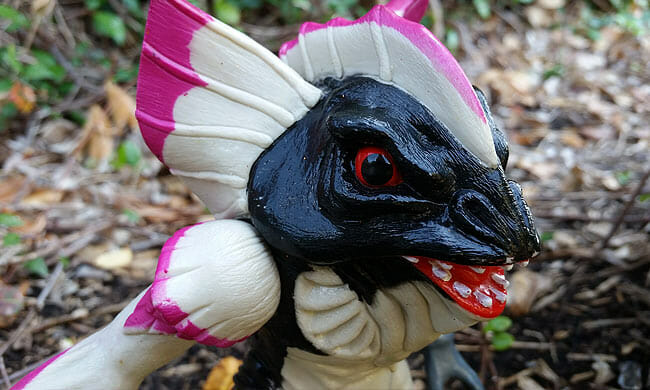 And last but not least, Pirantishead from Power Rangers! He beat the crap out of the Rangers once, so I had to get him.