I’ve been to a handful of comic cons over the years. I love comic cons (especially when there’s no entry fee!), but what I like most about them are the dealers room. It’s pretty much a flea market exclusively for geeks of all types. From the casual people who like to buy old, used junk for 50 cents, to the extreme collectors who want to shell out the big bucks for unopened toys from the 1970s.

Allow me to take you on a journey through some of the amazing sights I spotted at the Dallas Comic Con a few months ago. FYI: This wasn’t the busiest day of the comic con, so there weren’t any noteworthy cosplays. This post will be all about stuff! 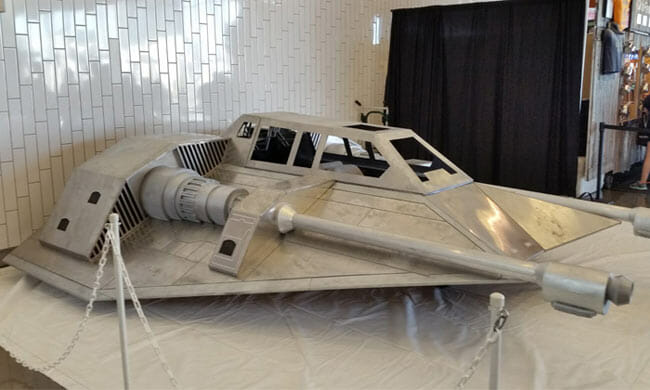 Before we get started in the dealers room, check out this full-scale replica of the snowspeeder from Empire Strikes Back. Was it a working replica? Who knows. No one was allowed inside the cockpit (that I know of). 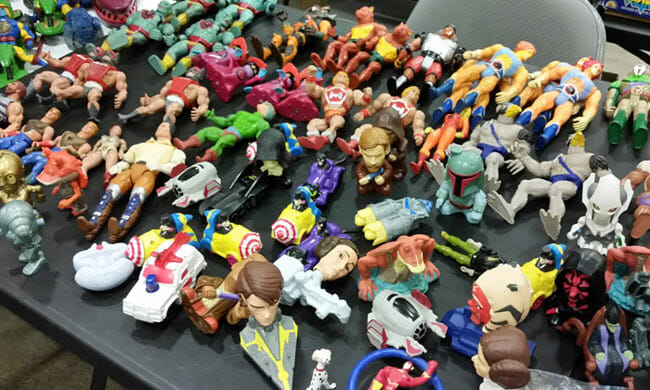 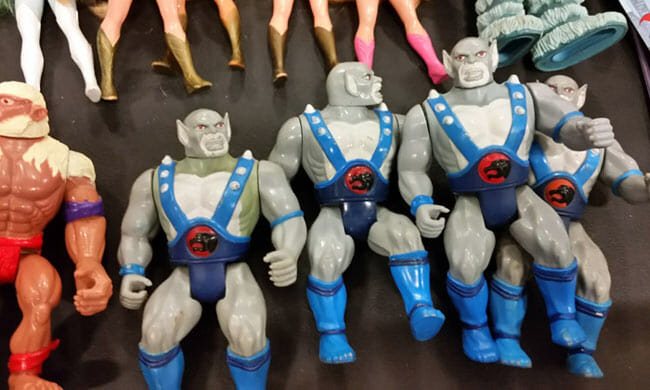 Think of what all you could do with FOUR Panthros! 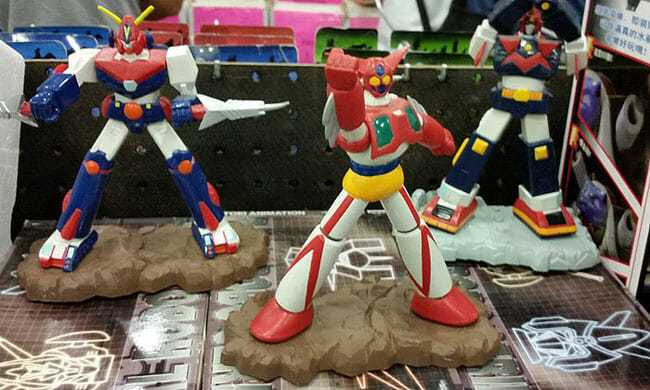 I always get tempted by these guys. Which one’s your favorite? 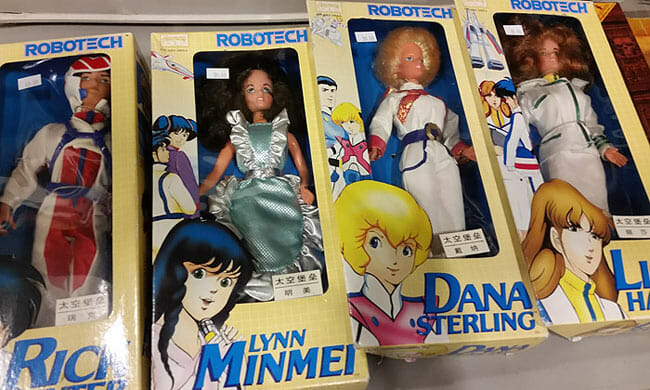 These are interesting – Robotech dolls marketed to girls. 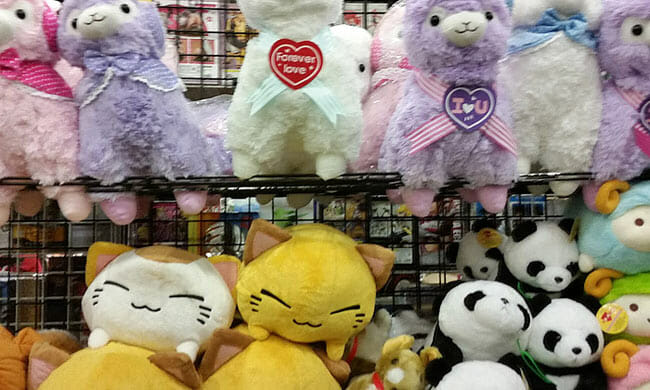 Just to show that action figures weren’t the only things available. 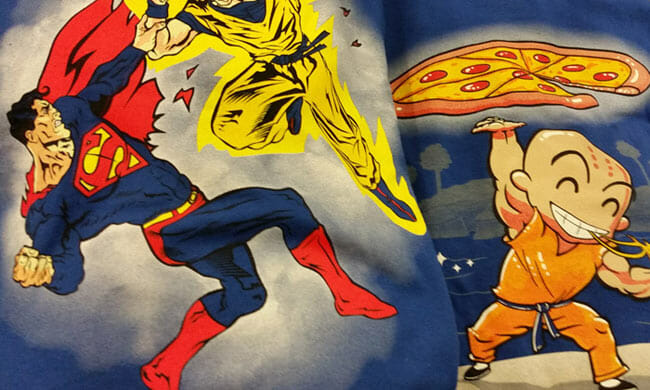 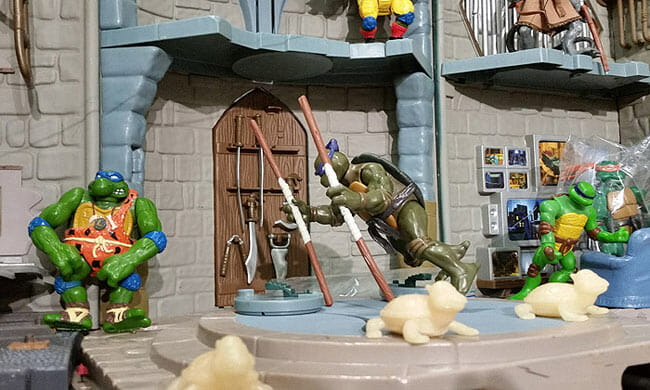 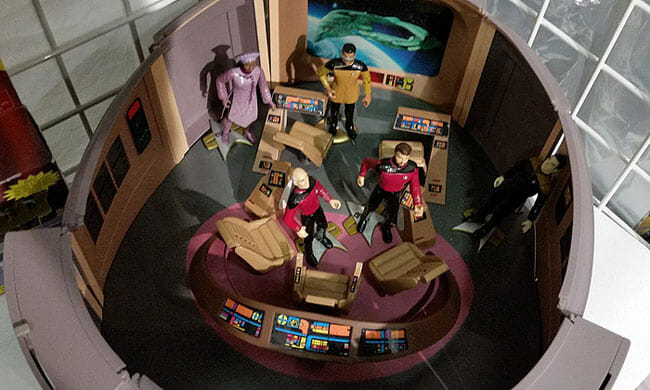 Then Star Trek. I was too afraid to look at the pricetag on this one. 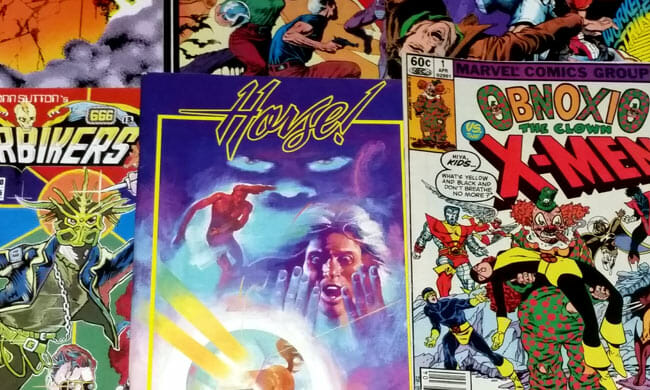 As I dug through some cheap comic bins, I overheard a vendor trying to sell an old Millennium Falcon toy to someone. He sounded almost exactly like a used car dealer! Talking about missing pieces but throwing in a bonus (this case a Han Solo figure) to compensate – and yes, the customer did indeed buy the Falcon.

I told myself I wouldn’t leave without a Masters of the Universe figure. It was getting late, the vendors were starting to close shop. I rushed to the guy selling bagged MOTU toys. Mekaneck was one of my favorites because of that one episode of the 2002 show where he admits how much he sucks: “I can stretch my neck and look at stuff.” 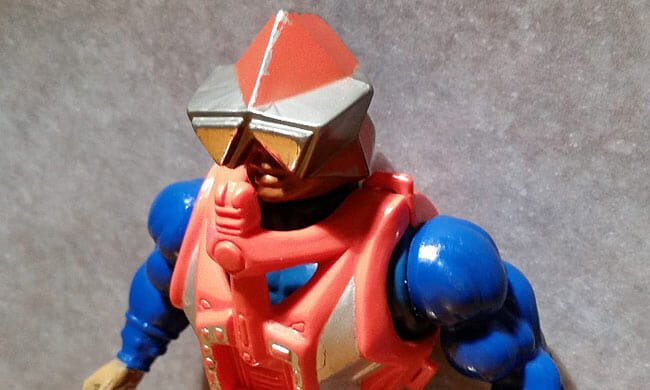 I found a Mekaneck, but then I found another Mekaneck that was cheaper. Sure, he was missing his club and couldn’t stand properly…but I made my decision. This misfit, unwanted figure was the Mekaneck I needed. 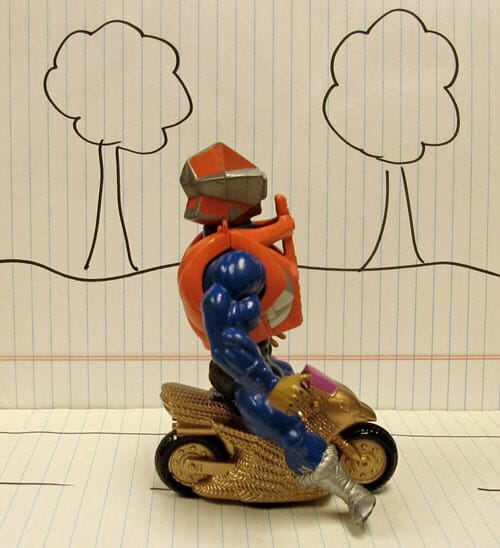 And now he has a bike! All’s well that ends well.