It was my first time going to this con and I found myself in unfamiliar territory. But as soon as I looked in my rearview mirror and saw that the car parked behind me had an Autobot sticker, I knew I made it to the right place. 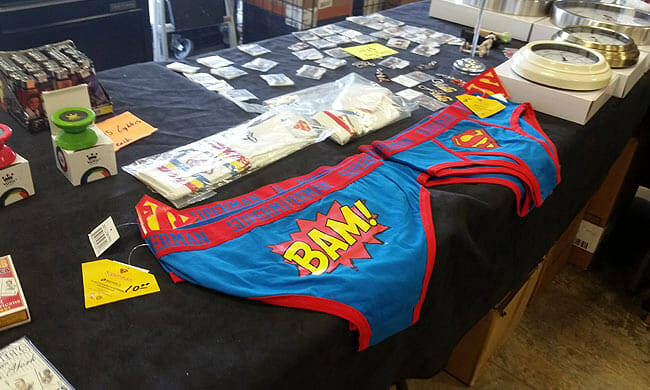 It was a small con (its only media guest was some Football guy), but that doesn’t outright mean it’s bad. On the contrary – there’s an old adage that the best cons are the small ones. 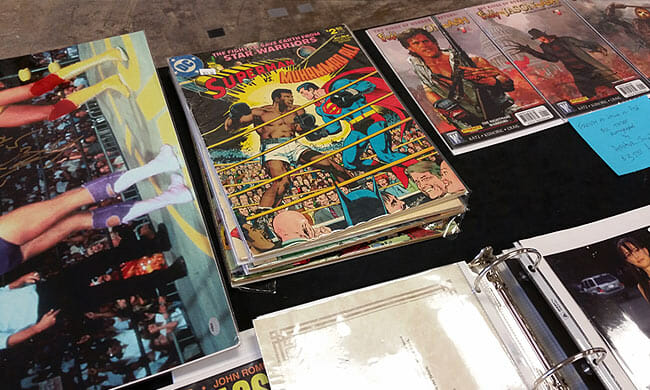 Near the entrance I was presented with a pair of free 11 x 17 posters: one commemorated the con with what looked like a Macross Valkrye, while the other was for Dragon Ball Z: Resurrection ‘F’ (probably a leftover from last year’s theatrical screenings). Yoink! 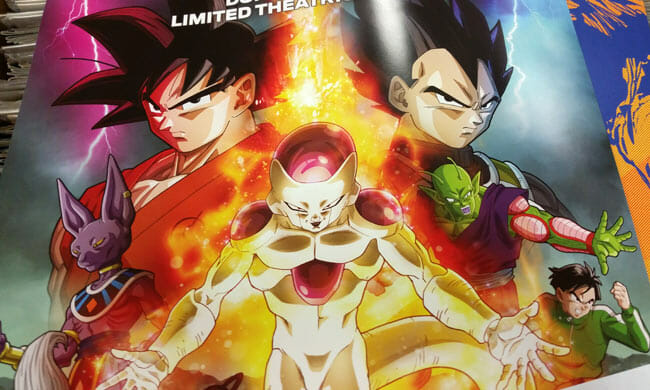 This con seemed more focused on artists and actual comics than toys as there were too few bins of cheap toys for me to dig through. Here’s one full of old McDonald’s toys: 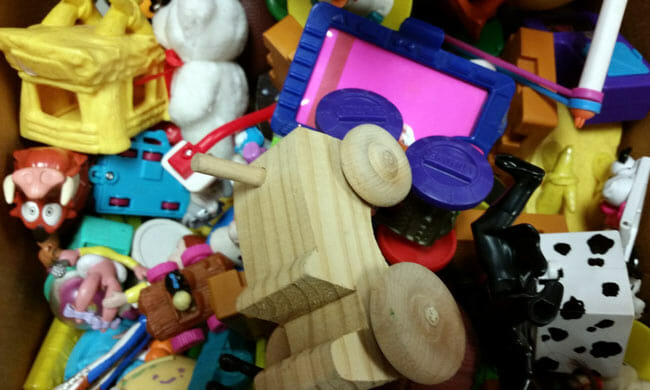 Some of the artwork was pretty neat/fun/weird (get schwifty!): 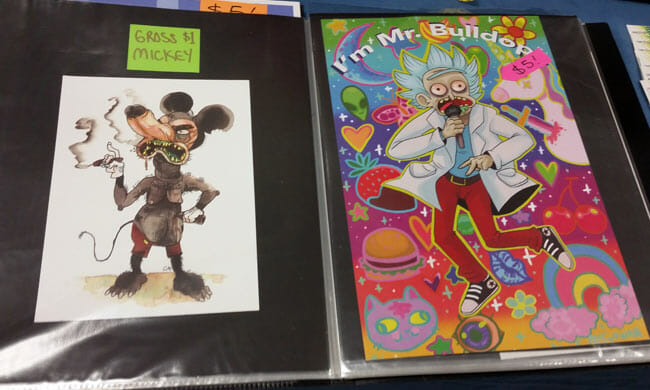 Framed photos autographed by celebrities, both sports and genre actors, adorned the far wall. Wait a sec…$270 for a photo of Big Tiny from The Walking Dead? 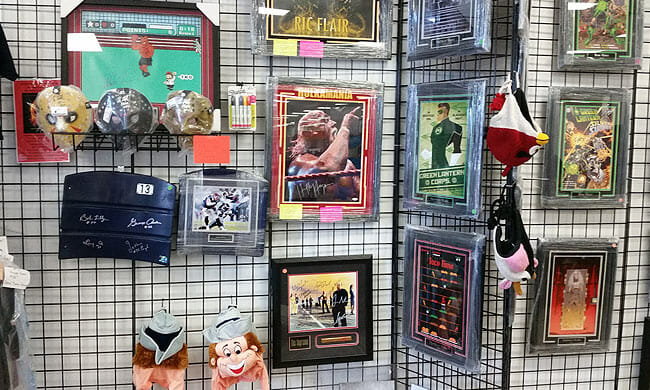 I strolled by another artist’s table and realized the artist was a former classmate of mine. We took creative writing together; I remember she once went into an impassioned rant against the film Avatar. 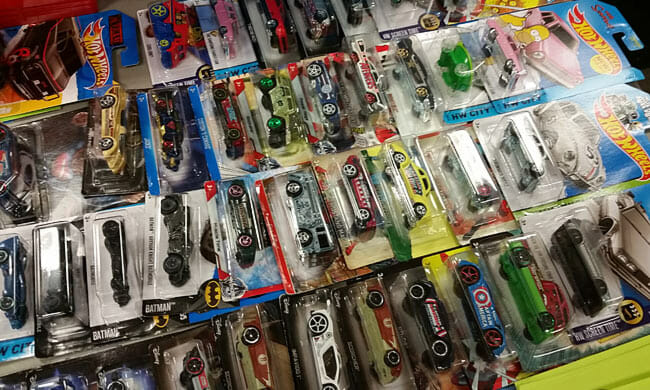 Most of my time was spent flipping through the cheap comic bins. 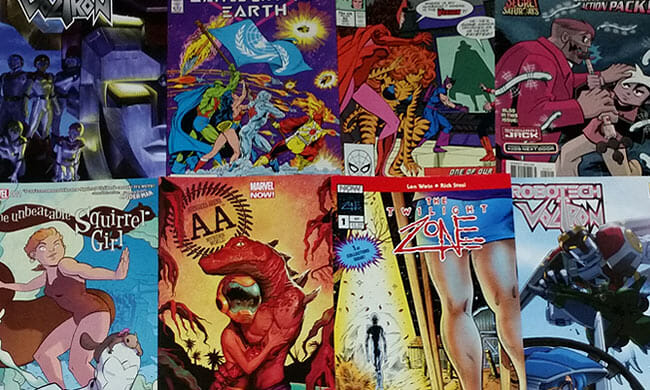 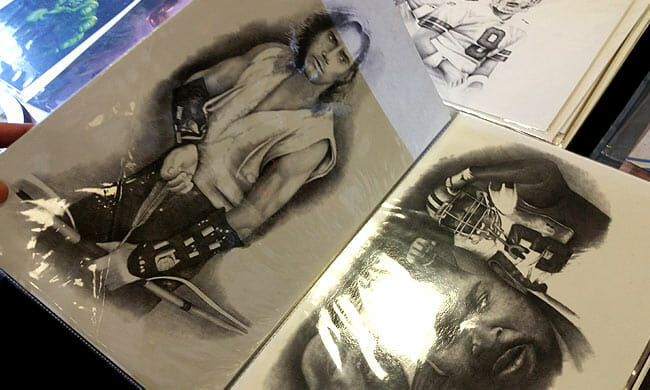 This creepy John Goodman as Fred Flintstone doll will forever haunt my dreams. 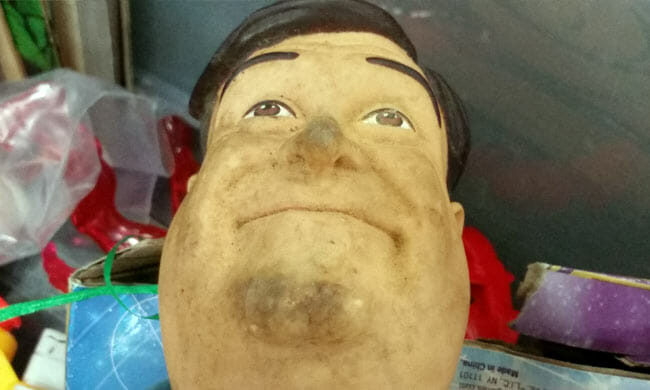 Yes, this is a table full of comic book character-flavored soap. Why do you ask? 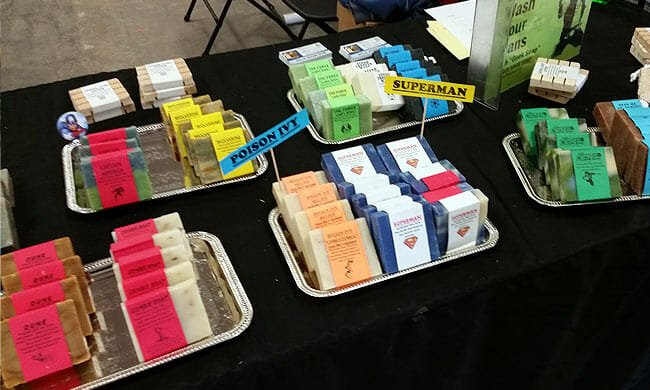 In the end, the small scale of the con was charming, but at the same time it meant there was less to see, so I didn’t quite enjoy it as much as some of the others I’ve gone to. 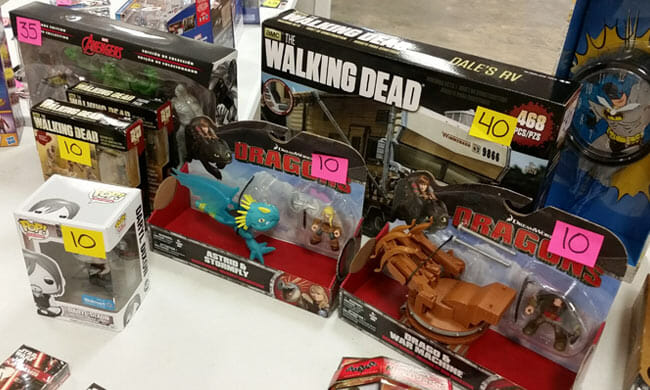 But it was a welcome change of pace.