A woman moves to a town in the middle of nowhere that’s home to a vicious werewolf. 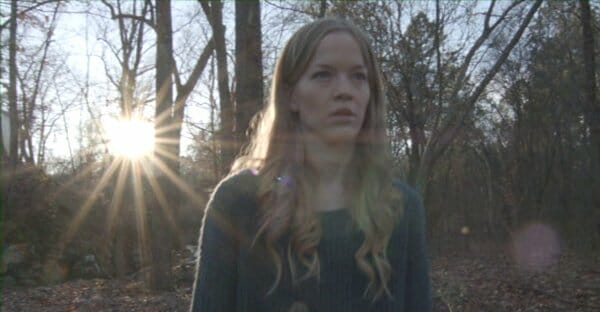 Recovering alcoholic Emma heads over to a house owned by her family in the middle of Arkansas. There, she meets family friend Wayne and his nephew, Johnny Lee, who seems a bit creepy and awkward. He introduces himself by emerging from the shadows at night to say hi to Emma while she’s out on her balcony. 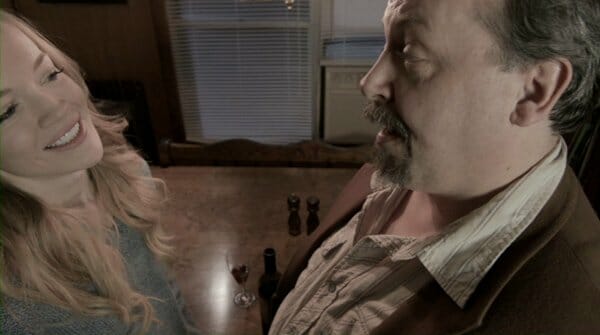 Emma and Wayne in a really weird camera angle

But in actuality, Johnny Lee’s the nice one and Wayne’s the creepster; Emma invites Wayne over for dinner and he gets drunk and handsy, forcing her to kick him out of the house. She immediately heads over to Johnny Lee’s place, where she finds he’s been mauled by a wild animal (a werewolf). 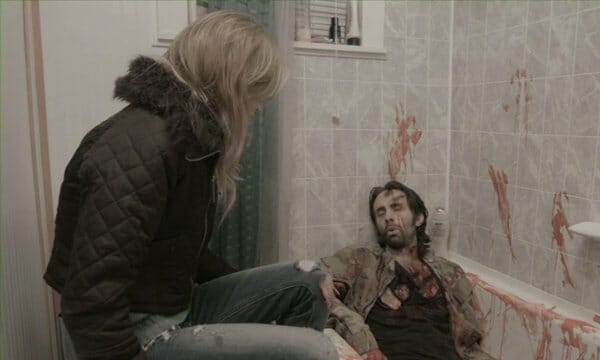 Emma drags him all the way back to her house and nurses him back to health…instead of, y’know, taking him to a hospital. The following evening, he starts acting weird and craving meat. Wayne arrives, drunk again, wanting to apologize to Emma for his behavior, but gets in an argument with Johnny Lee and shoots him. 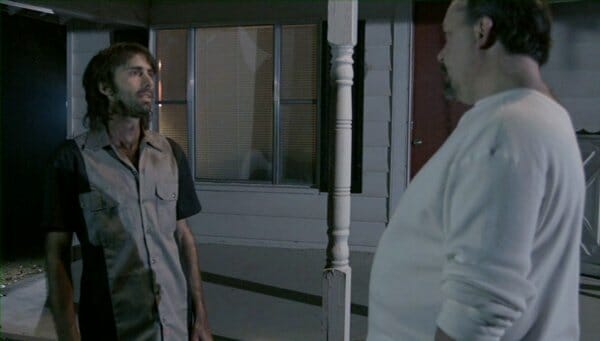 Then the werewolf that mauled Johnny Lee shows up, kills Wayne, and chases Emma down. It reverts to its human form and tells Emma he knew her father and that there’s something inside her (?). She becomes a werewolf and then, uh, the movie ends. 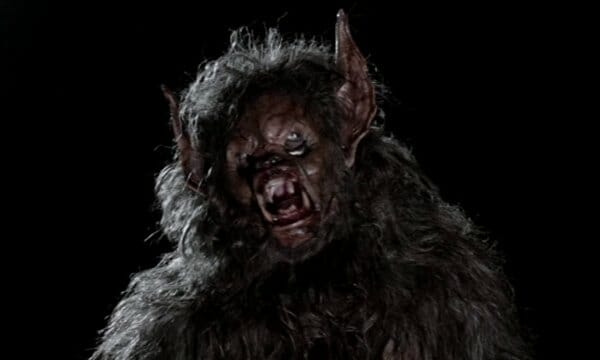 One of the few good looks we get of the werewolf

For a cheap horror film that looks about on par with, say, The Gold Retrievers, it’s easy to blame the low budget for all its problems, but that’s not the case. It’s actually decent-looking for what it is. The werewolf was a guy in a suit, not CGI, but doesn’t look too bad, and its appearances are always very brief, anyway. When Emma freaks out and starts running the first time she sees it, I got a tiny tingle of terror and tension – this is good! 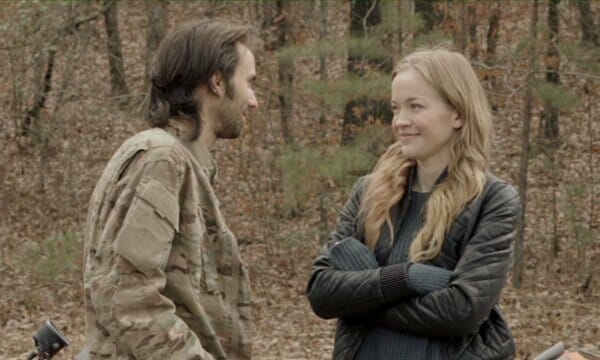 Where it fails is in the pacing and lack of cohesion; The film spends the first 3/4 being slow, meandering, and accomplishing very little. Then, as soon as we reach the last quarter, all this crazy stuff happens: Johnny Lee dies, the werewolf shows up, the werewolf knows Emma’s dad, and Emma becomes a werewolf! It just ends right when it gets the potential of being interesting. 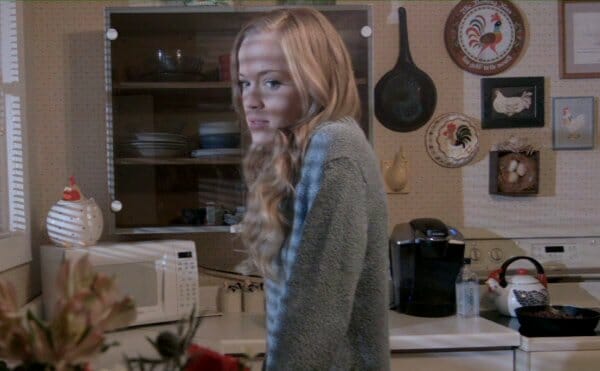 I love all the chicken stuff in Emma’s kitchen

I’d also like to mention that Johnny Lee had a very unceremonious demise. I thought he was going to become the good werewolf to fight the bad werewolf…but I guess there was only enough money in the budget for one werewolf costume. 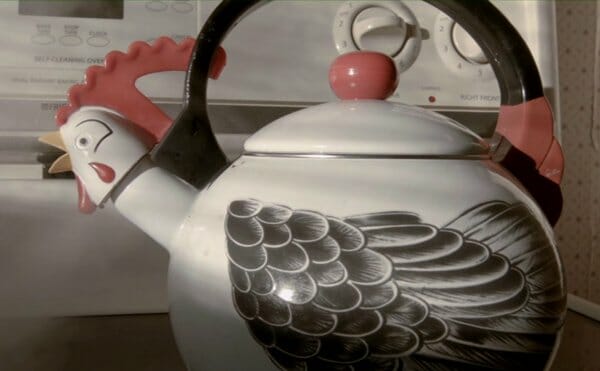 Look at this kettle!

A mostly unremarkable film that has spots of goodness, including unintentional humor from clumsy dialogue/acting, all wrapped in dullness and banality. Somewhat inspiring seeing what was accomplished on a limited budget, but at the same time, it could have been handled a lot better.