The Gold Retrievers was a film released in 2009 (that felt like it was released in 1999) and featured a boy, a girl, and a dog as they searched for lost conquistador treasure in…the woods outside their town. 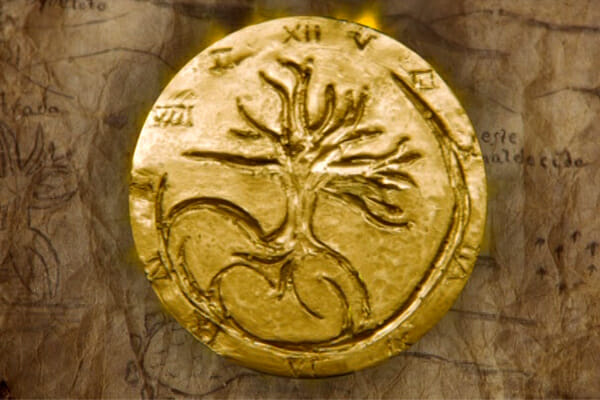 The medallion that started the whole escapade

The quest begins when the dog randomly finds half a medallion and gives it to the boy; its inscription leads to a map, which eventually leads to a cave filled with riches. Again, all in the wooded area outside their little town in California. 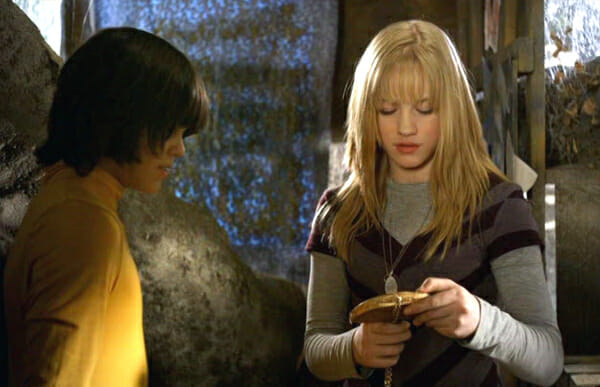 But wait – every good film needs an antagonist. Here, we have two bumbling crooks who tail our young heroes and try to steal the treasure, but of course they ultimately fail. I may have been influenced by my recent rewatch of Killer Klowns in Outer Space but these guys reminded me a bit of the Terenzi brothers. 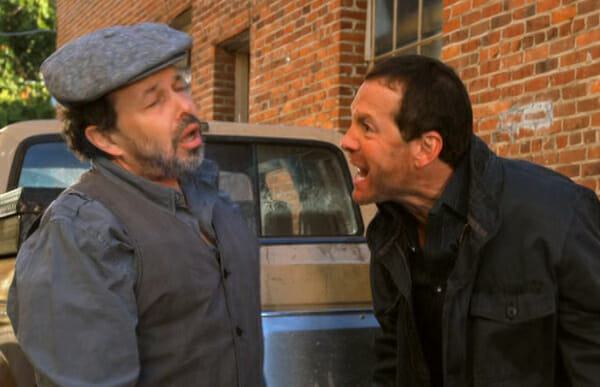 Oh, and there’s also a subplot about the girl’s dad, played by Billy Zane, who works for “Ultra-Mart.” He wants to buy out all the small businesses, but once the kids find the conquistador gold, this problem quickly goes away. 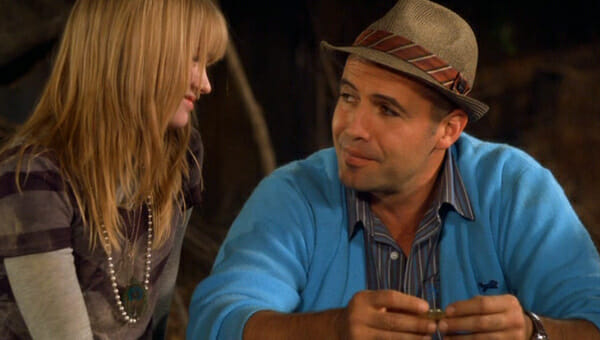 This seemed to be an attempt to make an Indiana Jones or Goonies-type film but made on an extremely small budget. Thus we’re left with nothing but dull scenes of kids outside walking around trees. There is absolutely nothing memorable about this film at all. Why does it exist? If you’re thinking about showing this to your children, don’t. Not when there are so, so many better options available. 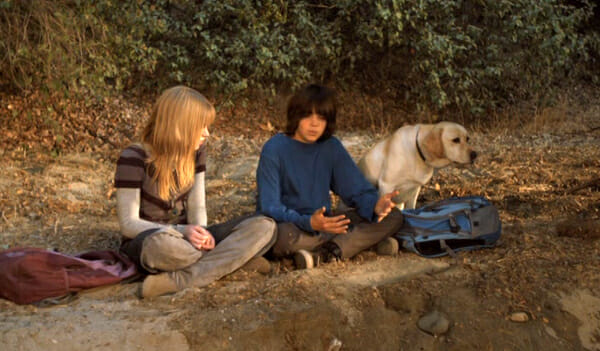 The dog has a surprisingly small role considering he’s the central figure on the poster (and the film’s title!). The main character, the boy whose name doesn’t matter, wears an awful mustard-colored turtleneck for half the film’s duration. There’s even a stain on it that no one bothered to take the effort to remove – that shows you the amount of care that went into this film. All the budget must have gone to getting Billy Zane on board for his three scenes. 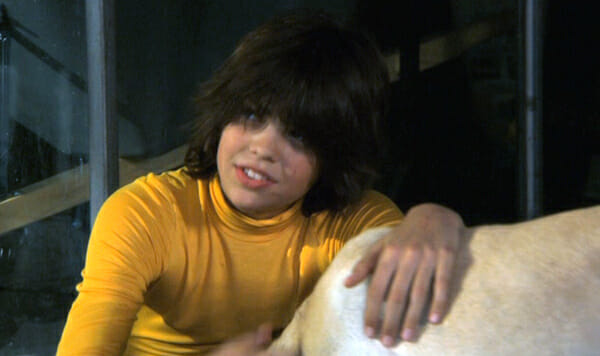 The only noteworthy thing about this film is that the actor who played the boy was recently cast to play He-Man in the upcoming Masters of the Universe film. So if you ever find yourself at the same comic-con as him, be sure to bring up The Gold Retrievers!