A Norwegian film about a girl who watches bandits murder her family before her very eyes, then murders them right back. 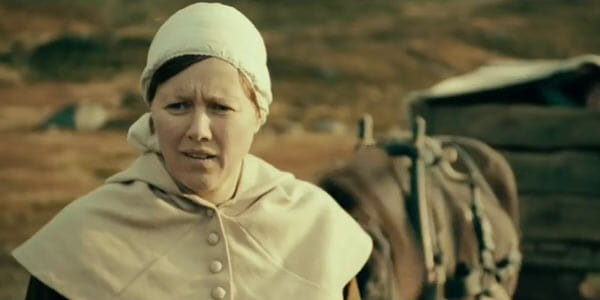 In Medieval Norway, we meet a family of peasants traveling by wagon. There’s papa, mama, son, and daughter Signe. Signe practices some archery, but sucks – better luck next time. 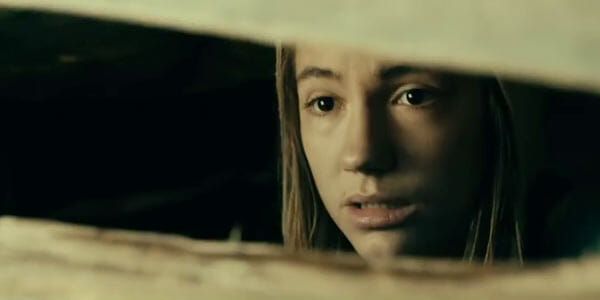 Signe watches her family get murdered

The family continues onward where they’re attacked by bandits, led by the ice cold Dagmar. The entire family is slain, save Signe, whom Dagmar takes back to camp with her. 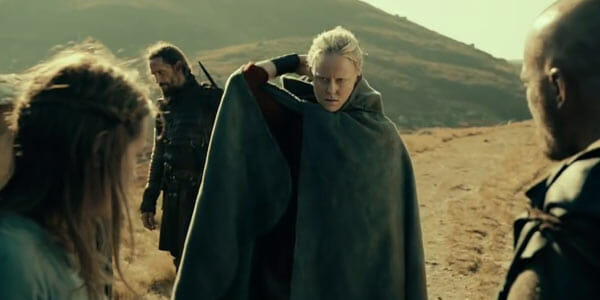 Signe spends the night tied to a tree; when morning comes, she is freed by a young girl – Frigg, Dagmar’s adopted daughter. Even Frigg knows Dagmar is wacko and wants out. She and Signe make their escape, but Dagmar and her crew follow closely behind. 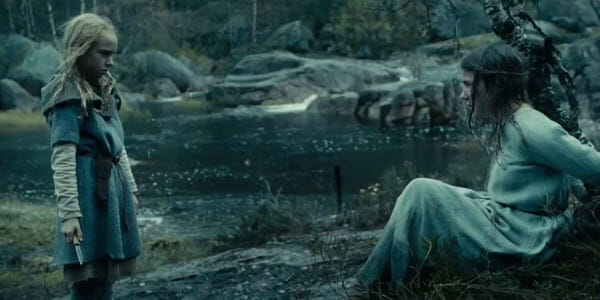 The girls are able to kill two of their pursuers: pushing one down a chasm and bashing another with a huge rock. 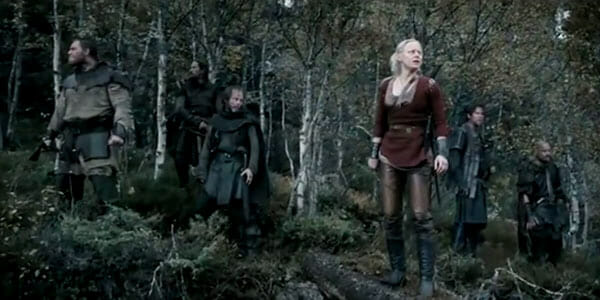 Dagmar and her bandits search for the girls

The young pair comes across a small cabin in the middle of some farmland; the sole occupant of this cabin, an older bearded man, welcomes them. I forgot his name, so I’m going to call him Aragorn. 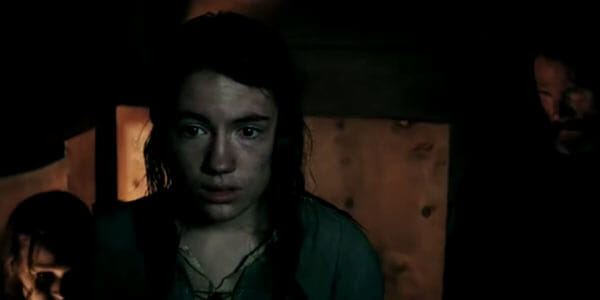 Aragorn gives us backstory on Dagmar: villagers thought she was a witch and threw her into the river with her (biological) daughter. She somehow survived, but her daughter didn’t.

Dagmar and her remaining bandits catch up. Aragorn puts up a good defense, but is mortally wounded. 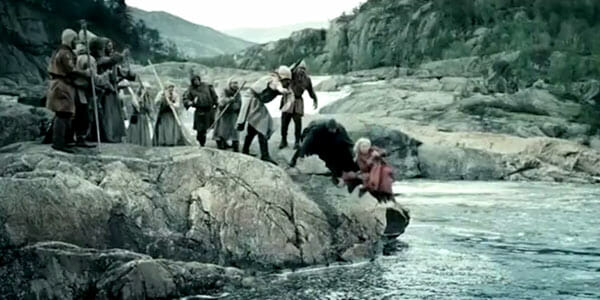 The girls escape the cabin but get cornered on a cliff atop a waterfall. Frigg gives herself up but Dagmar still goes after Signe, who jumps off the cliff into the river. 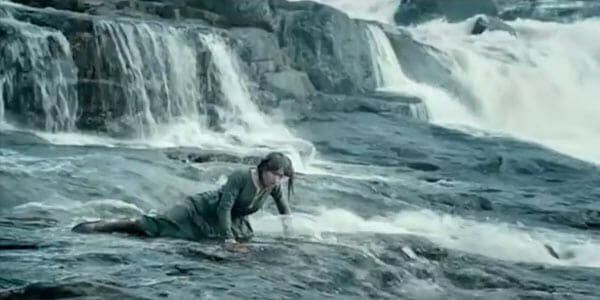 Signe doesn’t die, of course, and catches up to Dagmar and the others, killing one of the bandits with a bow and arrow (following her dad’s advice from the beginning of the film). Then she finally faces off against Dagmar herself, killing her with an arrow to the back.

Signe and Frigg reunite, and in the closing scene, bury Signe’s brother’s body. 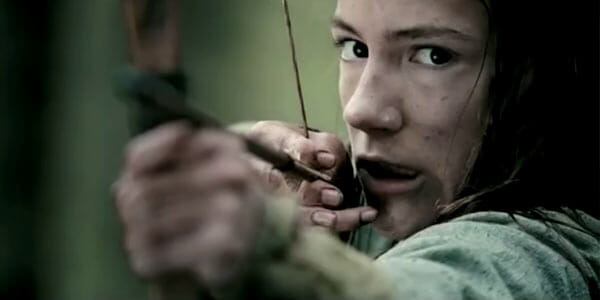 Signe masters the bow and arrow

What an exciting film! Granted, it’s pretty much a long chase scene (minus the short reprieve in the middle with Aragorn), as we watch our young, weak, inexperienced heroines overcome incredible odds through wit and luck. The film is well done, full of tense moments, where you’re afraid something bad will happen, and then, maybe it doesn’t happen, but then yes, it actually does happen. 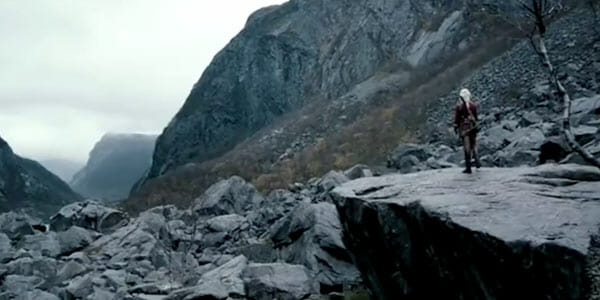 With its fairly short runtime at 78 minutes, Escape is of course more action than character-based, but what character growth we do get (mostly in Signe) is plenty. She and Frigg are easy to root for, and the bandits are all pretty bad and you want them to suffer – except that one guy who was boning Dagmar. He wasn’t the worst of the lot, but he died anyway.