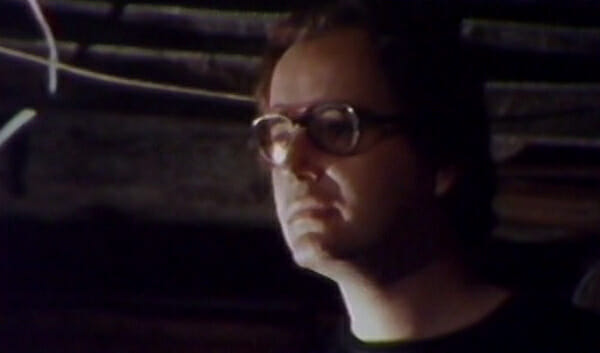 Doug has a weird dream in the opening scene

Unable to father children, Doug Drake turns to mad scientist Dr. Lucas for help in getting his wife pregnant via a radical (unexplained) procedure. 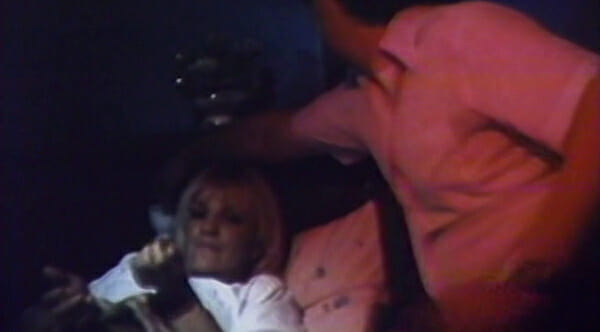 At the same time, Doug’s brother Don and his friend Fred visit Doug’s house to complain about it and drink all the beer. They find a tape recorder in the fridge (?) and reference The Evil Dead without actually mentioning it by name: “How’d that movie start that you’re always talking about? You know, the weird one with…all those weird things.” 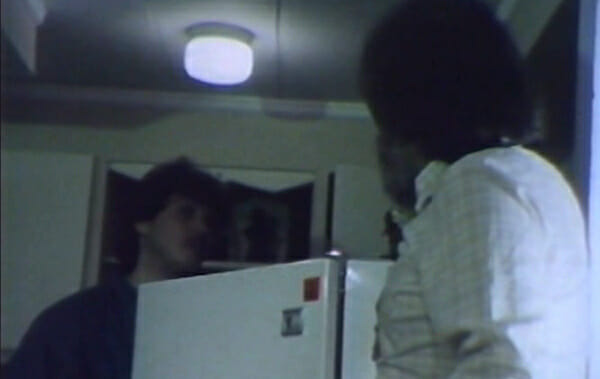 Doug joins Don and Fred to eat horribly bland sandwiches; Susan starts screaming and a “thing” – an ant-like creature with huge fangs like the Brood from X-Men – bursts out à la Alien. I’m not sure if she gives birth to multiple things or one thing that constantly reproduces, but either way, Susan is dead and the other characters nonchalantly talk about all the blood they see. 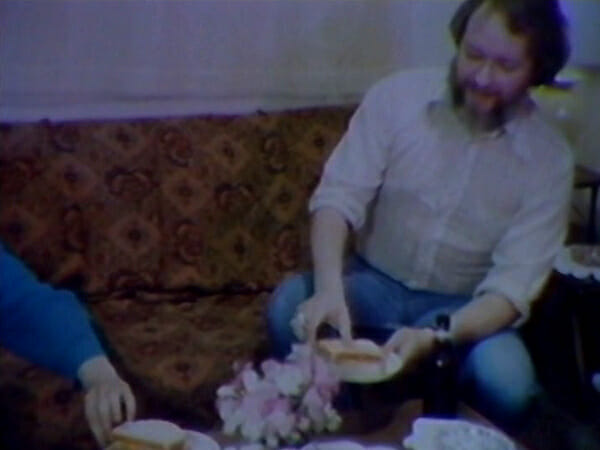 These are some bland-looking sandwiches

The things now scatter throughout the house and the power goes out – Doug and Don have to hunt down and kill them all. Fred kinda hunts them down too, but he disappears early on (I literally blinked and he was gone) then reappears with a chainsaw only to disappear again. 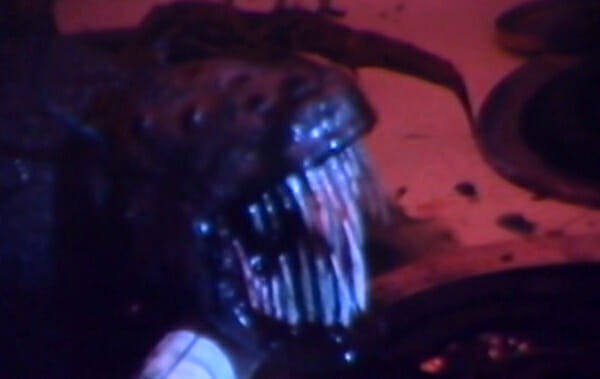 My, what big teeth you have!

After all the killing, Don is the only one left standing. Dr. Lucas arrives at the house and tries to frame Doug/Fred/Susan’s deaths on Don, who responds by shoving Lucas into a closet and running out of the house. 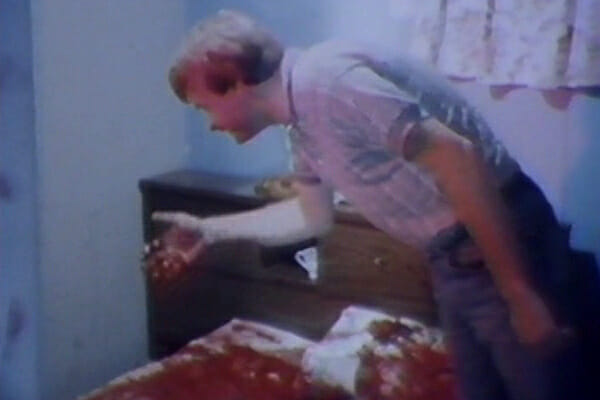 Don keeps running for a long time, until he comes across a friendly jogger and asks him for help. But wait! This part was a dream (?) and Don finds himself back in the house, muttering to himself “I’ll be okay” over and over again. 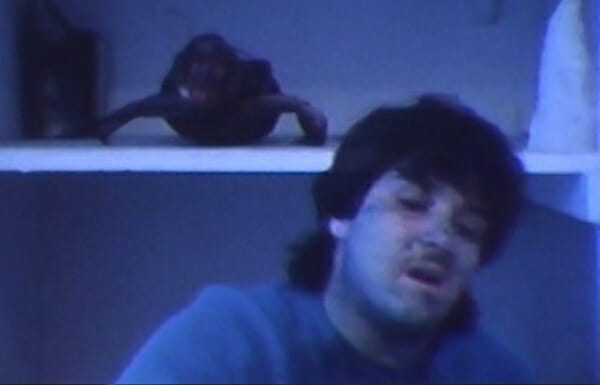 There’s one behind you!

Wow, where to begin? This looks like a home movie, what with the half-baked plot and dialogue, shoddy camera work (handheld, people’s heads are often out of frame when they’re speaking), the fact that it’s all filmed in a house, among many other things. But no! This had a budget of $30,000 CAD and many people worked on this film. I can’t believe it. 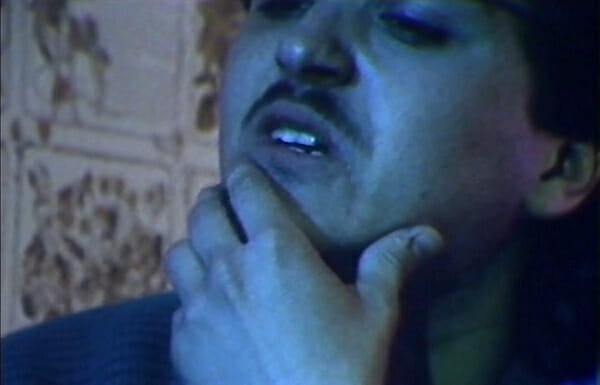 Don’s thinking about how his head is out of frame

All the dialogue in the house – as in, 90% of the film – was looped due to the loud camera and constant crew chatter. But it wasn’t looped very well; audio is out of sync or sometimes characters spoke and there was no audio, almost like it was a silent film. There weren’t a lot of sound effects either, but that at least fed into to the film’s fever dream quality. 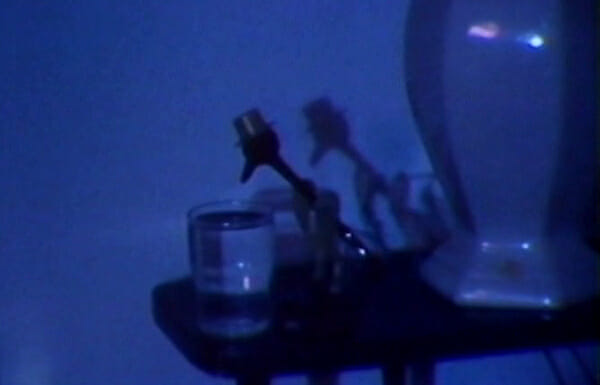 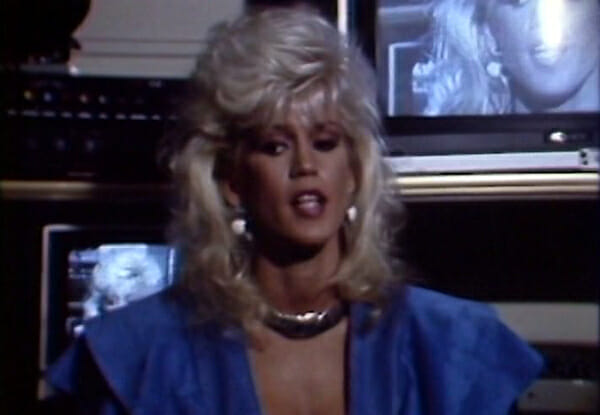 Really, the only enjoyable part of this film is the silly/weird dialogue: “You never told me you were a kindergarten artist.” “Well, you never told me that you were an asshole, either! I had to find out for myself.” 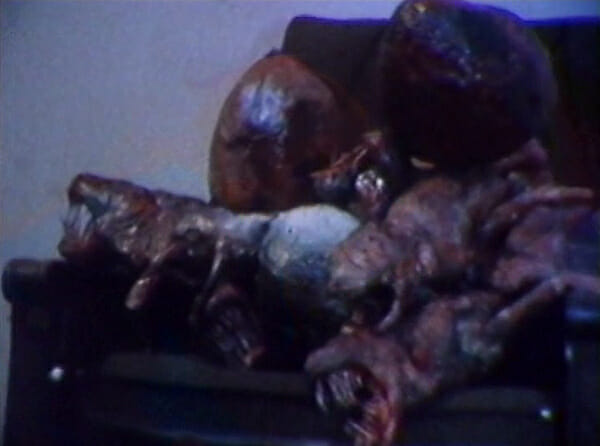 A pile of dead things

But moments like this start showing up less and less as the movie went on, as they’re replaced by the endless scenes of the characters wandering around the house and/or killing the things. 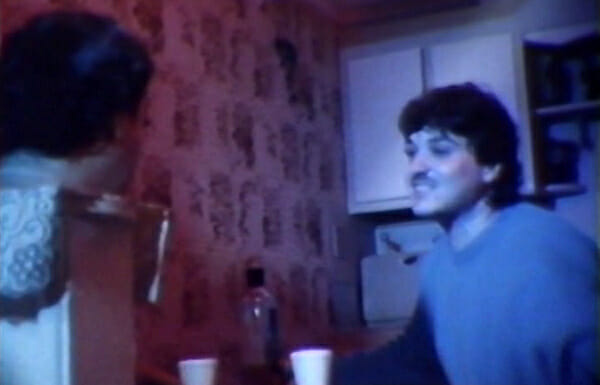 I found myself fast forwarding through a lot of scenes, but that didn’t help and it still took forever for things to happen. I had no idea someone putting on a shirt at 2x speed could take so long. 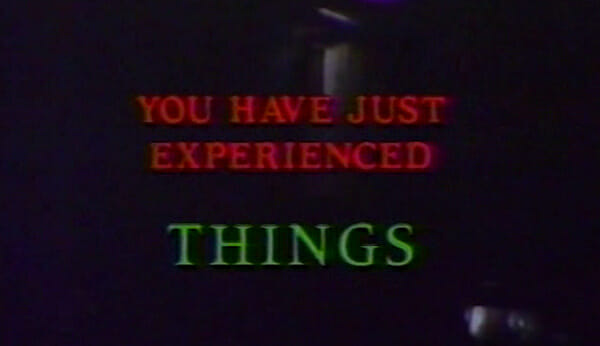 This isn’t a film so much as it’s an experience, but not one I’d particularly recommend.