I went to a mystical, magical place the other day with Tapes from the Crypt called Piranha Vintage. Once a month they do a VHS swap meet, where people gather outside the store with boxes and boxes of video tapes you can purchase, trade, or get for free. Just look at all these modern classics! 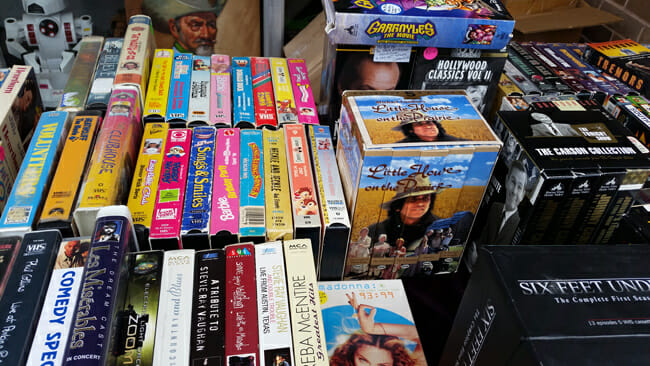 Remember when season sets took up the entire width of your shelf? 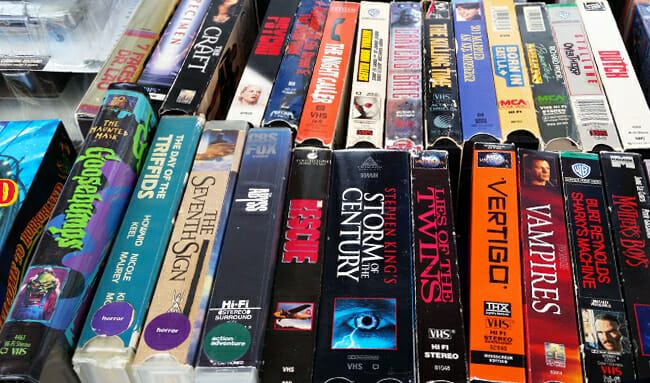 Everyone’s still waiting on that Blu-ray release of The Abyss, Mr. Cameron. 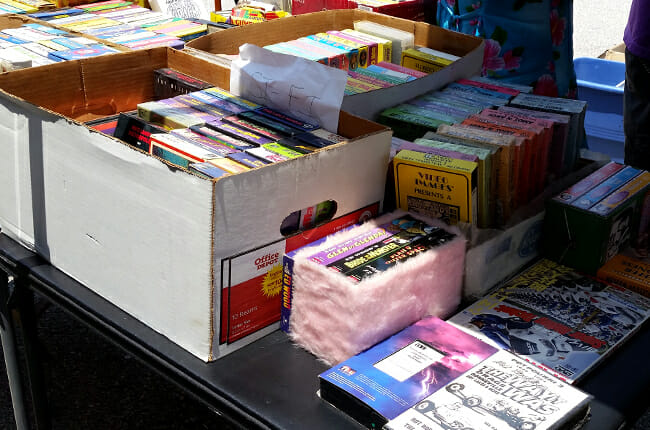 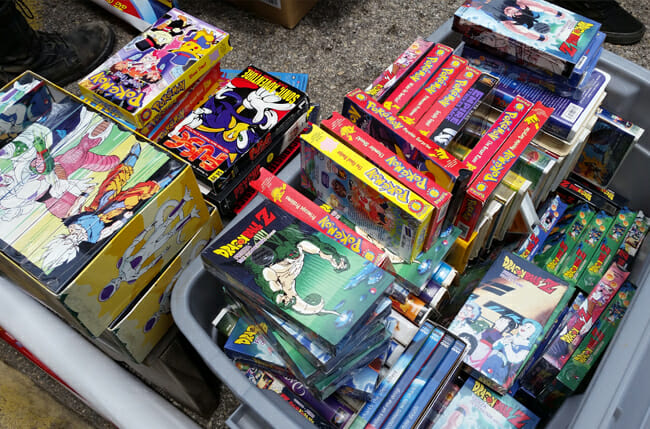 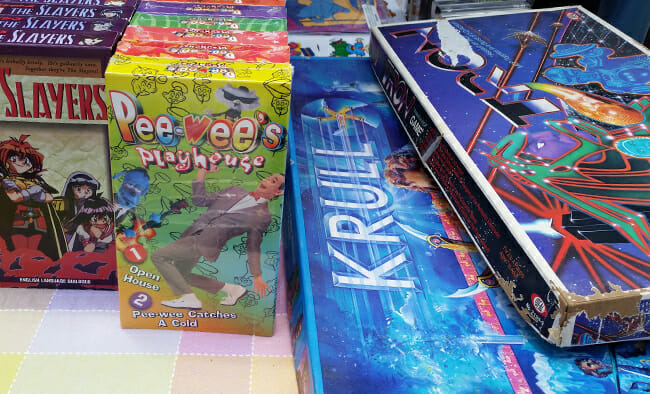 Krull and Tron board games! Please tell me the Krull game uses the glaive as a spinner. 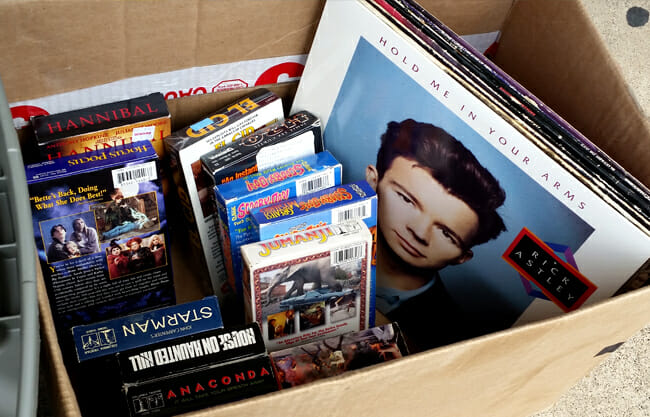 “Never gonna give you up, never gonna…” etc. etc. 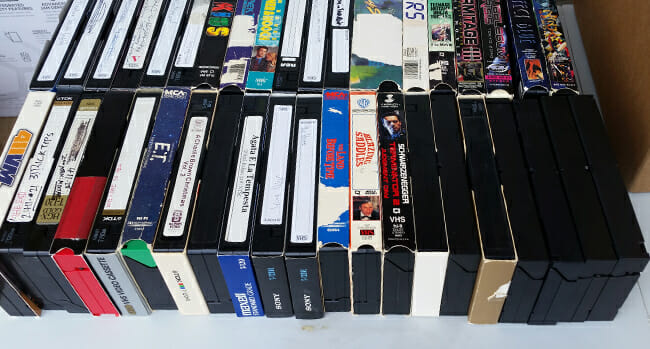 The real gold’s in these blank tapes with on-air recordings (RARE TV SHOWS/MOVIES WITH OLD COMMERCIALS). I asked the guy selling these tapes what was on them, but he said they were mainly skateboarding videos and old Simpsons reruns. Ehh, not enough to bite. 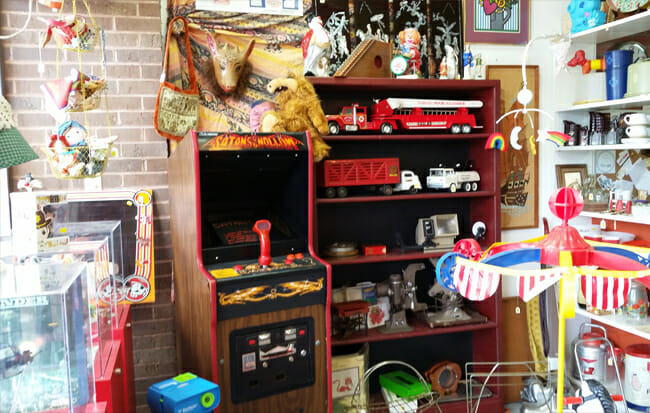 Like the TARDIS, the inside of Piranha Vintage was bigger on the inside. It felt like a macro-version of a comic con table: old stuff, new stuff, weird stuff, cool stuff. 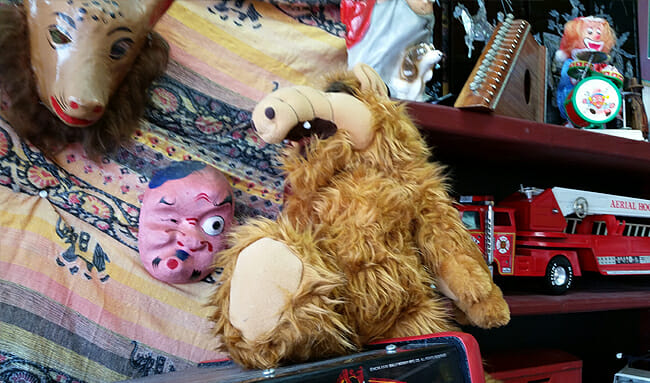 Alf is here to greet all visitors. 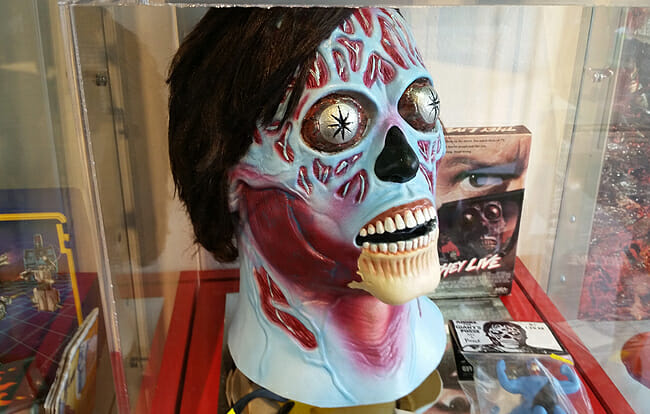 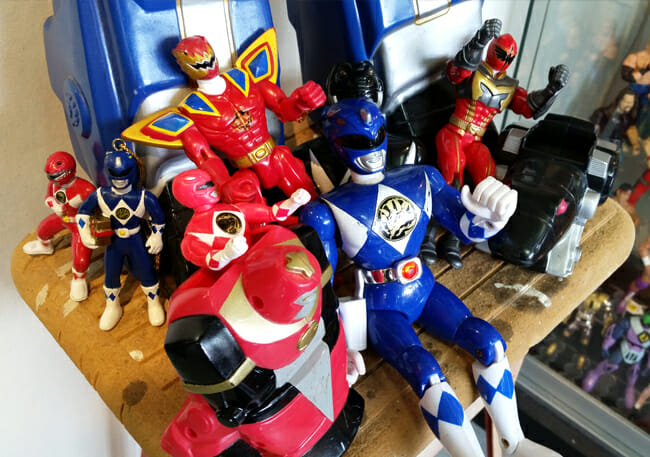 The Red Mystic Force Power Ranger on the upper right best describes how it feels to be inside this store. 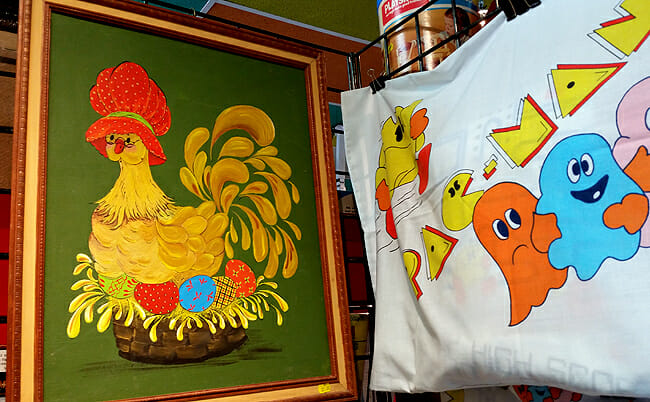 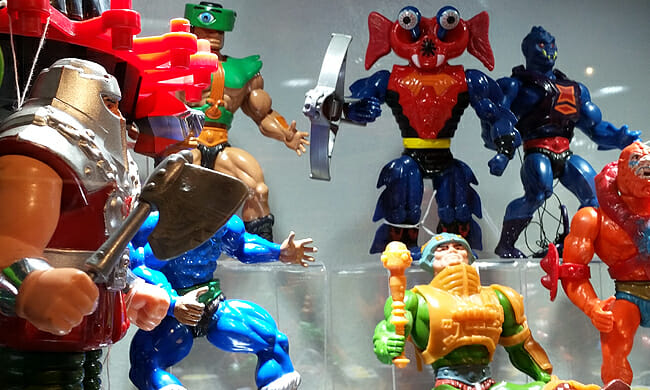 Batman, Winnie the Pooh, Masters of the Universe… 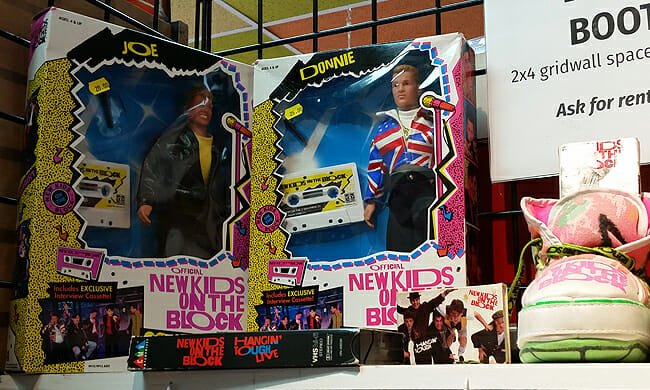 Even New Kids on the Block had a corner of its own! 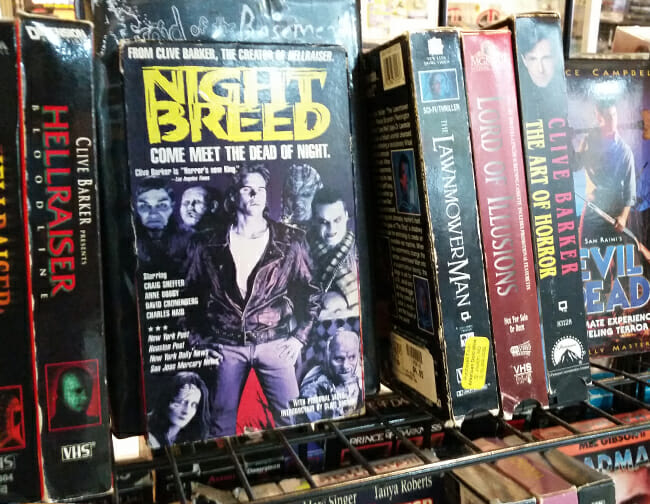 And had tapes you could rent. 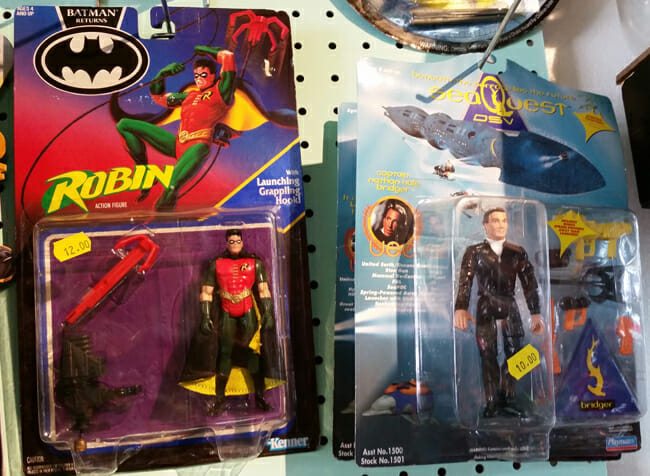 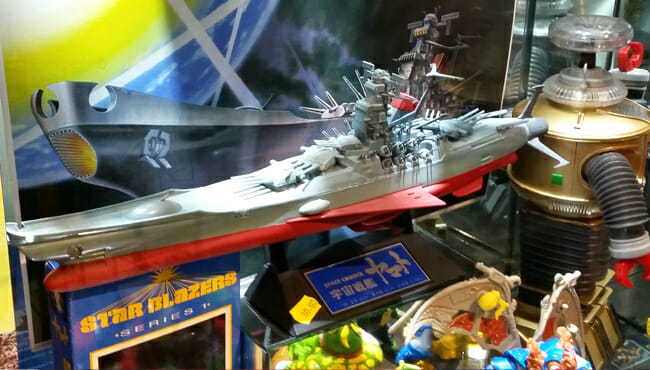 Look at this beauty! 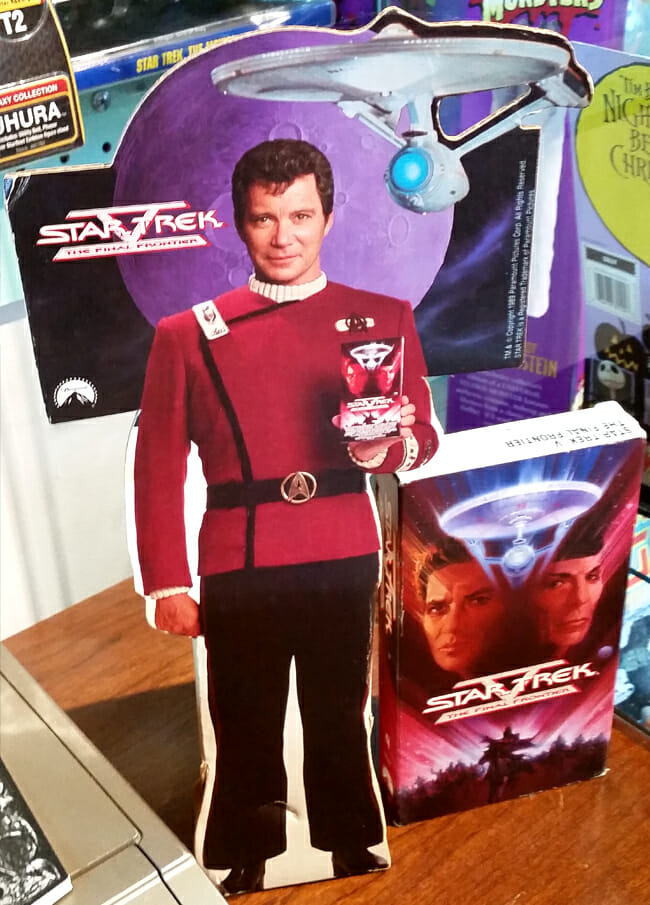