A nostalgic man travels back in time to his hometown when he was a child. 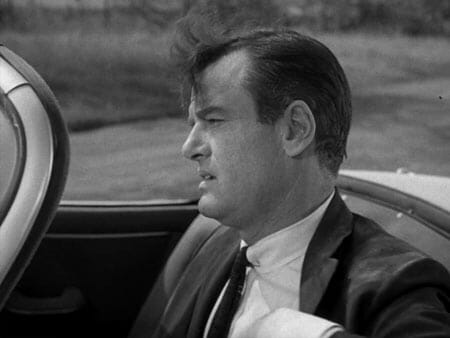 Meet Martin Sloan, the vice president of an ad agency; he’s a little cranky but that’s because he’s very unhappy with his life. He pulls in to a gas station to get his car serviced and muses to the attendant that his hometown, which he hasn’t seen in years, is within walking distance. The attendant, of course, couldn’t care less. 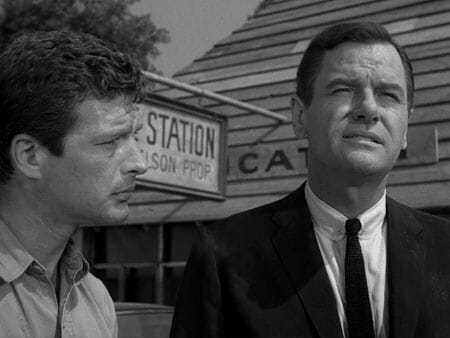 Martin walks over to the town and finds that everything is exactly the same as it was when he was last there. What he doesn’t realize until many scenes later is that he’s gone back in time! 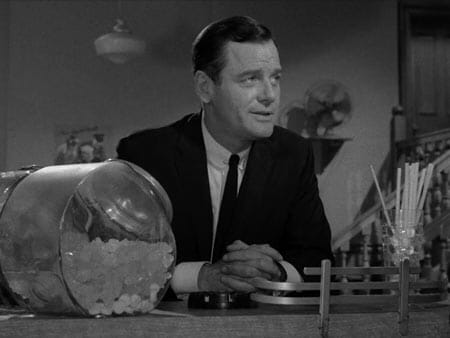 Martin back at the old stomping grounds

Martin orders a chocolate soda with three scoops of ice cream for 10 cents, talks about how great everything is, and has a brief meeting with boy self. 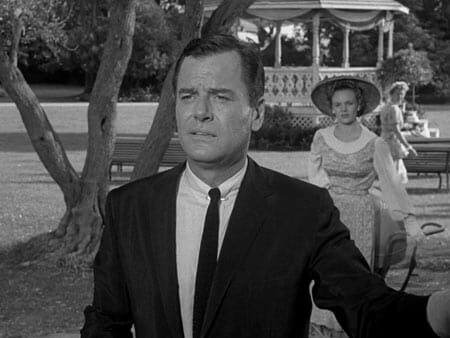 Martin sees his boy self

Then he goes to his parents’ house and keeps telling him that he’s their son, like a crazy person. He tries to show them the ID in his wallet, but drops it when his dad escorts him off the property. 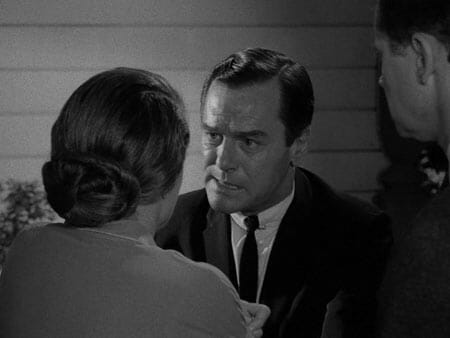 Martin tries to talk to his parents

Martin wanders around and finds his boy self on a carousal and chases after him, screaming that he should enjoy his childhood and enjoy every summer. A frightened boy Martin falls off the carousal and is taken to the hospital. 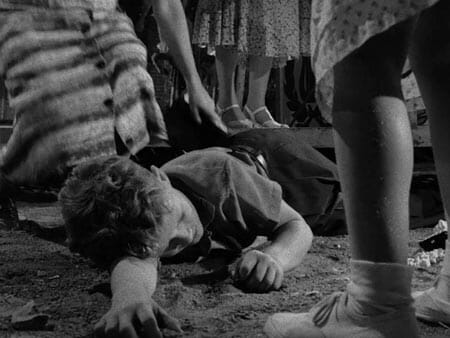 Boy Martin falls off the carousal

Now alone and sitting on the carousal, Martin’s dad shows up to return Martin’s ID. He now knows that this Martin is his son all grown up, and tells him to stop living in the past and to return to the present. Martin does as he asks and orders a chocolate soda with three scoops of ice cream for 35 cents. 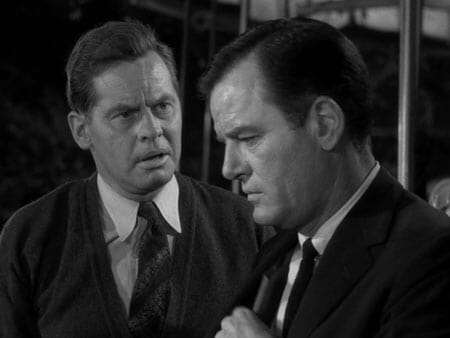 Martin has a talk with his dad

A pretty good episode – I especially dug its somber tone. The moral about the dangers of romanticizing the past and becoming trapped in nostalgia is something we can all relate to as we get older. Martin’s conversation with his dad is especially poignant: “You’ve been looking behind you…try looking ahead.” This episode stuck with me awhile after I watched it. 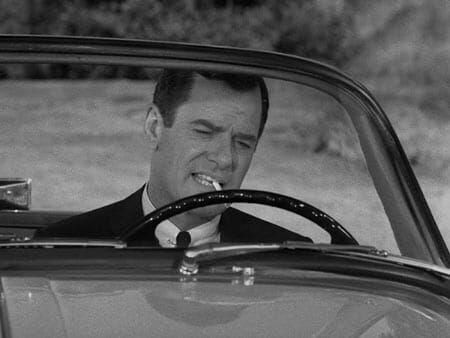 My only complaint is that Martin acts like a total dumbass, taking forever to figure out he’s gone back in time: “This is a new car, you say? But it’s old!” And he says this after he sees his child self and his parents. At the very least, he starts walking with a limp after his child self gets injured, which I thought was a nice touch. It helped make it clear that it wasn’t a dream; he really time traveled and his actions had consequences.