Tales from the Darkside was a horror anthology show that ran 4 seasons and 90 episodes, from 1984 to 1988. This episode (the pilot) involves rich but bitter old man holding a contest in his “haunted” house every year for trick-or-treaters. Whoever wins gets his or her parents’ debts expunged. 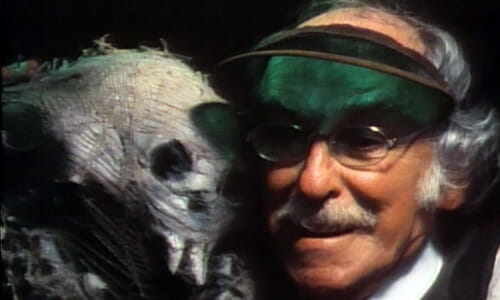 This episode is about an asshole man named Gideon Hackles, but you’d half expect him to be named Ebenezer Scrooge. Or even Scrooge McDuck. This guy loves money, and if there’s one thing he loves more than money, it’s the fact that everyone in town owes him money. 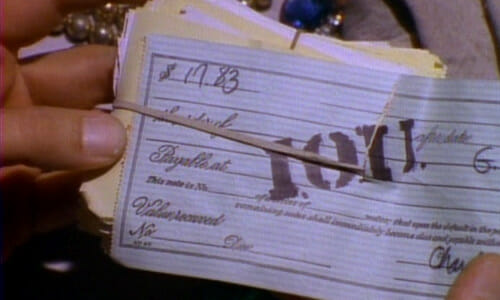 A stack of Gideon’s IOU’s

But he’s not all bad – he also really likes Halloween. Every year, he goes all out with the decorations and makes his home into a haunted house. Truth be told, they’re not the best decorations and they look like they’re from Party City. But to be fair, from the back end of the store, where they keep all the expensive stuff. 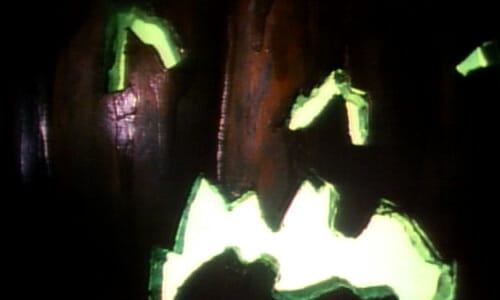 One of Gideon’s decorations

Every Halloween, Gideon gives the townspeople the opportunity to rid themselves of their personal debts. All they have to do is send their children into his house to brave its creepy decorations and find his stack of IOU’s. Unfortunately this means childfree couples can’t participate. 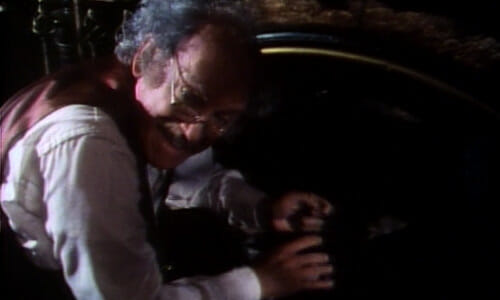 Gideon is having the time of his life

We see a couple kids try this haunted house obstacle course and it almost feels like watching a temple run from Legends of the Hidden Temple, but they all fail. 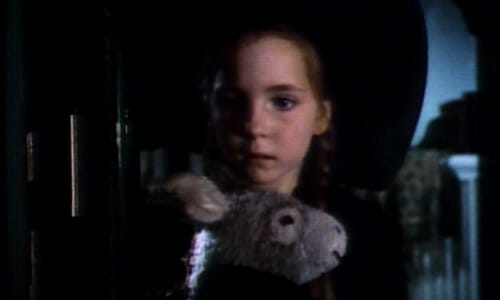 At the end of the episode, there’s a knock at the door. Gideon answers it, thinking it’s another child wanting to play his game. Nope, it’s a witch. A real witch. She makes all his money fly away and he runs upstairs to a room that takes him to Hell, where a couple smiling demons are waiting. 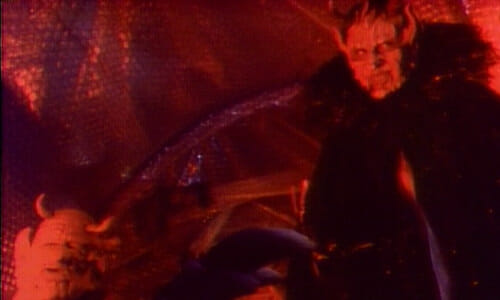 A kid knocks at the door and the witch answers it and throws all of Gideon’s IOU’s in his face, scattering them in the wind, before she flies away. She was a good witch! 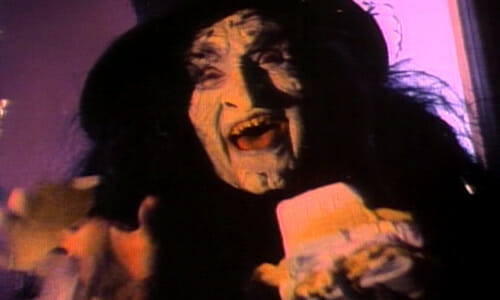 Like The Twilight Zone, Tales from the Darkside suffers from a less than stellar first outing. The episode is very straightforward and nothing special: guy gets his just desserts. But too much time is spent establishing that Gideon is an asshole and showing him being an asshole to people, like charging someone 4 cents for a coffee refill. 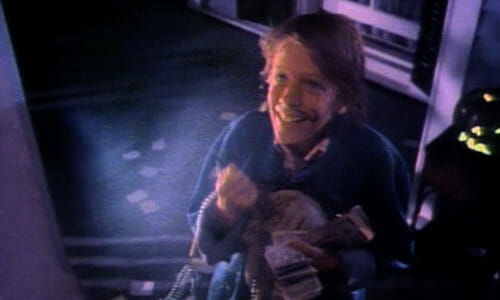 This kid ends up getting all of Gideon’s stuff

There’s a moment I liked where Gideon pauses then gets really cranky after seeing a father console his son for failing the haunted house obstacle course. It was a subtle moment that gave the impression that Gideon had a rough childhood and/or relationship with his father, which was why he grew up to be an asshole. I thought this would end up being important or somehow lead to the ending, but it didn’t. It was just a nice little character detail.