A middle-aged couple invites a young woman over for dinner. 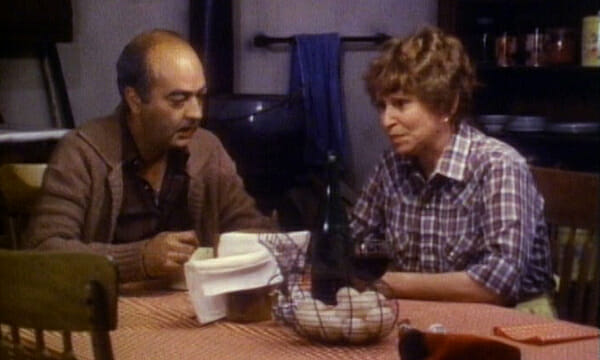 Henry and Elinor are celebrating their 25th wedding anniversary

In a house in the middle of nowhere, a middle-aged couple celebrates their 25th anniversary – way to go, guys! 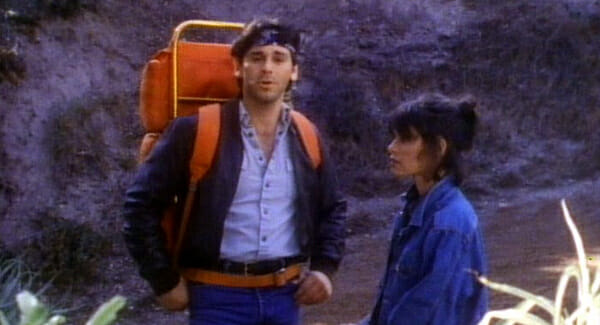 A couple backpackers named Mark and Sybil come by looking for directions, then go on their way. 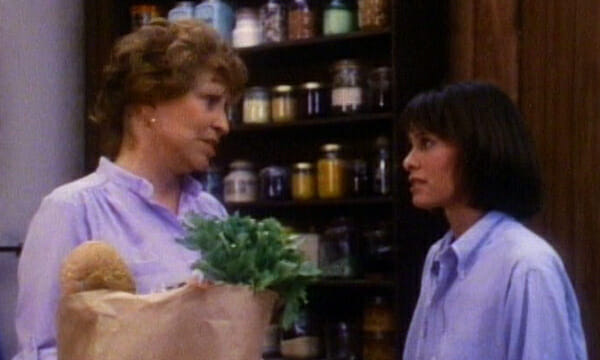 Sybil returns to the house after Mark ditches her; the middle-aged couple invites her in, sort of treating her like a surrogate daughter. 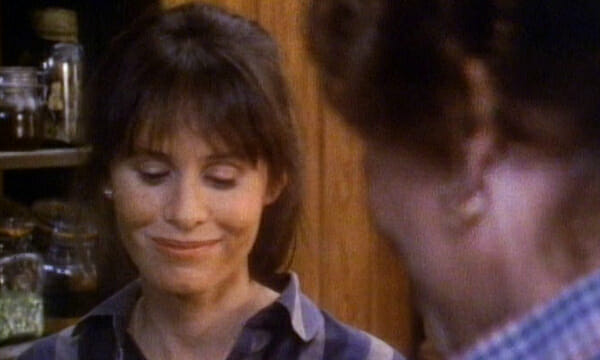 Sybil finally found a place to belong…but not for long

They show Sybil their “playroom” which…isn’t as risqué as you expect. It’s just a room with animal heads and weapons mounted on the wall, and a giant hot tub in the middle.

The couple gets Sybil drunk on wine and invite her to try the hot tub. She gets in, and they start pouring in vegetables and stir the water like a giant stew. Sybil passes out, and yep, the middle-aged couple’s going to eat her. 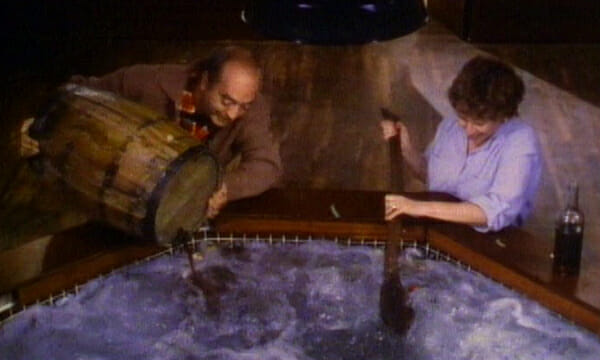 So are they going to eat Sybil’s hair and clothes, too?

This was more funny than scary. I mean, the whole hot tub as a giant cooking pot was so outrageous you couldn’t take it seriously – it’s like something out of a fable, like Hansel and Gretel. And when the woman whips out a giant wooden spoon? Hilarious! But okay, I concede it was a bit horrifying how blasé the middle-aged couple was acting to the whole cannibalism thing (and they ate their kids, too). An average but entertaining episode.