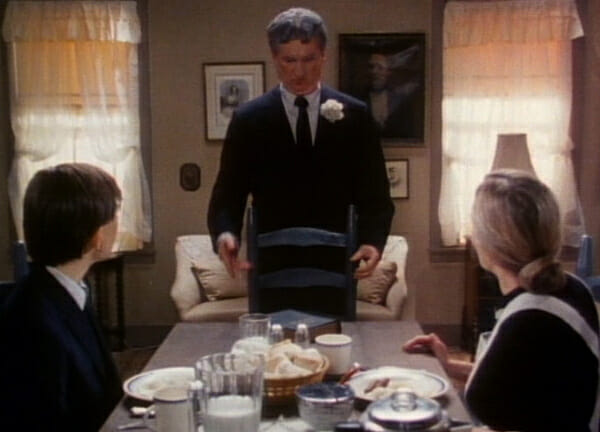 In Southern USA, a boy (played by a young Christian Slater) mourns the recent death of his grandfather with his mom. But wait, he’s not dead anymore! He creeps down the steps to the kitchen and joins his family for breakfast. 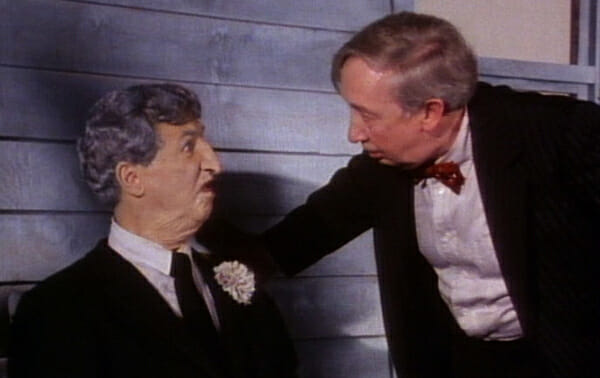 This dude’s just too stubborn to accept the fact that he’s dead when all the facts are against him. Even as he slowly decomposes, grandpa just wants to be left alone in his rocking chair. Understandable. 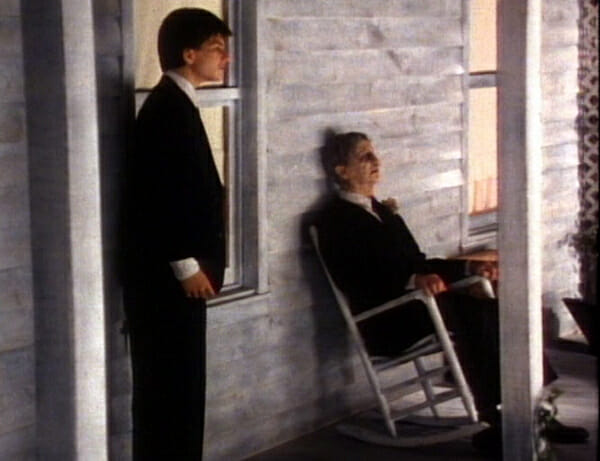 Flies start buzzing around grandpa at this point

Using powder acquired from the local voodoo woman, Christian Slater causes his grandpa to sneeze during dinnertime. His nose falls off and – yep – now he believes he’s dead, and he goes up the stairs to finally die in peace. 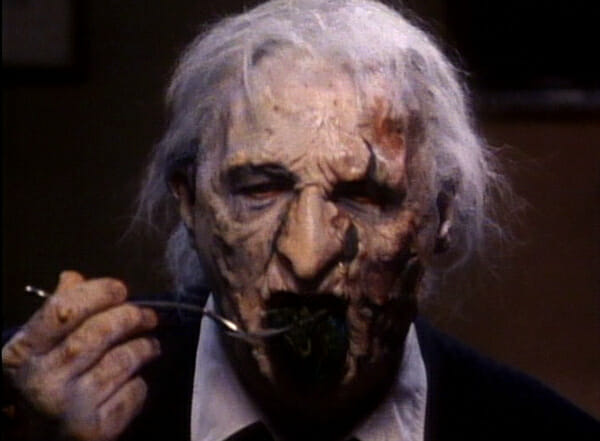 Grandpa at the end of the episode

This had a weird jokesy tone, almost like Seymourlama but not as obnoxious or as offensive. You’ve got an array of eccentric characters, including an outrageous reverend played by Brent Spiner, using the same “Southern gentleman” voice he’d later use for Star Trek‘s A Fistful of Datas. 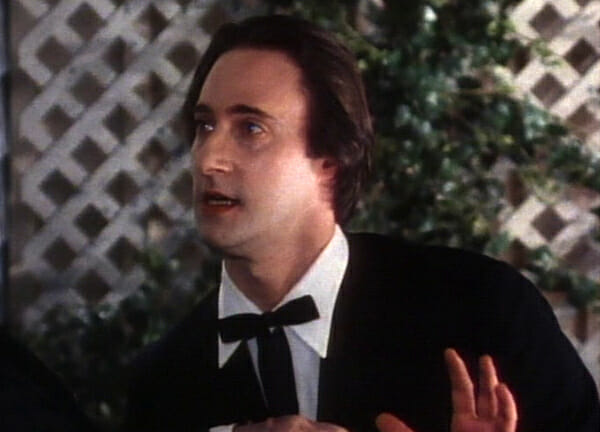 But all eyes need to be on Eddie Bracken’s grandfather, who’s as entertaining as he is sickening, sloppily eating his food and gradually deteriorating throughout the episode. When he smacks his mouth, you can almost feel saliva spray onto your face, but he’s just so captivating that you daren’t look away. 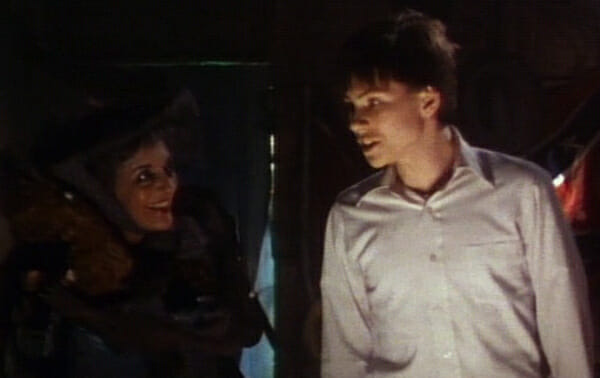 A strange episode, but kind of fun. The voodoo lady I could’ve done without; Christian Slater was okay.