Mirror Kirk has escaped to the Prime Universe and allied himself with the Klingons. 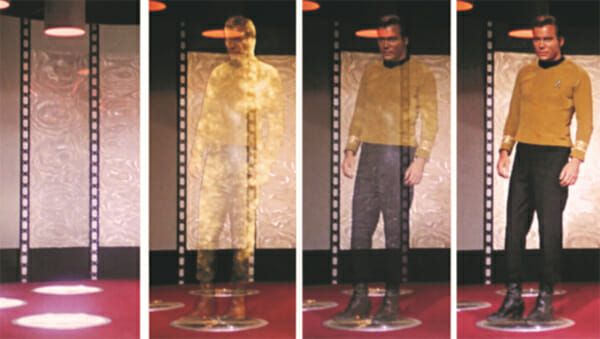 Intruder from the Mirror Universe

Not long after the events of Mirror, Mirror, Scott and Lt. Kyle work on fixing the transporter system. Suddenly, an intruder beams aboard – Mirror Kirk! But he’s not alone, as we learn that a clean-shaven Mirror Spock arrived moments earlier. 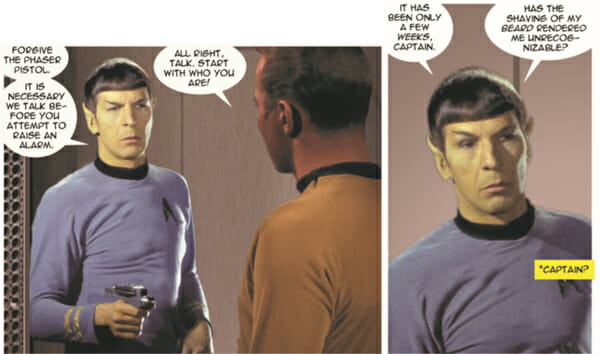 Mirror Spock meets with Kirk, Spock, and Bones, telling him that he overthrew Mirror Kirk to become captain of the Enterprise, but with help from Mirror Scotty, Mirror Kirk transported to this universe as a means of escape.

Mirror Kirk gets picked up by his new allies – the Klingons (on a ship commanded by Kor) – and as a thank you, he gives them stolen Romulan technology: plasma torpedoes and a cloaking device that allows them to fire while cloaked. 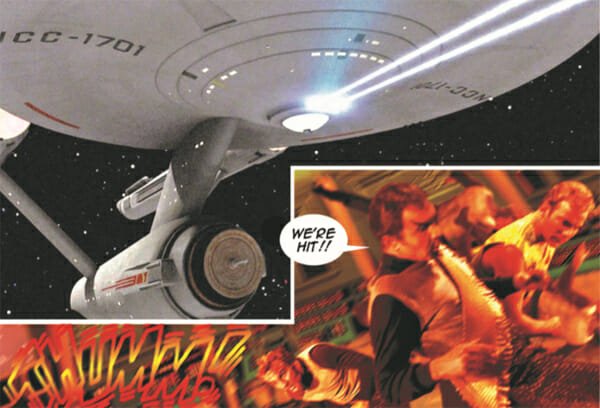 The Enterprise fights this upgraded Klingon ship but still comes out on top; the Klingon crew is beamed aboard before the ship explodes, but Mirror Kirk gets away at the last minute and beams over to another universe… 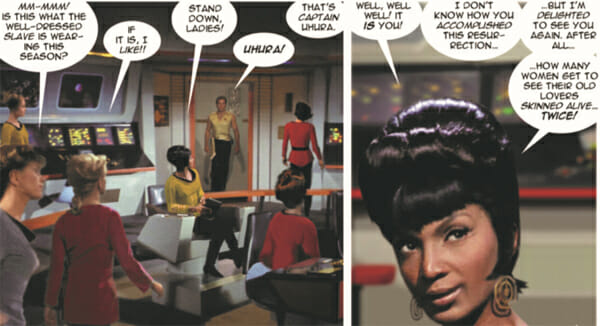 …but it’s not the one he was expecting.

As far as sequels to Mirror, Mirror go, the third episode of the fan series Star Trek Continues is still my favorite, but this was still a very good effort. I liked the inclusion of the Klingons, and the ending with Mirror Kirk getting his just deserts from Alternate Universe Uhura (whom he killed in his universe) was…well, I want to say “cute” but something that involves a person getting skinned alive can’t really be considered cute, can it? Okay, fine. It was cute.

Character voices were spot on, and Spock’s interactions with his doppelganger (including the fact that Mirror Spock really loves his beard), were fun.