The citizens of St. Victor get angry at a rooster for waking them up early in the morning. 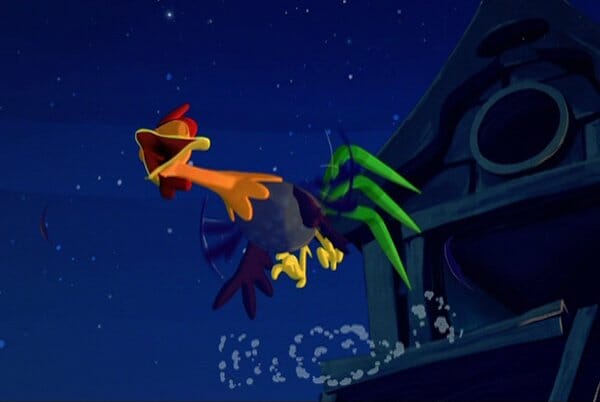 The rooster doing his thing

A 2014 animated French Canadian film, also known as The Rooster of St-Victor (or its original name, Le Coq de St-Victor). It tells the tale of the lovely agrarian town of St. Victor and its people, including their mayor and his pet rooster. 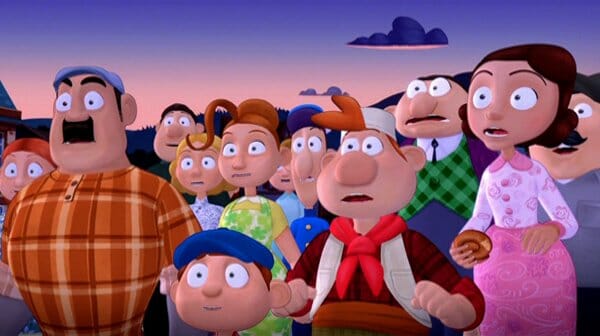 The people of St. Victor

Unfortunately for the inhabitants of St. Victor, the rooster has a tendency to crow early in the morning, making them cranky as hell. They try to come up with a solution, but the rooster keeps doing it – hey, he can’t help it! 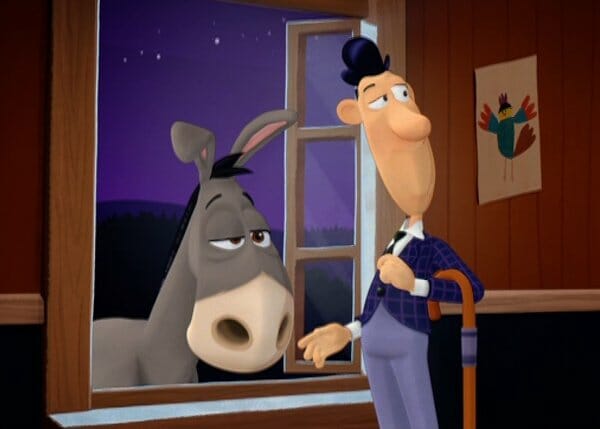 Later, a charlatan-looking dude (who reminds me of the monorail guy from The Simpsons) comes from a nearby town and agrees to take the rooster off their hands, giving a donkey in exchange. The mayor and rooster try to stop the trade, but the townspeople become an angry mob with pitchforks and overrule them. 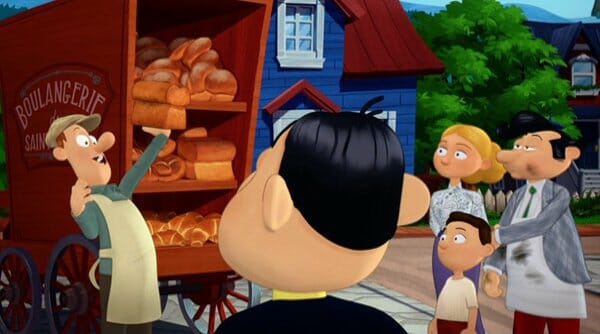 The baker from the neighboring town sells his bread

With the rooster gone, the townspeople become lazy. Productivity is down and the mayor is frustrated – especially when he sees the nearby town flourishing, thanks to the rooster waking everyone up early to get stuff done. 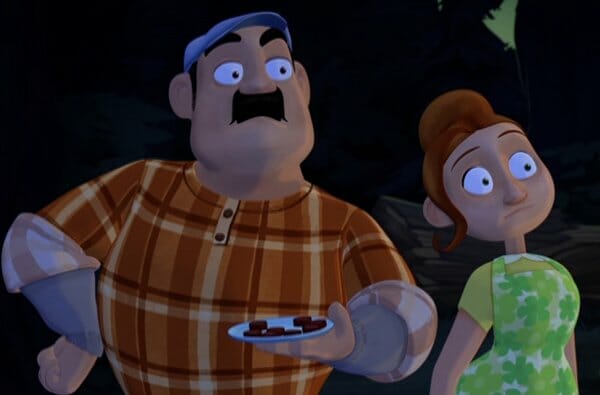 Gradually, the people of St. Victor also come around to the fact that they need the rooster, so they go on a secret mission to steal him back. They’re caught by the charlatan guy, who shows them that the rooster loves his new home (and procreating with the hens over there, of course). 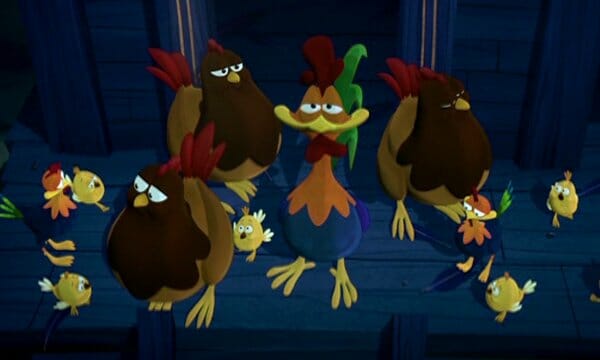 So the group from St. Victor heads back home, but they obtain one of the rooster’s eggs; it hatches and now they have a new rooster. 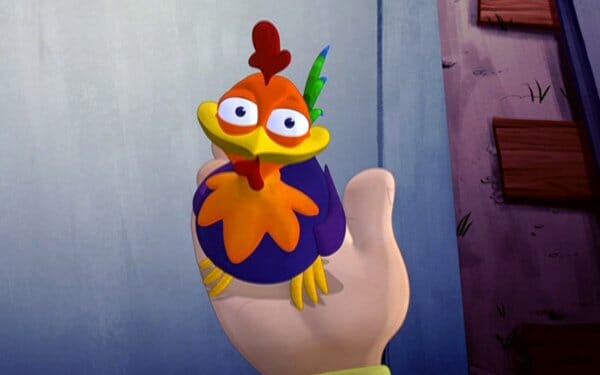 This really could have worked as a 30-minute short. It’s so slow! So much time is spent showing the townspeople doing their mundane town activities. No, I don’t care about that repetitive nonsense. Just show us the rooster! The animation style wasn’t bad, though – charming, even; it was 3d but looked 2d, like something out of a kids’ picture book. 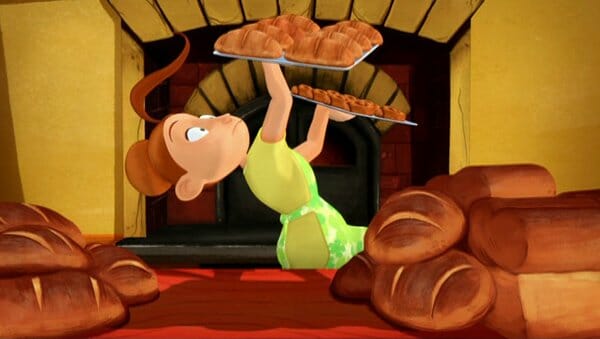 The townspeople were presented as a quirky bunch, but at the same time, I felt they were just downright unlikeable. They constantly threaten to kill and eat this poor rooster that can’t help what he’s doing. Then right after they drive him out, they realize they actually want him back? Nuh-uh. The rooster was right not to come back. 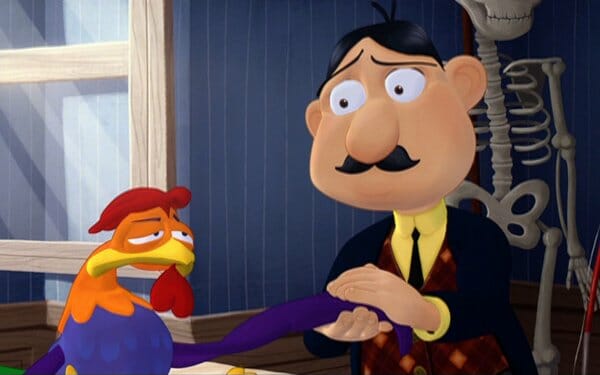 These two best friends never got back together!

But what really got me was how sad I found the ending. Yeah, this movie made me sad! The mayor and his rooster were extremely close, and I found it a downer that they were never reunited in the end.