About a decade ago, I had an itch to make a cartoon series about a group of people who solved paranormal mysteries: Paranormal Investigation. 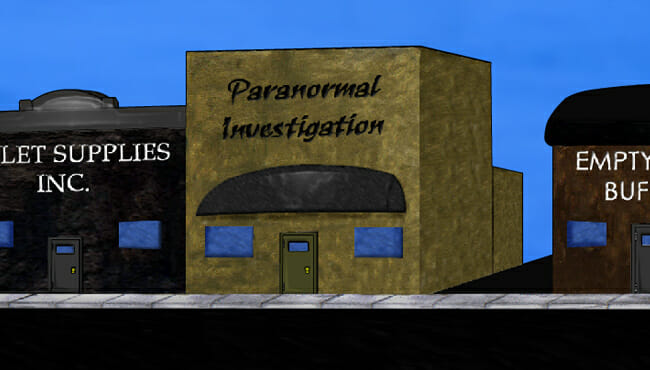 I made a one-off episode, Demon Child, that acted as pilot. After it premiered at my school’s film festival, I wrote several scripts and started production on the first episode. 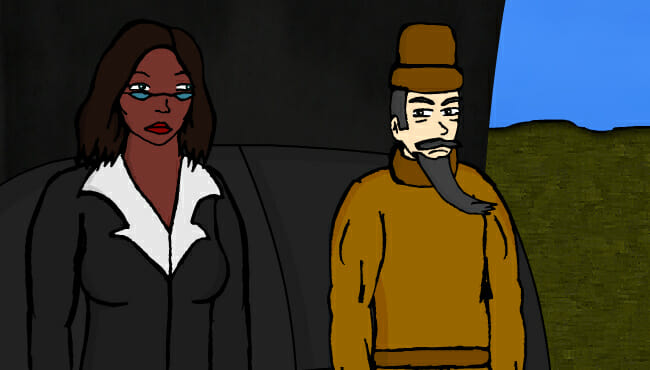 Beth meets a stranger on the bus

Then actor availability, among other things, led to the project fizzling out. 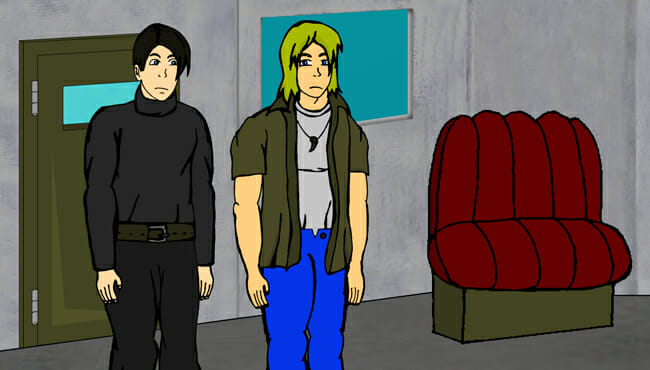 Three people named Beth, Don, and Ross are all lured to a city named Tartarus in Nebraska by the promise of getting a job there. They each sign a contract that (unknown to them at the time) binds them into this strange city rife with paranormal characters and events. The only way they’re allowed to leave is if they solve 500 mysteries, or find someone else to sign a contract to replace them. 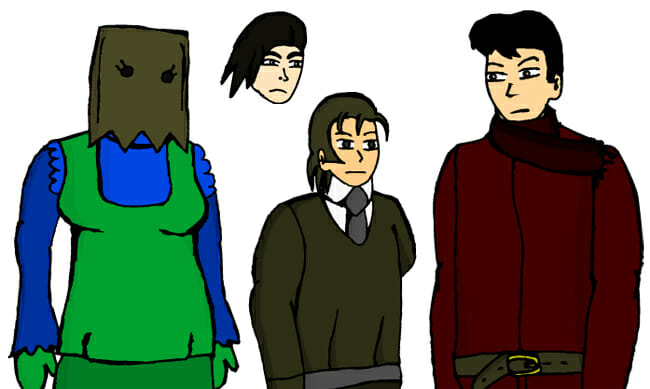 Characters from the incomplete first episode

So they’d go on to solve cases that involve feeding a baby to a spider-woman disguised as a human, getting sucked into a book and getting all the characters drunk, and fighting vampires, clowns, and puppets. I’d post script excerpts, but it’s all fairly unremarkable, so I’ll spare you.

Watching this again, it’s a bit boring and could’ve used tightening, and there’s some really bad dialogue (at least it got some laughs at the festival). I’m glad nothing more came of this back then, but making it was a good experience and one of the planned episodes was reworked to become episode 14 of Scientific Method, so it wasn’t a complete loss.