A transit cop plans to steal from a money train to pay off his gambling debt. 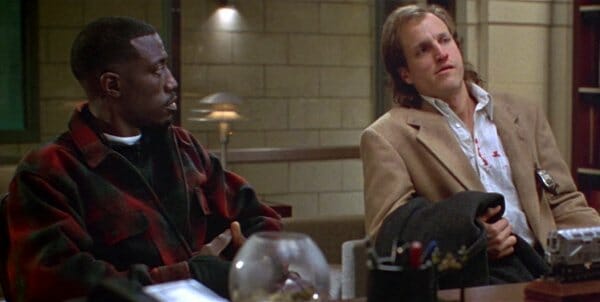 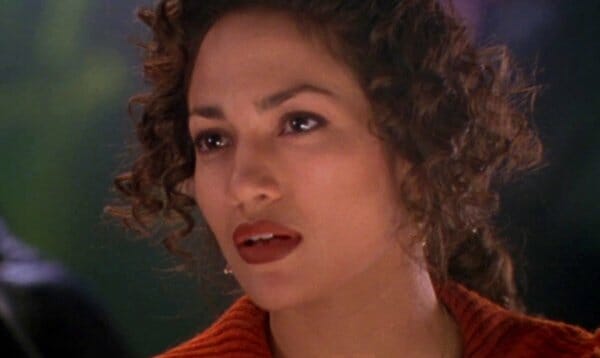 A new transit cop named Grace is assigned to work with John and Charlie. Both take a liking to her, but she ultimately chooses John. 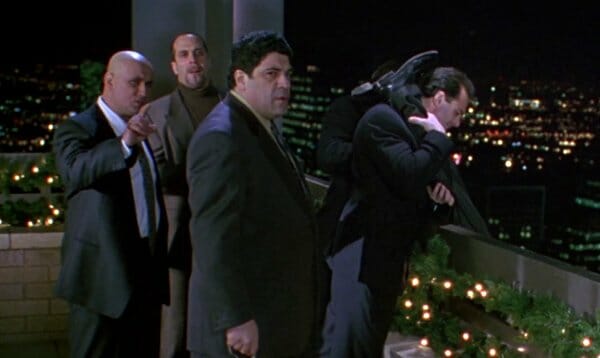 Charlie is the “fuck-up” brother, constantly getting in trouble and making bad decisions; we learn that he owes the mob $15,000 in gambling debts.

There’s a criminal named Torch who roams the subway robbing ticket booths and setting people on fire. Grace, John, and Charlie are involved in a delicate operation to find and arrest this man; they find him all right, but he gets hit by a train. Charlie gets fired for messing something up, and John gets fired for trying to defend Charlie. 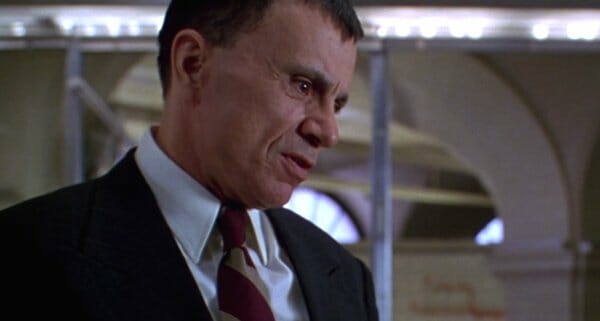 A money train shows up now and again in the film during Charlie and John’s assignments. The guy that runs the train is an asshole. Charlie toys with the idea of robbing the train to pay off his debt, but never follows through with it…until after he gets fired. 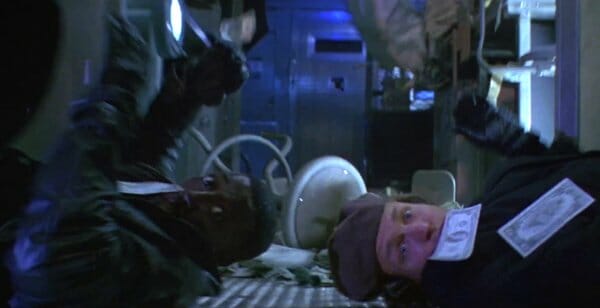 On the money train

John figures out Charlie’s plan but ends up helping him (and they leave with $500,000); the asshole guy tries to stop them by endangering the public, but Grace arrests him. 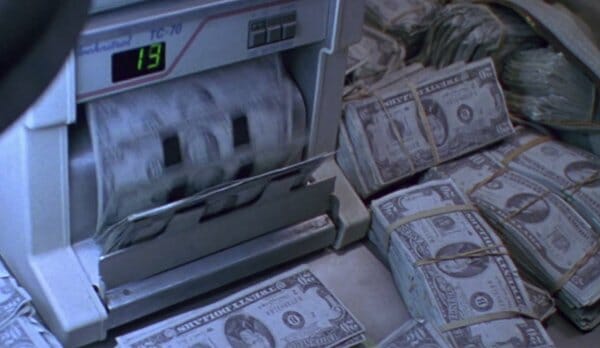 I remember seeing the trailers for this film on tv, and the year it came out was cemented in my mind. 1995. For most other films, I’d have to look up the year or do mental calculations, but not for Money Train. Like instinct, I knew the year. 1995. Say “Money Train” to me, and I’d respond with “1995.” This is the connection I had with this film. A film I had never seen…until now. 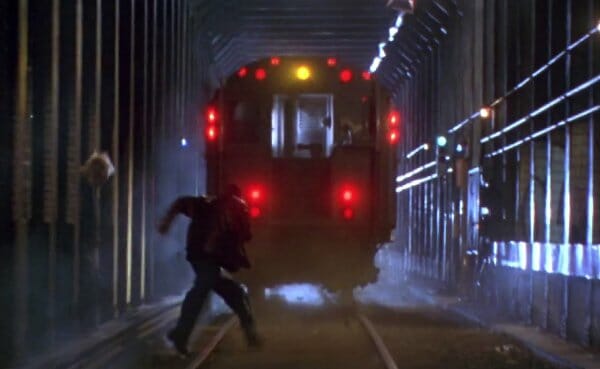 As I was about to start Money Train, I saw it was listed as a “comedy.” Hmm. I never got that vibe from the commercials, but okay. No, more than okay. That’s good news. I didn’t go into this film expecting laughs, and now I was going to get laughs? Hell yes. And on top of all that, there’s Christmas decorations in this film? Money Train is a Christmas film! 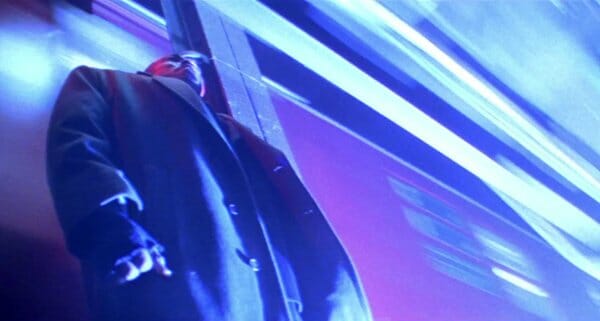 But then, the movie actually started and I tuned out almost immediately. For a comedy it wasn’t particularly funny. John was fine but Charlie was unlikeable to the max, and the first storyline, with Grace, was a little awkward. 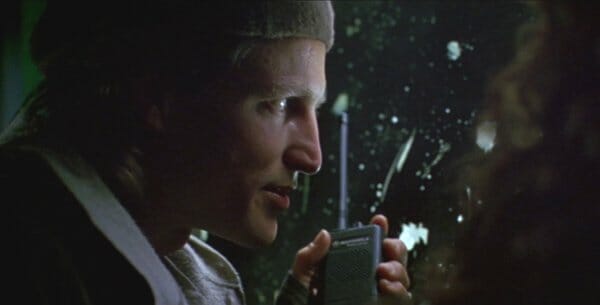 Charlie during an undercover operation

Torch, on the other hand, gave a twinge of much needed excitement (the only real twinge I got), but it felt so disjointed from the rest of the film and was over just as it was got started. I thought Torch was like the mini-boss to lead up to the big boss, but there was no real big boss, unless you count the money train itself.

Inside the money train

I always imagined this was going to be an Ocean’s 11-style heist movie, but it was a lot simpler than that. I can’t believe it took 3/4 of the film’s runtime for the actual heist to start, and when it actually started, it was dull. The fact that I didn’t give a shit about Charlie didn’t help matters at all. So what we’re left with is, pretty much, a 30-minute scene involving two people on a train saying “oh no,” while pushing levers and whatever up and down.

Am I oversimplifying the heart of this film and the entire reason it exists? Am I being too harsh? No, not at all. In fact, I may not be harsh enough. For a film that I’ve had a psychic connection with for a quarter of a century, this was a complete and total letdown. 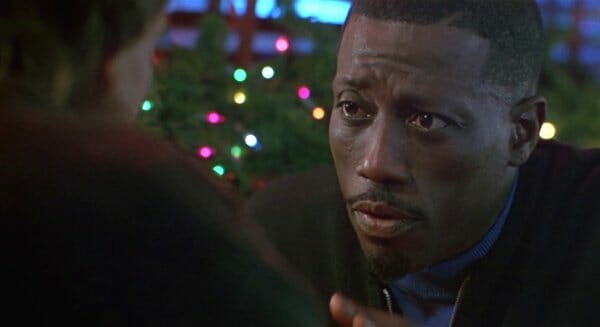 I find it interesting that the original plan for Money Train involved filming it in New York’s actual subway, presumably to save money, but when they couldn’t work out the logistics, they just recreated it as an elaborate set (3,000 feet long!). That’s insane! So much work was put into that, which is about the only element of this film I can applaud. Had this film come out just a few years later, I’m sure it would have involved heavy use of CGI. 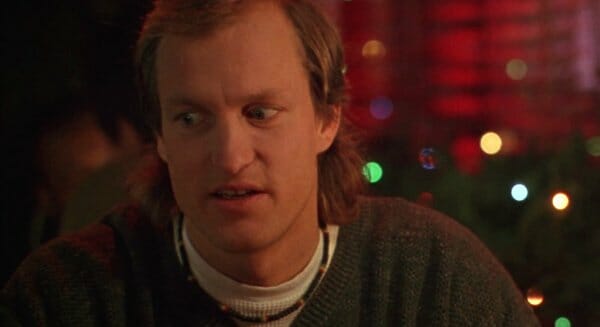 And this is Charlie

Money trains were retired in 2006, so there’s no chance for a sequel or a remake, unless they took place before that happened. A prequel definitely wouldn’t be off the table, but I see no demand for it. So please, let’s put the money train to rest and we will not speak of this film again.