A three-part miniseries based on the historical novel Jessica by Bryce Courtenay about a tomboy living in Australia at the outbreak of World War I. 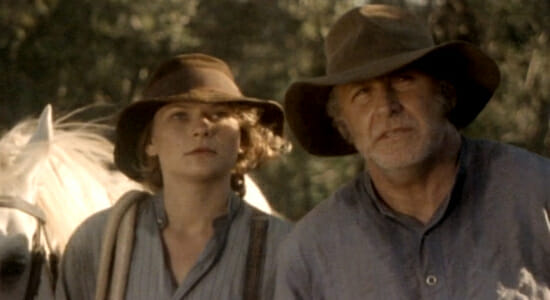 Jessica and her dad

Jessica gets a job at a shearing shed owned by the affluent Thomas family, and befriends a couple guys named Jack Thomas and William Simon. One day, a group of young boys corner Jessica and pour tar all over her; William tries to fight them off, but falls on the ground and gets his head kicked by a horse. 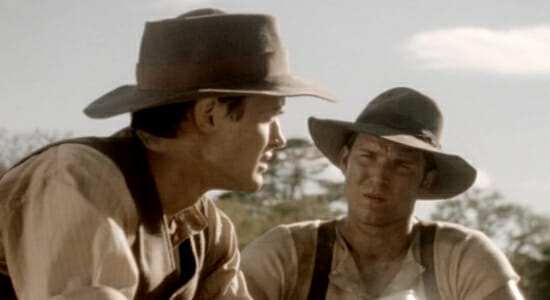 William suffers brain damage as a result and now won’t stop talking about his penis (seriously). Jessica and Jack grow closer and fall in love as they look after William, now nicknamed “Billy Simple.” 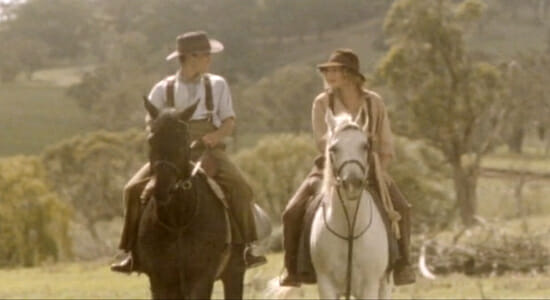 Jack and Jessica start to bond

Jack gets Billy a job working for his mother and sisters, but they constantly mistreat him…so Billy kills them! He confesses his crime to Jessica and she takes him into town so he can get a fair trial. Unfortunately his lawyer is a perpetual drunk named Richard (Sam Neill), who loses the case and Billy is sentenced to death. 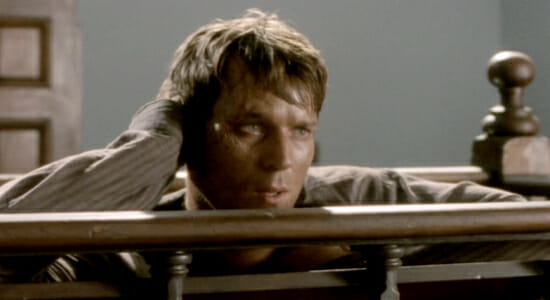 Billy at his trial

Jack enlists in the military, but before he goes, both Jessica and her sister Meg vie for his affection. Jessica becomes pregnant with his child, but is ostracized by her family and forced to keep it a secret. 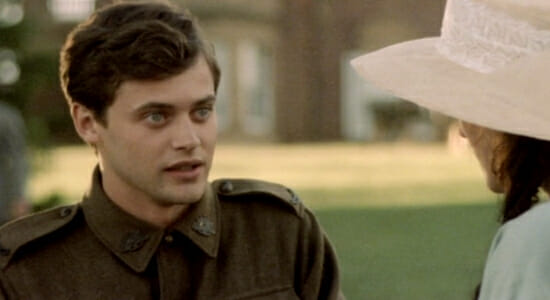 Meg seduces Jack and also sleeps with him. She’s unable to get pregnant, but fakes a pregnancy and forces Jack to marry her (so she and her mother can get all his money if he dies). 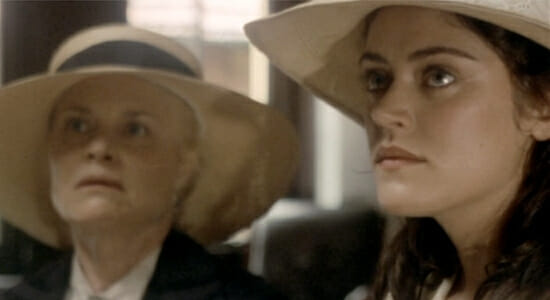 Meg and her mother

Shortly after Jessica gives birth to a son, Jessica’s parents get in an intense argument; the father has a heart attack and dies. Meg steals Jessica’s son, and the mom sends Jessica to an insane asylum. 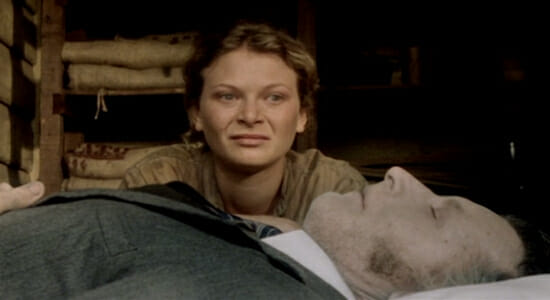 Jessica says goodbye to her father

Four years later, Jessica receives word that Jack was killed in the war. She contacts Richard and he helps get her out of the asylum; however, according to the terms of her release, she isn’t allowed to see her son. 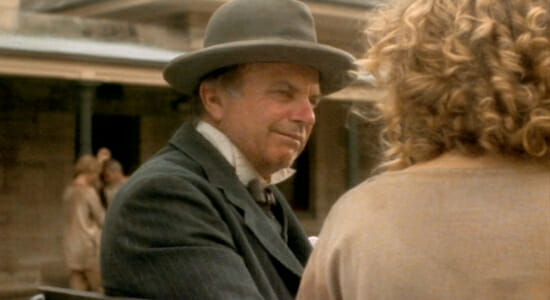 Richard helps Jessica get out of the asylum

A good chunk of this episode is spent on a side plot involving Jessica’s Aborigine friend Mary, whose children are taken from her by the police. With Richard’s help, Mary’s children are returned to her. 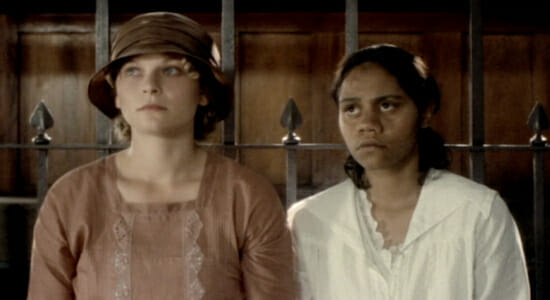 Jessica wiggles her way back into her mom and Meg’s lives, who are now sitting pretty now that they got all of Jack’s stuff. She introduces herself to her son, telling him she’s his aunt, and the two start forming a bond. 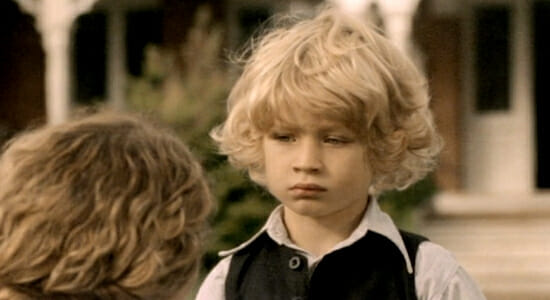 Jessica says goodbye to Richard at a train station. Okay, not a bad ending. Wait, there’s 9 more minutes left in this thing? 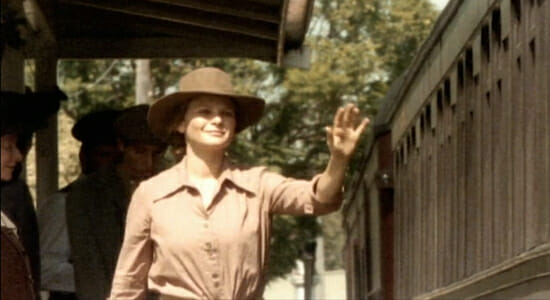 While hanging out in her little house in the middle of nowhere, Jessica’s dog Red is bitten by a poisonous snake and dies. Holy shit! 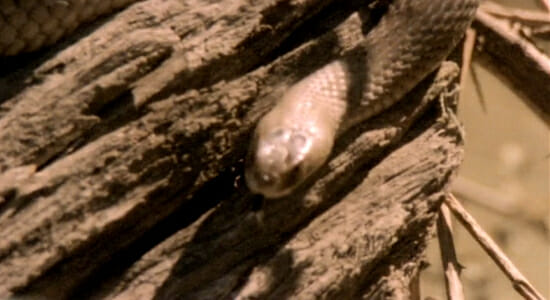 This snake ruins the ending

Jessica hunts and kills the snake, but neglects to kill the snake’s mate. She’s bitten and also dies. What the hell?! 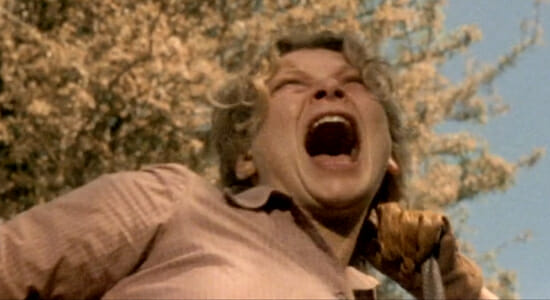 Years pass, and Jessica’s son is now an adult and pays his respects to her tombstone. We learn that Mary found a note Jessica wrote saying she’s his real mother, and at one point, gave it to him. 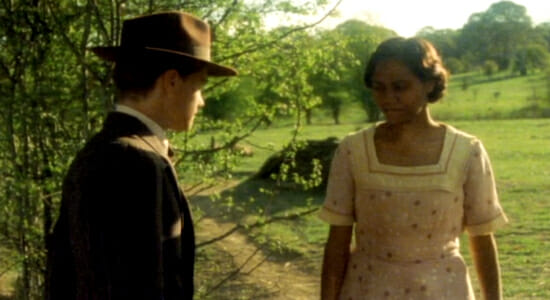 I found this one night while scrolling through Amazon Prime’s offerings. Sam Neill playing a drunk lawyer? Sold! I expected something like Goliath but had no idea that – not only was he not the lead – but this was a historical. I admit, my instinct was to shut it off as soon as it started, but 5 minutes later it caught my interest. After 10 minutes, I was hooked. 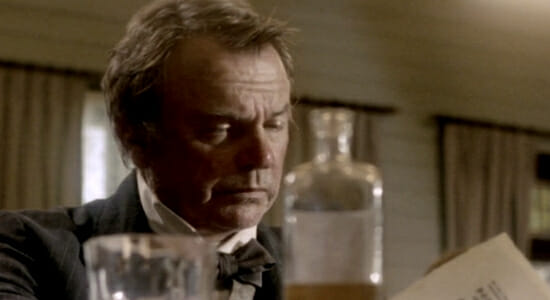 Jessica’s such a likeable character that you can’t help but admire her as she goes through a ton of hardships and always does her best to do the right thing. 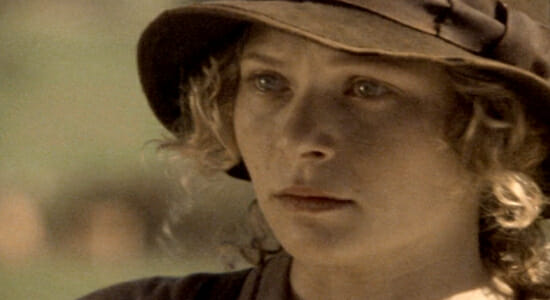 I’d like to recognize Lisa Harrow, who did an excellent job playing the despicable, scheming, murderous mother. You could just see the hatred and disgust in her eyes whenever she spoke to Jessica. The dog that played Red also gave an award-winning performance – especially the end when he stumbles out on the field and collapses. Damn was that hard to watch. 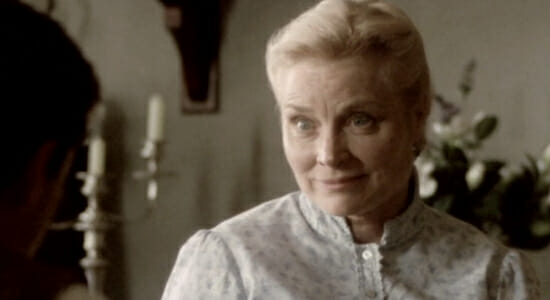 A horrible character played by a wonderful actress

The ending was very frustrating because they already had the perfect ending with Jessica saying goodbye to Sam Neill at the train station. It showed the strength of her character, that she would give up being the mother of her son so as to not disrupt his life and stability with his fake mother, Meg. 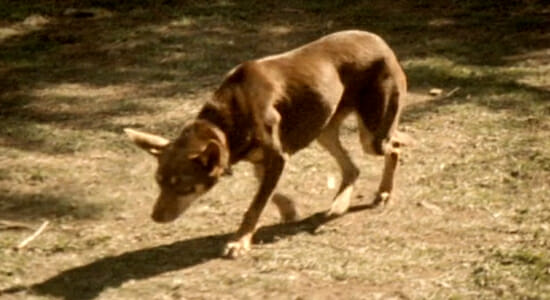 But no, a good ending is ruined so she could get bitten by a snake. What’s the moral here? Shit happens and then you die? Even the bittersweet epilogue where her son learns the truth is not enough to salvage this. I checked a summary of the novel to see if it had a different ending, but nope, it’s the same. Damn. But other than that, it’s a pretty good drama that I recommend for when you’re in the mood for something downbeat.