Exo-Squad was a ’90s sci-fi cartoon about a war between humans and their rebellious Neo-Sapien creations. Its toyline was pretty expansive: you had the main line of mech vehicles that came with a 3-inch figure you could pop in, but there were also miniature playsets, 5-inch character figures, and reissued Robotech toys of all things.

Let’s take a look at the Space ExoFighter and the Ground Assault E-Frame, since, well, they’re the only Exo-Squad toys I have. 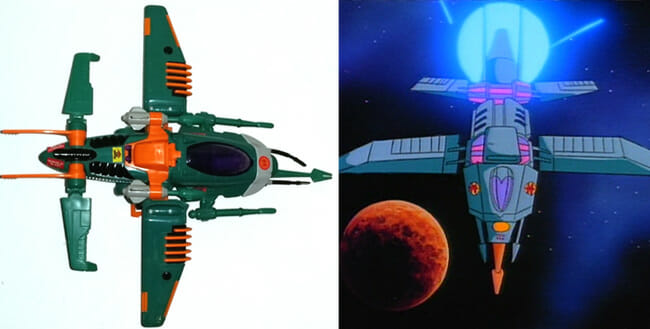 There are obvious differences between the toy and cartoon designs – the latter of which is very angular and boxy so it’s easier to animate. Damn, have I had the wings backwards this entire time? It looks better my way. 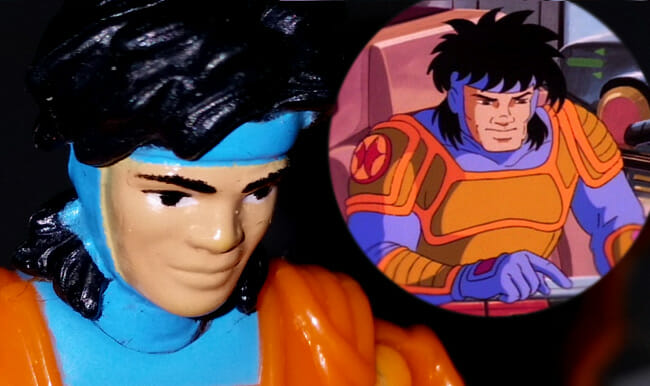 The ExoFighter came with a Kaz Takagi figure. He was a young hothead pilot always getting into trouble. Did he have a surfer voice or am I thinking of someone else? Let’s pretend he did. 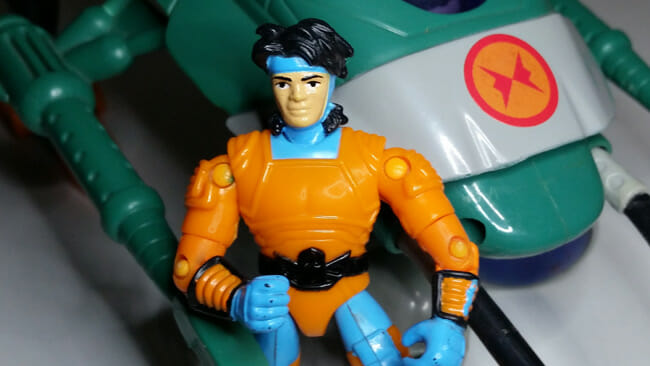 Kaz’s limbs are pretty loose, so it’s hard getting him to stand on his own. 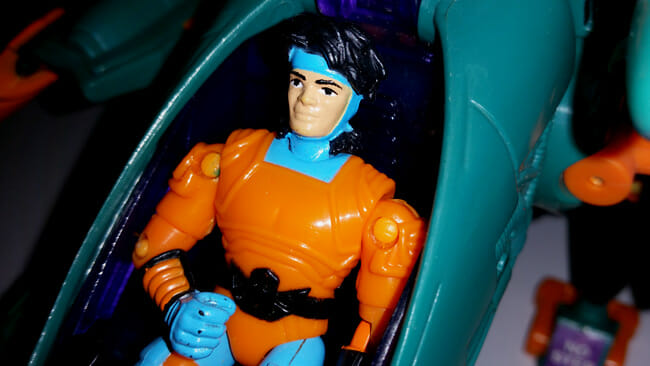 Inside the cockpit are a couple joysticks he can hold, but because of his small size and the confining space of the cockpit, it was easier said than done. I usually just threw him in, closed the canopy, and hoped for the best. 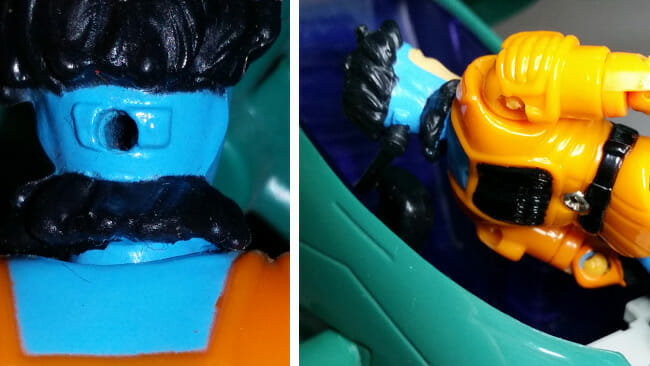 There’s a cord in the cockpit that plugs into the back of Kaz’s head as part of the ship’s navigation system; it was the one part of the show that weirded me out the most. Since the cord is soft plastic, it’s difficult getting it to stay in, so I always ignored it. 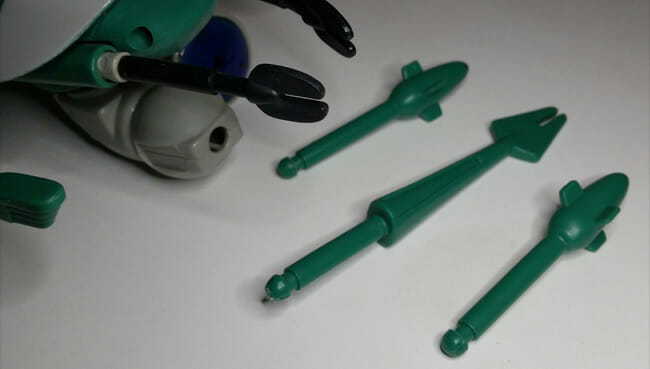 The ship was armed with several spring-loaded missiles. Just make sure you don’t shoot yourself in the eye! Also, shout-out to my ExoFighter’s left gun barrel, which got bent from years of being pressed against a Zoid in storage. 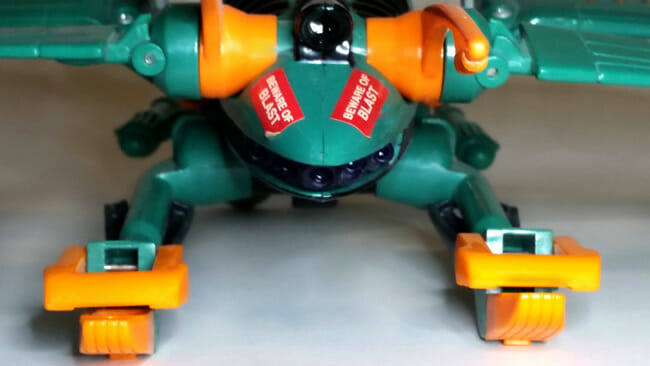 I loved the fact that this ship had chicken legs for landing gear, but they make an obnoxious clicking noise when you move them. Or should I say…clucking. 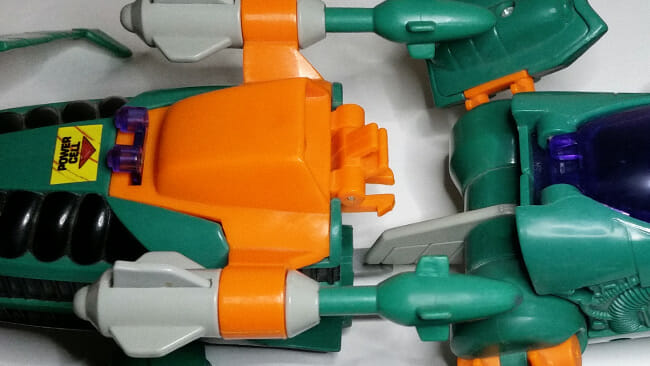 There’s a button on the bottom that releases the front half of the ship from the back, making a sort of escape pod. 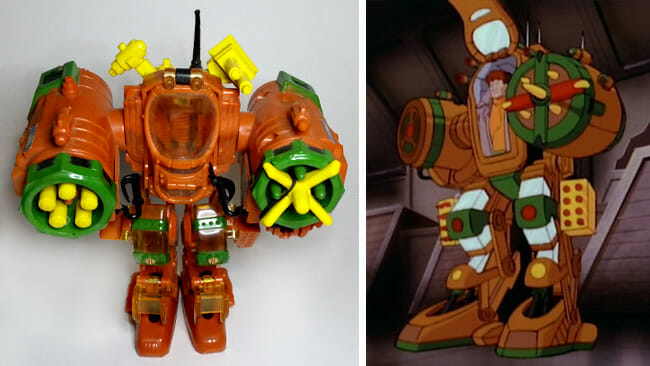 This was more of a standard Exo-Squad toy that made up the majority of the line: a wearable mech suit. It came with a Wolf Bronski figure, whom I hated in the show because he was such a grumpy slob. But as a toy, he seemed more friendly and fun to be around. 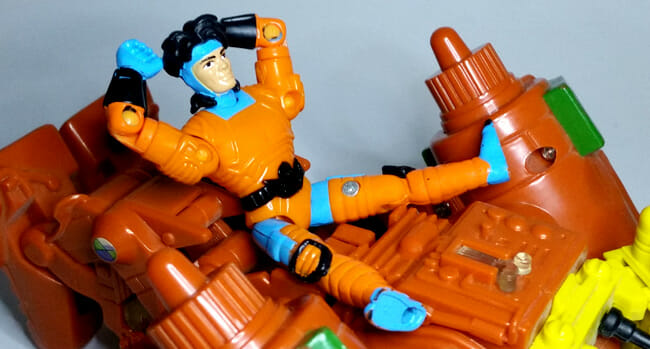 You won’t see any pictures of Wolf because I lost (misplaced?) the figure. Kaz once went on a rescue mission under my bed to find him, but it sadly ended in failure. Wolf, wherever you are, I hope you’re still alive and happy. Maybe you ended up in a landfill and made a new life for yourself, happily married to the grotesque remnants of a banana peel. 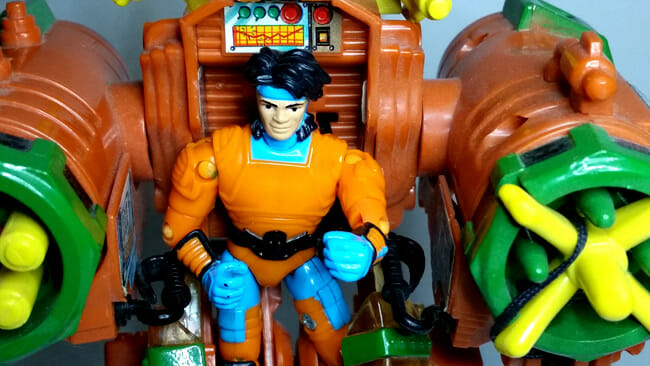 There’s a clip in the mech that the figure snaps into, but it broke during this photoshoot. Shh! Don’t tell anyone. I threw the broken piece in the ExoFighter cockpit. 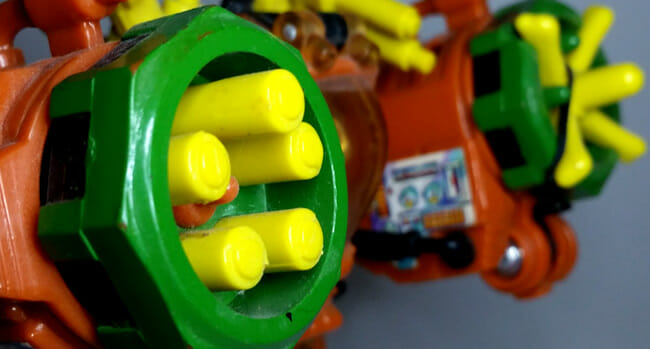 The mech is armed with missiles and a grappling hook, but they no longer fire and are stuck firmly in their slots. That’s too bad. Maybe I could get them out with tweezers or pliers. Or maybe I’ll save the effort and put the mech in a box, and we’ll never talk about it again.