The Doctor and Romana must stop a man with a brain-sucking ball from becoming the universe. 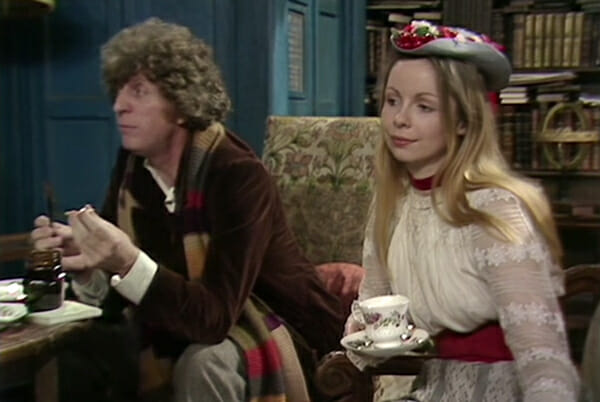 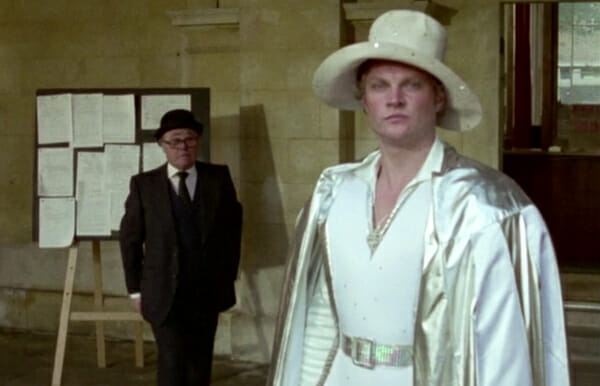 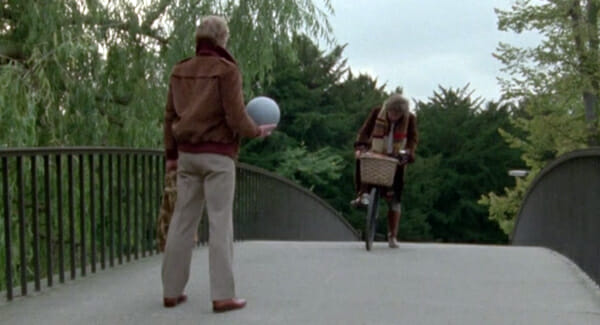 The Doctor heads over to Chris’ place to pick up the book and has a confrontation with Skagra (and his floating ball of doom) but escapes. 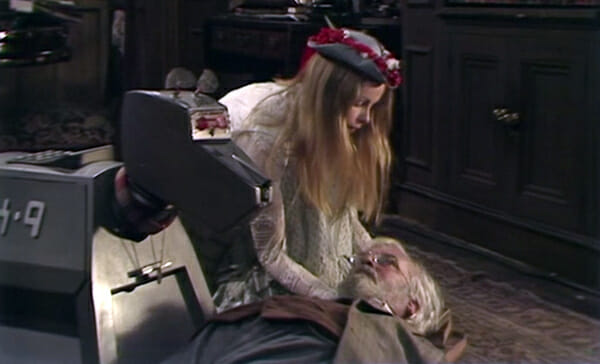 Skagra heads over to Chronotis’ office and uses the ball to suck his mind dry, then takes the Doctor, Romana, Chris, and K9 prisoner in his ship. The book, as we find out, has directions to the super secret Time Lord prison called Shada.

The Doctor and friends search for Skagra’s cloaked ship

Skagra’s goal is to upload his mind everywhere in the universe to (pretty much) become the universe. But to do this, he needs help from a prisoner in Shada named Salyavin. 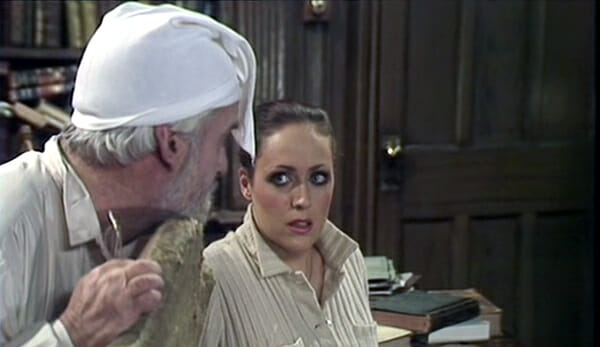 The group arrives at Shada, but then, so does Professor Chronotis and Chris’ friend Clare, who accidentally revived Chronotis and helped turn his office into a TARDIS. 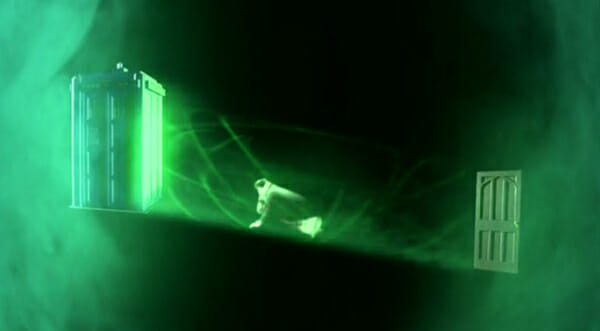 The Doctor moves from one TARDIS to another

Salyavin’s cell, as it turns out, is empty because Chronotis IS Salyavin. Skagra tries to absorb his mind (again) but K9 destroys his ball. 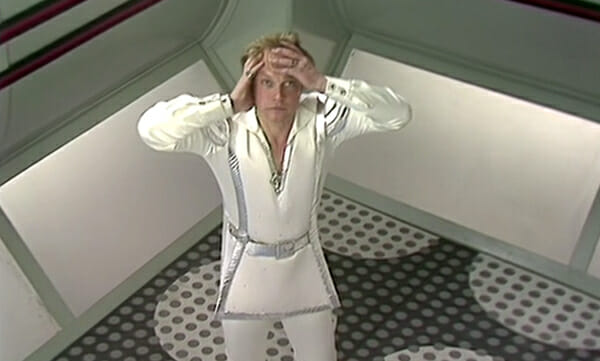 Skagra gets hoisted by his own petard

Skagra tries to escape but becomes prisoner in his own ship – the Doctor pulled a “Captain Kirk” and convinced Skagra’s sentient computer to become his friend. 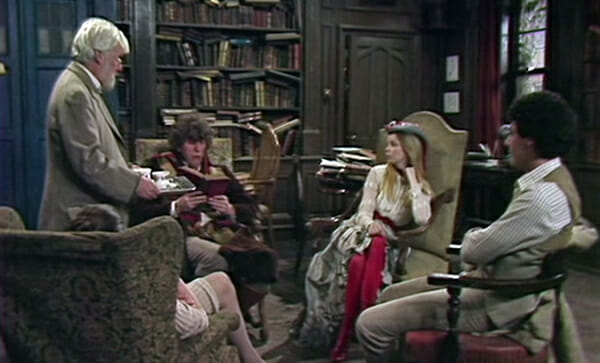 The infamous lost episode written by Douglas Adams that was partially filmed, halted due to strikes, then was left unfinished. Years later, it was completed in various forms of media: novel, VHS tape (with clips of Tom Baker describing the missing scenes), audio drama, web animation, and now finally “proper” animation last year, with the surviving cast reprising their roles after 30 years! 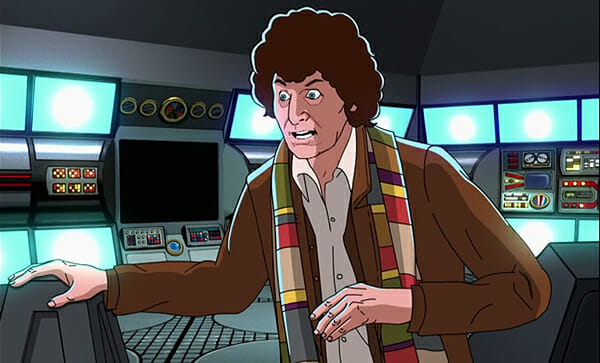 I thought the animation was great

But how was it? Was it worth the wait? I’ll say. I really enjoyed this one. It was the equivalent of a 6-part serial, but the pacing was fine and I wasn’t bored one bit. Did the novelty of the animation help make it more interesting? Sure, I’ll admit that it did. I was surprised at how much was filmed, though; looks like about 70% was in the can. 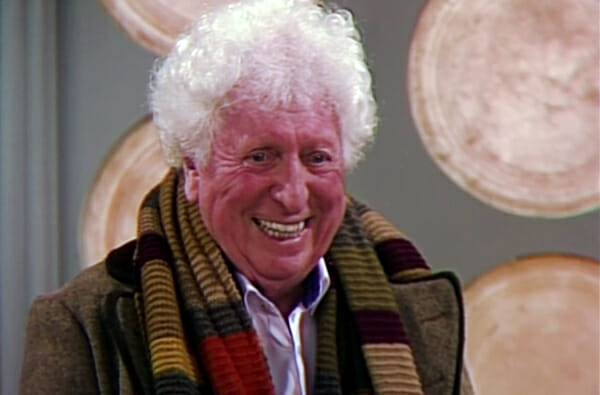 Story-wise, there’s nothing outright special about Shada; it’s not as fun as Adams’ The Pirate Planet or as objectively good as City of Death, but it’s still entertaining. The supporting cast is all fantastic, memorable, and likeable…sans Skagra, who’s such a generic villain, and I really couldn’t buy him as a scientist. But what he lacked in gravitas, he more than made up for in fashion sense.