The Doctor and new companions Ben and Polly arrive in 17th century Cornwall and get caught up with a group of pirates searching for hidden treasure. 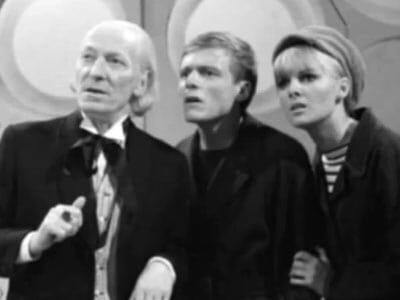 The TARDIS materializes on the beach of Cornwall in the 17th century. Ben and Polly, who wandered into the TARDIS at the end of the last serial, still believe they’re in the present and find a nearby church. 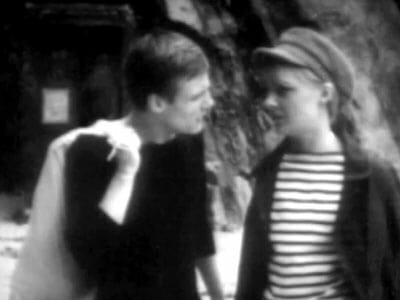 Ben and Polly step outside the TARDIS

The churchwarden, Longfoot, greets The Doctor and his new companions, but acts angry-nervous (as opposed to meek-nervous), as if he has something to hide. 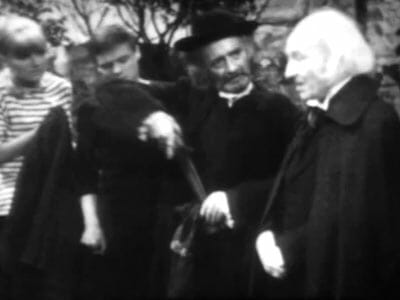 With the tide coming in, the Doctor and his group need to find a place to stay for the night; Longfoot directs them to a nearby inn, giving the Doctor a cryptic message: “This is Deadman’s secret key, Ringwood, Smallbeer, Gurney.” 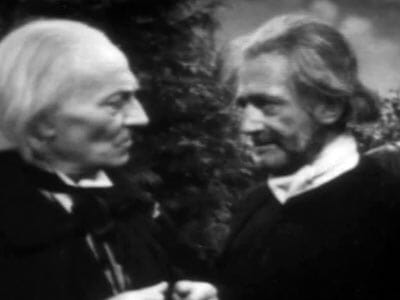 Outside the church, a pirate observer named Cherub sneaks out of his hiding place behind some bushes and heads over to Longfoot, asking him where he hid some treasure belonging to Captain Avery. Longfoot says nothing and is murdered as a result. 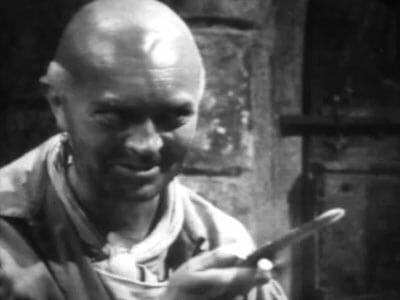 Cherub about to murder Lightfoot

Cherub heads to the inn with some of his pirate buddies and kidnaps the Doctor, believing he knows the location of the treasure. The lawkeeper of the land, the squire, heads over to the inn, but instead of offering assistance, arrests Ben and Polly for murdering Longfoot. 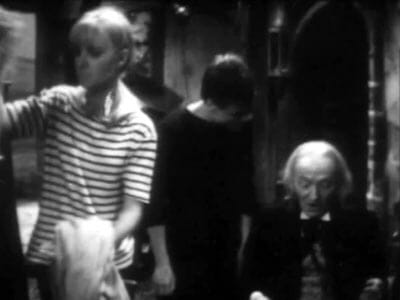 The group arrives at the inn

Ben and Polly escape their jail cell by playing off the guard’s superstitious nature and head back to the church to investigate Longfoot’s murder. In comes the squire

They find a man named Josiah Blake there, whom Ben quickly knocks unconscious; Blake turns out to be working for the king to bust the local smuggling ring. 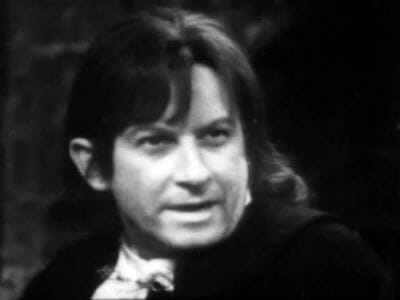 Elsewhere on a pirate ship, the Doctor verbally spars with his captor, Captain Pike. The squire is revealed to be a smuggler and forms a partnership with Pike to find the missing treasure. 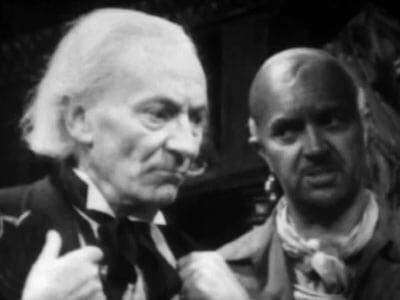 The Doctor finds himself on Pike’s ship

At the church, the squire, Pike, and Cherub find and kidnap Ben and Polly, and try to convince Blake that those two are the real smugglers. Blake arrests them, but after taking them back to the inn, reveals that he believes them and that he suspects the squire is the real culprit, but doesn’t yet have the proof he needs to bust them. 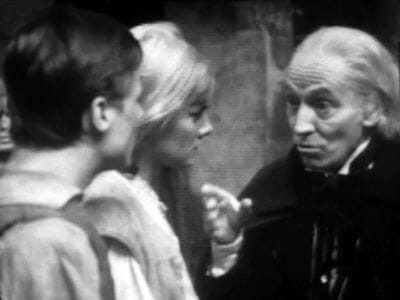 The Doctor is reunited with his companions

The Doctor manages to escape the pirate ship and hooks back up his his companions. They figure out that the message Longfoot gave them refers to names on tombstones in a crypt. 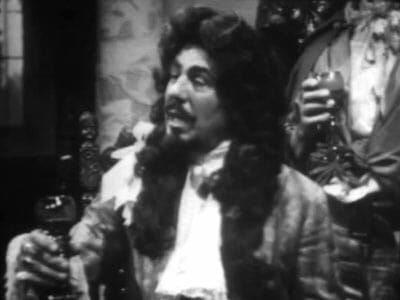 Cherub shows up and the Doctor is forced to repeat Longfoot’s message; Deadman, Smallbeer, Ringwood, and Gurney were all crewmembers on Captain Avery’s ship. 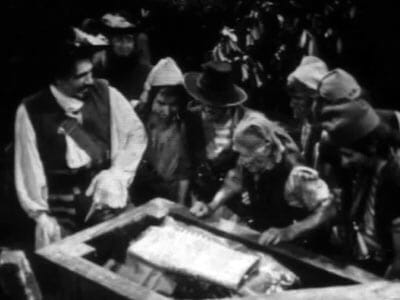 Pike and his men

The Doctor finds the treasure under Deadman’s tombstone, but Pike and his men try to get it; Blake finally arrives with his men and all hell breaks loose as a fight breaks out. A bunch of people die; the Doctor and his two companions escape to the TARDIS and head to “the coldest place in the world.” 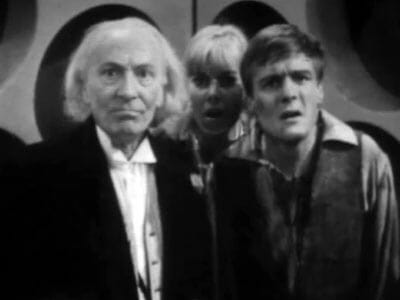 The group prepares for their next adventure

This was a pretty typical Doctor Who historical story; someone dies, someone is accused of murder, and someone looks for something. Nothing at all noteworthy or interesting going on. It’s well-produced and populated with enough characters and locations…it’s just not special. And as much as I appreciative historicals, I’d go as far to say that this one is really boring. 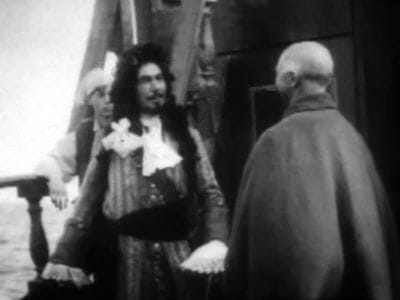 The more I watched, the less interested I became – it was a slog to get through. But in The Smugglers‘ defense, the fact that this serial is almost entirely missing (save for a few seconds of footage) probably had something to do with it. 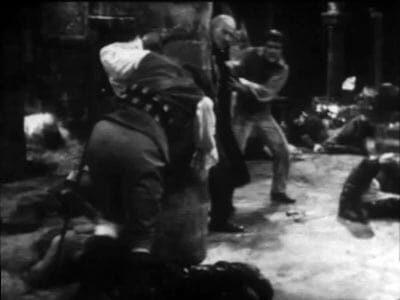 I’m sure the fight between the pirates and the authorities at the end of episode 4 was impressive, and it’s too bad it no longer exists. 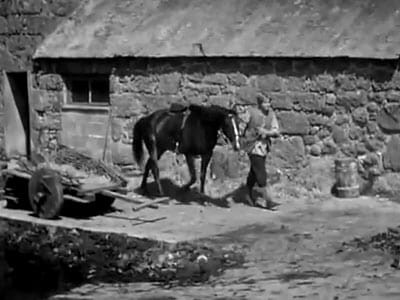 The only way I’d recommend this story is if you really like historicals or if you want to see the rare First Doctor + Ben and Polly combo in action.