In Atlantis, the Doctor must stop a mad scientist from destroying the world.

Doctor, Polly, and Ben are now joined by Jamie, a friend they picked up from 18th century Scotland in their last adventure, The Highlanders. 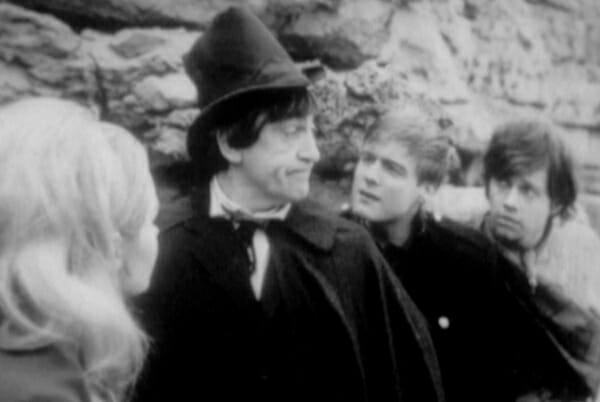 The TARDIS materializes at an island on Earth in the near future (197-whatever). They’re immediately kidnapped and taken underground to the lost city of Atlantis. 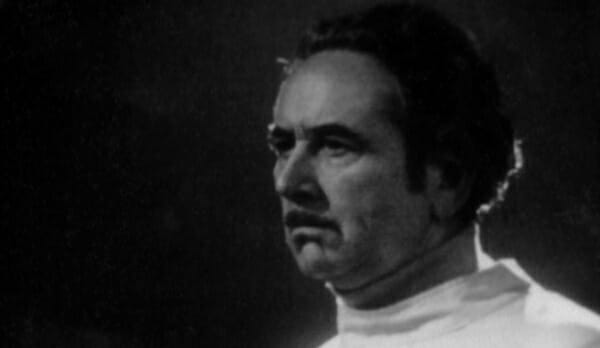 There, a scientist named Doctor Zaroff (who also found his way to Atlantis) has become a powerful man among the Atlanteans, kinda-sorta like Heart of Darkness. He appears to be working on a way to bring Atlantis back to the surface, but really, he just wants to destroy the world because he’s THAT insane. Polly is separated from the others and placed on an operating table where an Atlantean surgeon wants to turn her into a fish person. The Doctor meets with Zaroff and innocently cuts power to the operating room; a friendly Atlantean named Ara takes Polly to safety. 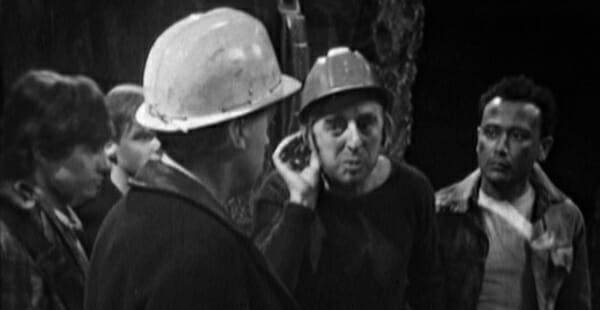 Meanwhile, Jamie and Ben are taken to the Atlantis mines to do manual labor. They conspire with a couple other prisoners to escape through some underground tunnels, and find their way a large room containing a statue of the Atlantean goddess, Amdo. 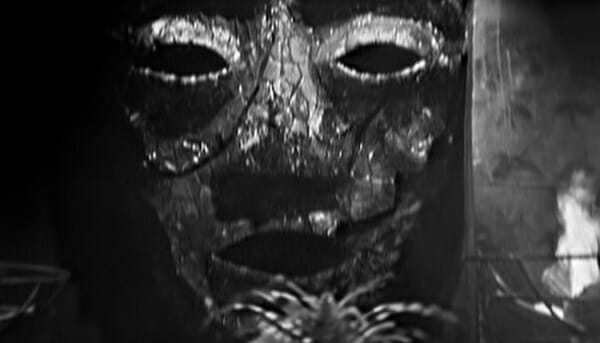 The Doctor secretly meets up with a priest, Ramo, who’s critical of Zaroff and convinces him that, yeah, Zaroff’s bad news. They meet up with the supreme Atlantean leader Thous to argue their case, but he hands them over to Zaroff. 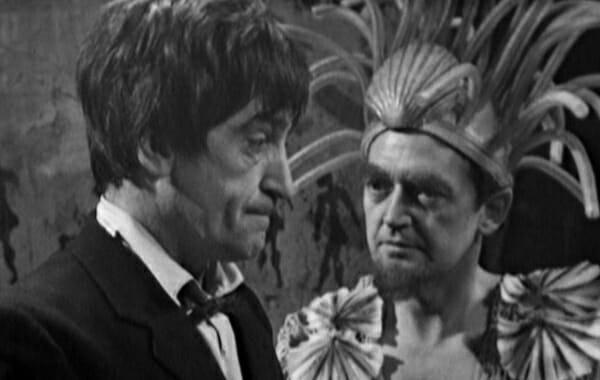 The Doctor meets with Ramo

The Doctor and Ramo are to be sacrificed to Amdo, but Ben saves them by speaking through the statue, pretending to be her, and they all escape. Meanwhile, Zaroff gets into an argument with Thous and kills him. 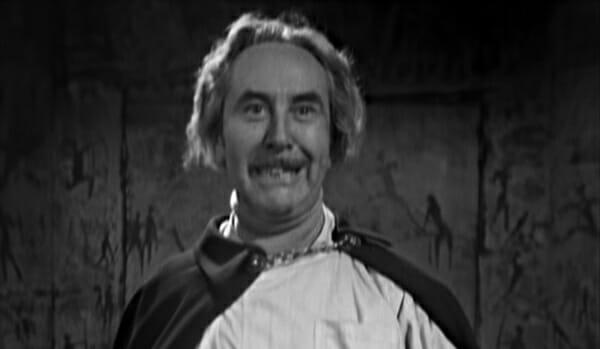 “Nothing in the world can stop me now!”

The Doctor and co. stop Zaroff’s plan by overloading the reactor or whatever. Zaroff is killed, everyone else retreats to the TARDIS and leaves. 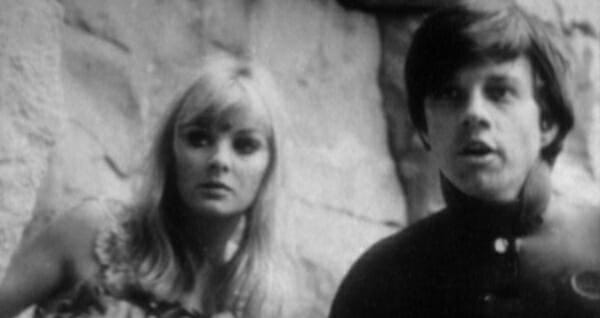 Back on the surface

For the longest time, I wasn’t looking forward to seeing this serial. Years ago, I had seen one of the surviving episodes – wasn’t impressed – and dreaded watching the rest. Now that I’ve finally seen the whole thing start to finish, I’m surprised I…actually enjoyed it!

The story is nothing special in the least, and is an unimpressive plot. What makes it for me is Joseph Fürst’s potrayal of Dr. Zaroff. As in Dragonfire, the over the top villain really saves the serial. The fact that he wants to destroy the world is so comic booky and doesn’t make sense, but that’s what I like about him – his madness. Every scene of his is a joy, and coupled with Patrick Troughton’s usual goodness (in his 3rd ever serial!), makes for entertaining viewing. 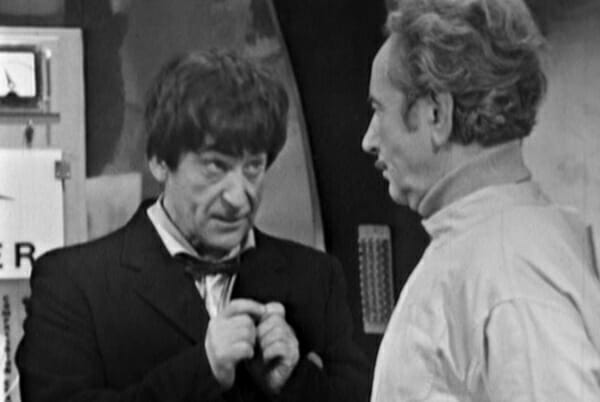 Zaroff was the highlight of the serial

The Fish People were…well, they were fine. I’m surprised they didn’t have a large a role as typical Who monsters. There’s a really bizarre two minute scene of them swimming around set to equally bizarre music. It’s fever dream material. 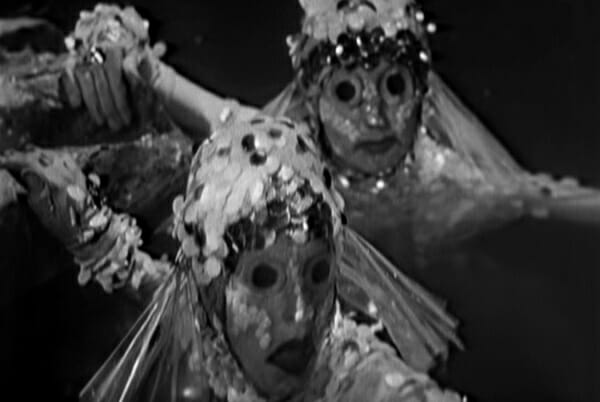 While episode 2 was recovered relatively recently, episodes 1 and 4 are sadly still missing. There are telesnap reconstructions, and the DVD release has a not-particularly-good one, but it’s a shame they weren’t animated like other missing serials (there were plans but they fell through). I’m glad 2 and 3 survived, though, because they were the strongest parts of the serial.