A man who hates people becomes omnipotent and makes them all disappear. 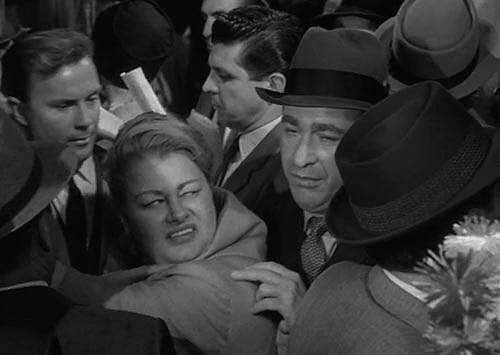 There are simply too many people

This episode is about a man named Archibald Beechcroft, and he hates people. Really hates them, and he reminds us constantly of this fact. 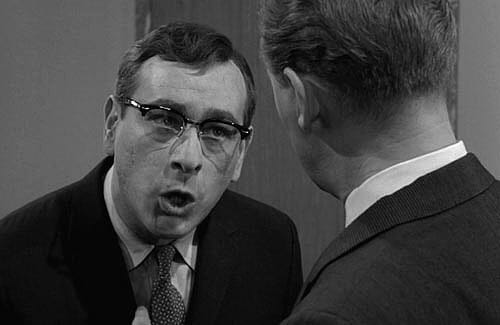 Archibald’s having a bad day

Every day when he goes to work he deals with a crowd of people on the train, a guy spills coffee on him in the office, people talk to him in the bathroom – he hates all of it! 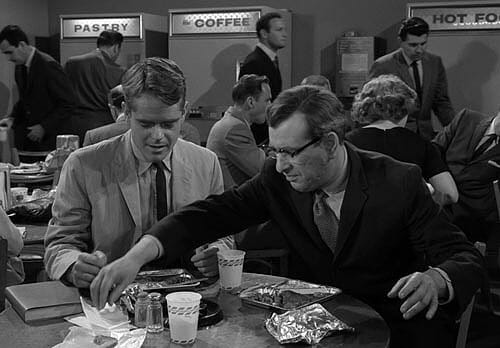 Archibald has lunch with the coffee boy

As an apology for spilling coffee on him earlier, the coffee boy gives Archibald a book called The Mind and the Matter, that teaches people how to make thoughts turn into reality. 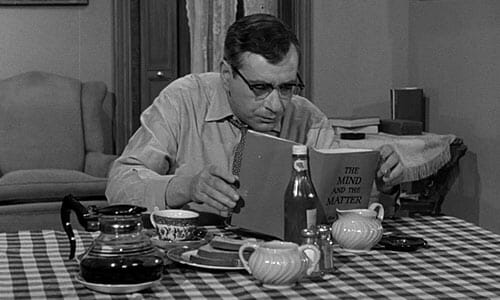 Archibald reads The Mind and the Matter

Archibald reads the book and, imagine that, he actually gains omnipotence; he tests this new power by making his landlady disappear. Hey, that’s a good idea! 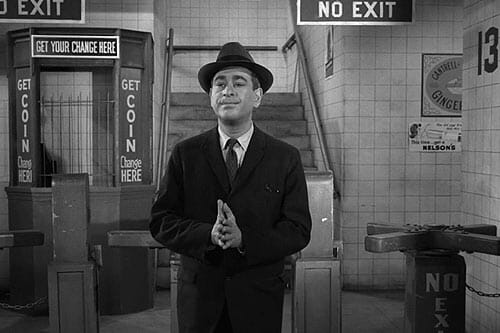 The next morning, he makes everyone in the vicinity (the world?) disappear. But he soon finds out that maybe this wasn’t a good idea. 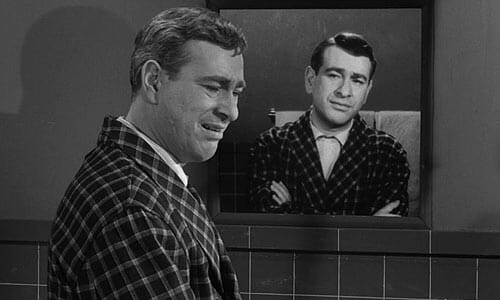 Archibald speaks to his “conscience”

At the behest of his…conscience, I suppose – his reflection – Archibald brings some people back, but makes them all versions of himself. Duplicates. 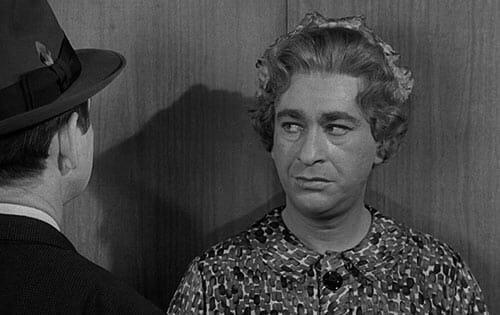 As he spends time with all these other Archibalds, he realizes, wow, he’s a miserable guy to be with. So he brings everything back to the way it was before and returns the Mind and the Matter book to the coffee boy: “Frankly, I thought it was a lot of pap,” he says, “It was interesting, but totally unbelievable.” 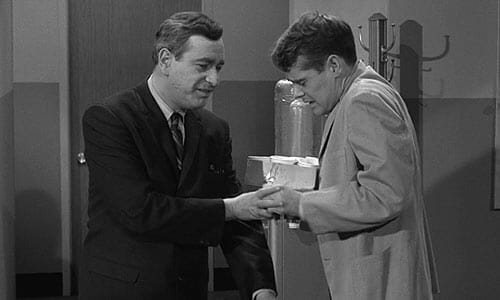 Archibald returns the book to the coffee boy

Not the greatest episode, with an ending so predictable, you can see it coming the minute everyone disappears. Archibald was a jerk (obviously) and it’s not clear if he learned his lesson or not at the end. It tries to be comedic, but just isn’t funny. 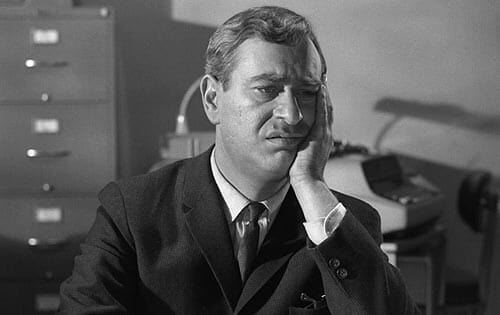 How’s that “no people” thing working out, Archibald?

I was disappointed because the premise was intriguing, and I wanted to see Archibald do fun things with these powers, like play practical jokes on people à la Q in Star Trek or do the same sort of stuff as Jim Carrey in Bruce Almighty (albeit on a much smaller budget). But no, Archibald lacked imagination. 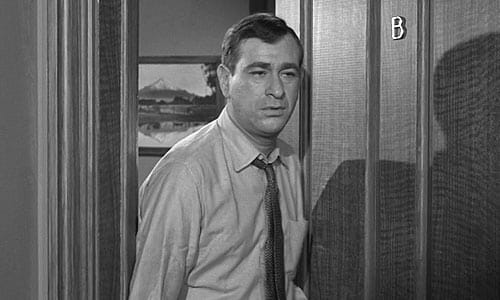 Was the landlady restored with everyone else?

The few things he did do with his omnipotence were rather boring; turning everyone into duplicates of himself was the only thing he did that was halfway amusing. And it was so weird he got his powers overnight from just reading a book! A weak episode that could have been better with a few quick fixes.