An airplane gets caught in turbulence and goes back in time. 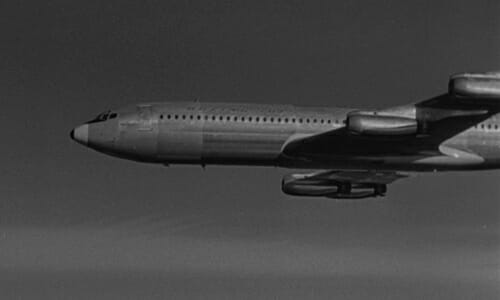 The setting of our story

An airplane, Global Airlines Flight 33, traveling from London to New York hits some turbulence and breaks through the sound barrier. 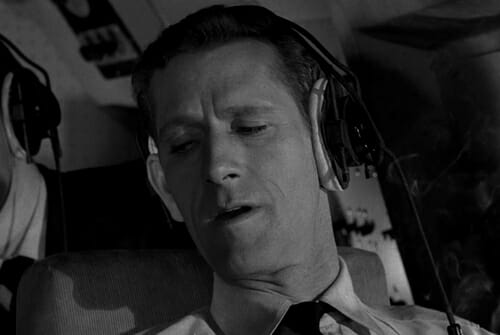 I thought the captain was Robert Stack (sounds like him!) but it’s John Anderson

When the crew and passengers look out the window and see dinosaurs, they realize they’ve gone backwards in time! 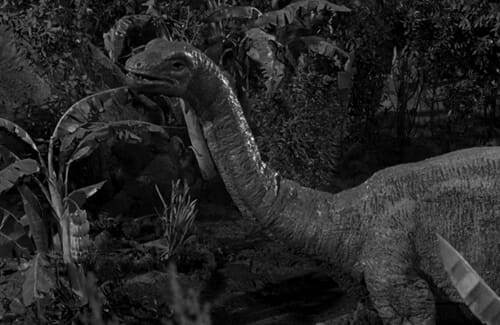 I love the stop motion dinosaur

The pilot reverses course and the plane breaks through the sound barrier again; this time they arrive in New York, only 20 years too early. 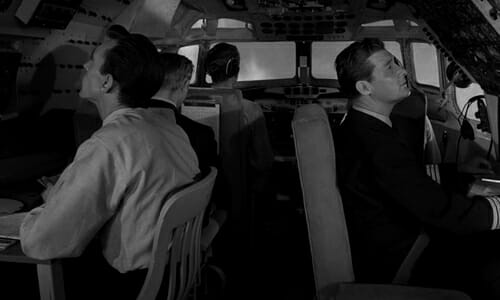 The crew tries to figure out what’s going on

In the last scene, the pilot prepares to repeat the time warp trick one more time, hoping they have enough fuel to make it home. 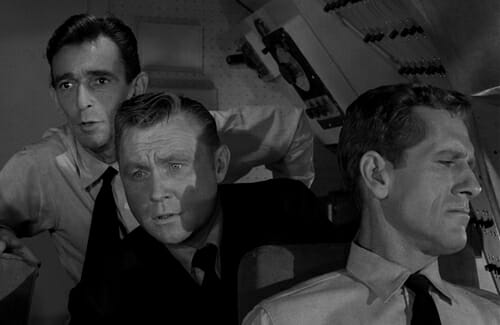 Still not home yet

Nearly the entire episode took place in the cockpit – and what a cramped cockpit it was, with five people in there (not including the stewardess)! There were way too many close ups of sweaty faces as the crew reacted to their situation and their surroundings, so it’s not at the top of my rewatch list, but it was tense and well-paced nonetheless. 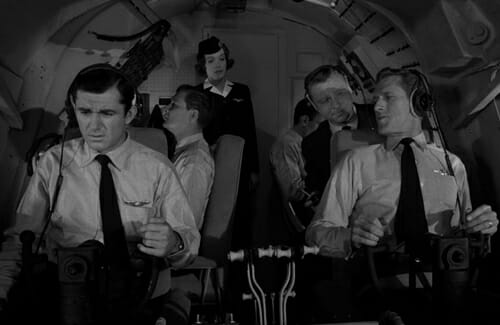 Look how crowded it is!

We barely saw any of the plane’s passengers; there’s a somewhat comical scene showcasing two (a British man and an elderly woman), but they don’t show up again afterwards. Weird that they only got focused on that one time. 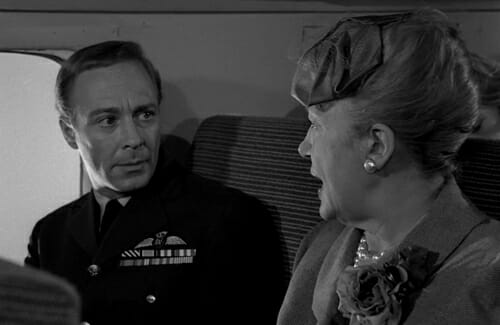 Other than these two, we didn’t see much of the passengers