Young Jana is sick of staying cooped up at home with mom, dad, and five robot servants. 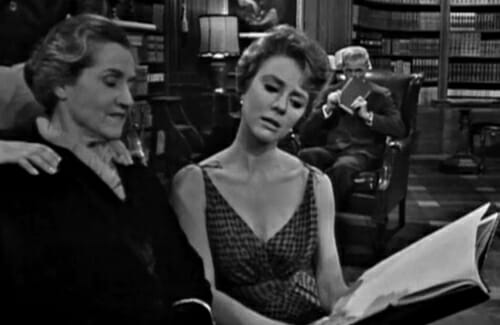 Meet the Loren family: Mr. Loren, Mrs. Loren, and daughter Jana. They spend their entire existence in an extravagant house living like hedonists; every single one of their needs is tended to by their five robot servants (created by Mr. Loren). 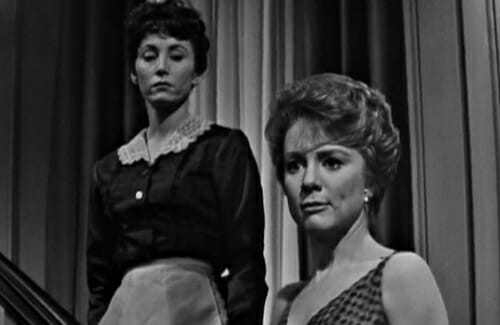 Jana with one of the robots 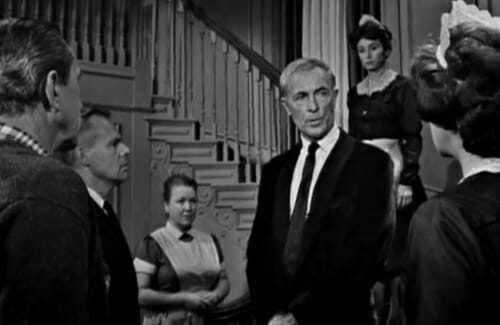 Dr. Loren with all the robots

She manages to convince her father to turn off all the robots, but in the shocking twist at the end, it turns out she herself is a robot! 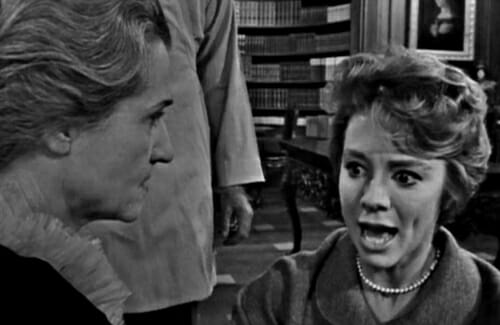 Poor Jana has a nervous breakdown, and in the final scene we see she is reprogrammed into one of the servants. 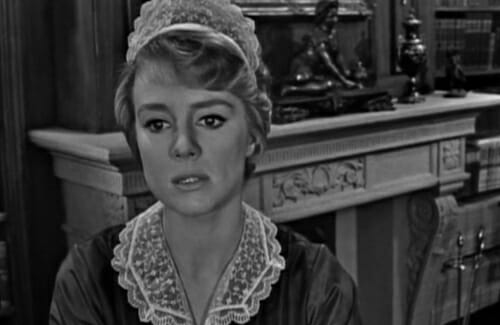 I thought this ending was a little much

This was an entertaining if simplistic episode; genre-savvy viewers could probably see the twist coming a mile away, but it was still entertaining to watch unfold. It felt a lot like a stage play with its minimal sets and heavy dialogue, and it was one of a handful of Twilight Zone episodes shot on video instead of film, so it looked really cheap. Jana, as portrayed by Inger Stevens, was fun, what with her screaming tantrums and melodramatic breakdowns – definitely added to the theatrical feel.