This mini-episode, created for the Children in Need charity, bridges series 3 and 4 of Modern Who. We start with a reprise of the end of Last of the Time Lords, with Martha leaving the TARDIS. 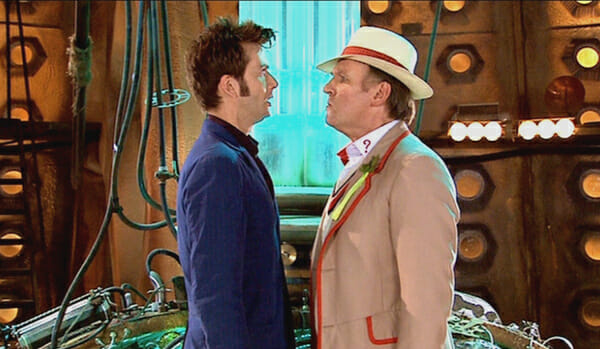 An alarm sounds and the Fifth Doctor’s TARDIS merges with the Tenth Doctor’s, creating a dangerous paradox. The Tenth Doctor figures out the solution by remembering what he did when he was the Fifth Doctor in this incident; both TARDISES separate and the Doctors say their goodbyes. 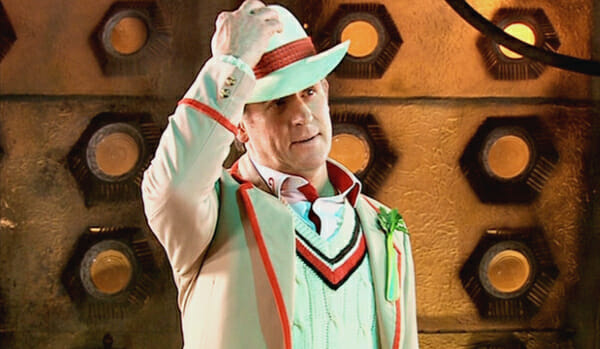 Then the Space Titanic strikes the TARDIS, leading to Voyage of the Damned. 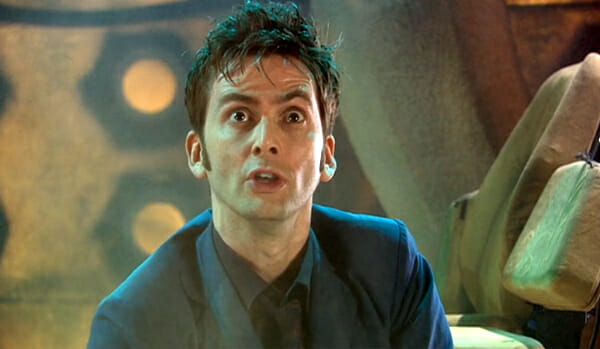 The first multi-Doctor story of modern Who, though the term “story” is used loosely, considering it’s only 8 minutes long, though it’s better than nothing. A cute short. Nice seeing the Fifth Doctor again, even if writer Steven Moffat (through the Tenth Doctor’s dialogue) was very gushy. But it’s perfectly fine because I like the Fifth Doctor too, so I can relate.

Short and sweet – just watch it.