What are the elections of the future like? What are elections in cities constantly attacked by monsters like? Science fiction can give us a glimpse…especially when on a tv budget. 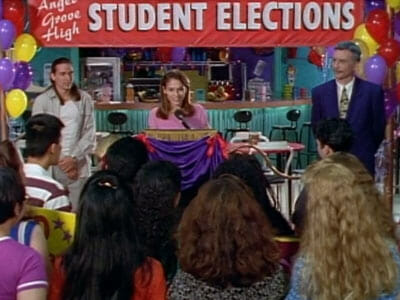 What starts as a friendly competition between Tommy and Kimberly gets heated up after they trip on Rita’s enchanted rope and fall under its spell. They start name-calling and vandalizing each other’s posters until Zordon makes them smell flowers to go back to normal. Bulk enters the race too, promising to discover the identities of the Power Rangers but he doesn’t get far at all. In the episode’s final scene, Kimberly gives an impressive speech (mostly offscreen) and Tommy drops out because she’s really cool and deserves to win, which she does. 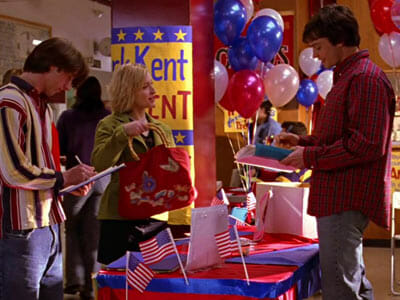 In a race between most qualified (Paul) and most popular (Felice), Sasha is thrown to the wayside…that is, until she uses her ability to control BEES to eliminate the competition. When Clark enters the race, he becomes Sasha’s next target, but he puts an end to her shenanigans and Paul wins the race despite “bee”ing hospitalized.

3. “Everything is Broken” – Defiance 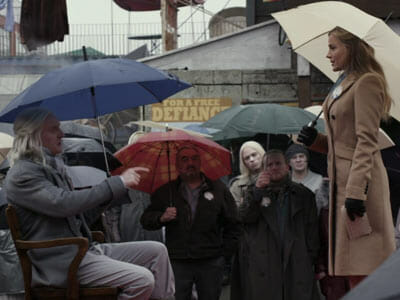 It’s a close vote, but the generally well-liked Rosewater loses to Datak, who exploited people’s fears and promised to pave way for the Earth Republic to come in and provide security. But once he finds out the Earth Republic just wanted to use him, Datak kills E-Rep Colonel Marsh and is swiftly arrested. 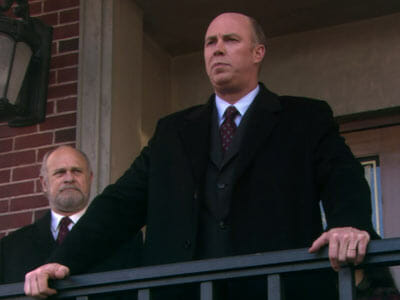 A case of one candidate looking at the big picture (Green) and the other looking for short-term results (Anderson). After a grocer is murdered, the people of Jericho elect the gung-ho, brutish Anderson in the hopes that he will take greater steps to protect the town and punish the murderer. 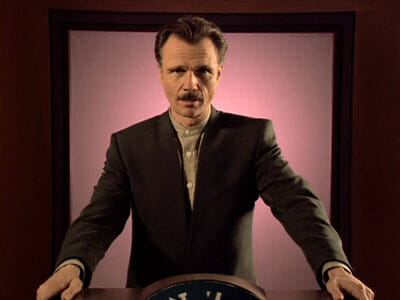 Former Mayor Avery was arrested for using Tek and spent 5 years in the freezer (cryogenic prison). Now, a couple months after getting out, he starts a campaign to regain his position. Avery wants to help Tek addicts, while Brackett wants them to face harsher punishment. After an assassination attempt on Avery, it’s revealed that Brackett was in bed with the Tek Lords, who wanted to use him as their puppet. Brackett is arrested and Avery wins the race. 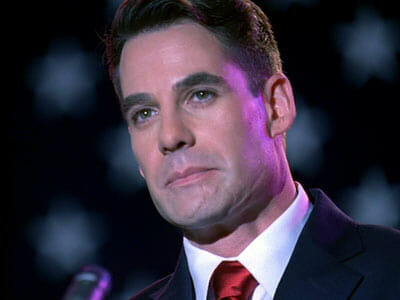 The campaign pops up in the background for most of the season, but I don’t think we see much of what Nathan really stands for. Probably good stuff, though. On election day, Candice has Mica use his powers to mess with the voting machines and give Nathan his landslide victory. 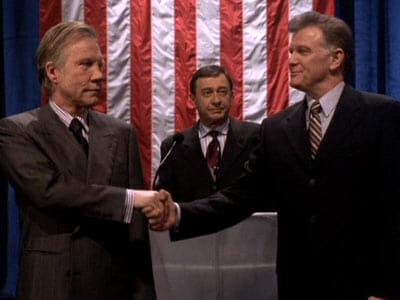 This election was between resistance leader Jonathan Doors, critical of the Taelon occupation of Earth, and incumbent President Thompson, a Taelon supporter. After Thompson is injured from a staged assassination attempt, he clinches the election and declares martial law. 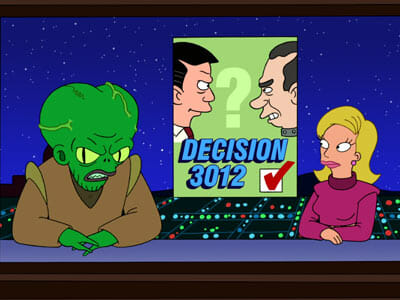 The first Futurama election episode was covered here; in this one, President Nixon is up for re-election (his third term), and running against him is Travers – a nice guy who, as it turns out, was sent from the future to defeat Nixon. Travers wins but fades away because of a time travel paradox, and Nixon claims victory. 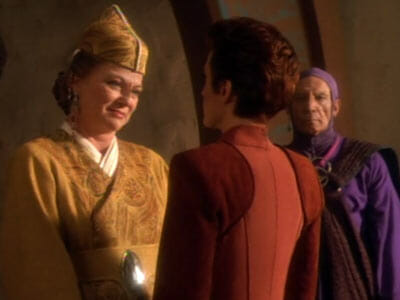 After Kai Opaka opted to stay on the planet of everlasting war, a new Kai – or Bajoran “Space Pope” – was to be elected. Bareil, Opaka’s protege, was thought to have the election in the bag, but he drops out after evidence comes out that he was a collaborator during the Cardassian occupation of Bajor. The truth is, Opaka was the true collaborator, and Bareil took the fall so as to not sully her reputation. With no one to oppose her, the conservative Winn becomes the new Kai. 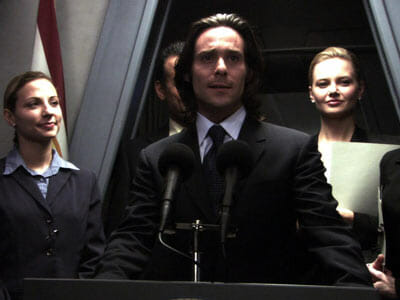 President of the Twelve Colonies

Baltar trails behind Roslin in the polls, until a habitable planet is discovered nearby. Once he switches his platform to forming a permanent colony on this planet, the voters gets behind him and he wins.