With election day drawing near, let’s take a look at some fictional elections from beloved ’90s cartoons and see how they progressed. 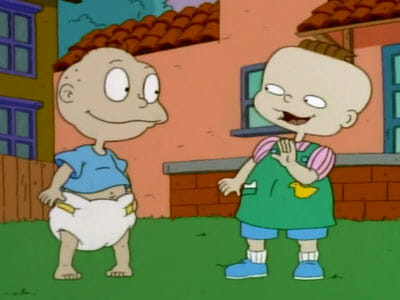 Angelica constantly tries to sabotage this election so it goes in favor of her candidate, Phil, such as pouring slippery goo on the grass when Tommy and Phil have an actual, physical race, or intimidating voters. After all the votes are counted, both candidates have the same number of votes and Dil is summoned to break the tie; he chooses his brother Tommy, of course. 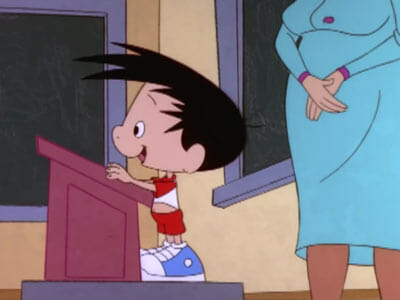 Bobby Generic vs. Cynthia (vs. Jackie)

Cynthia quickly drops out after Bobby literally slings mud at her, but Jackie takes her place in the race. She wants accelerated reading programs, a cool down period after recess, and healthier low fat lunches. Bobby, on the other hand, doesn’t really stand for anything, so it’s no surprise he loses to her. But Jackie’s first act as class president is ceding her presidency and giving it to Bobby because she likes him. 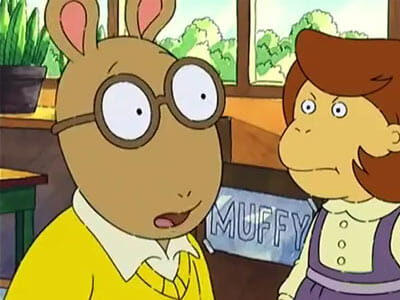 Arthur speaks of cooperation and working together to achieve great things, while Muffy promises no one will have to work because her father will pay for everything. Towards the end of the episode, Binky Barnes gains support for his stance on no more homework and snacks in class, and he wins as the write in candidate. 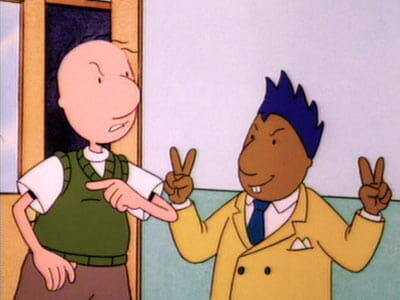 Doug instantly gains momentum and support after guaranteeing free candy and soda for everyone. But once he realizes he can’t do that, he reneges on his word and instead promises to get the vending machines on campus fixed. Skeeter’s uncle Dan Freebird ends up winning somehow (Skeeter spent half the episode wearing Dan’s old campaign materials). 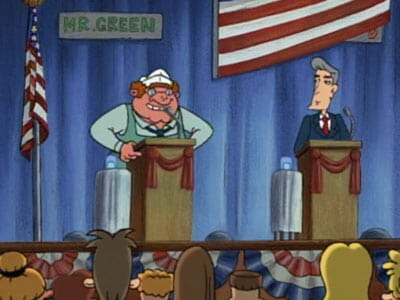 Running on a “fix all potholes” platform, Mr. Green starts off doing badly, trying to mimic Gladhand’s sophisticated appearance and impressive vocabulary. Once he takes Arnold’s advice to be himself, Green turns it all around and is victorious. 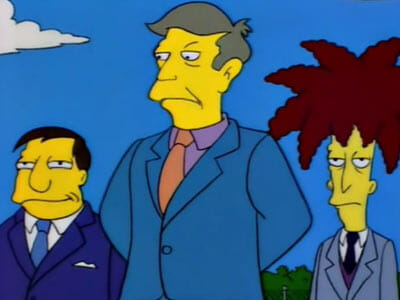 A fresh out of prison Bob Terwilliger (remember the “Die Bart, die” gag?) sweeps aside a haggard Quimby and assumes control…for only the rest of the episode until Lisa and Bart learn he used fraud to win.

Honorable mention goes to the “Citizen Kang” segment in Treehouse of Horror VII, where Kang and Kodos impersonate Bill Clinton and Bob Dole during the 1996 Election. Tons of great lines in that one: “Don’t blame me, I voted for Kodos.” 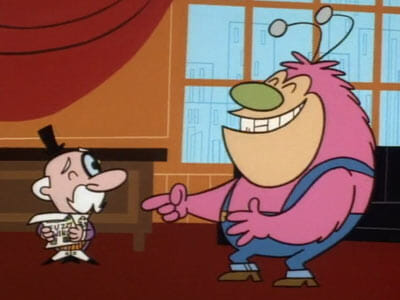 The Mayor (incumbent) vs. Fuzzy Lumpkins

Fuzzy unknowingly enters the race after telling Mayor (yes, that’s his name) to shut up; Fuzzy’s popularity skyrockets and he wins. He abuses his authority by constantly calling the Powerpuff Girls for menial tasks: catching his runaway pig, doing his laundry, milking his goat, etc. So the girls find the old mayor and he has a wrestling match with Fuzzy to win his position back. 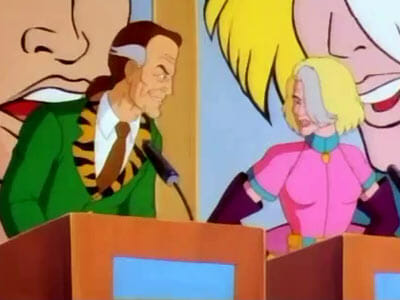 In this episode set in the future, all the A-list Captain Planet villains run for president (sorry Verminous Scum, you suck) against eco-minded Jane Green. Looten Plunder wants extreme tax cuts for the rich, Hoggish Greedly is in the pocket of fast food and candy companies, and Blight wants to turn national parks into landfills. Jane drops out of the race after getting kidnapped by the eco-villains; however, the majority of voters write in “none of the above,” which (apparently) signifies that there will be a do-over election. 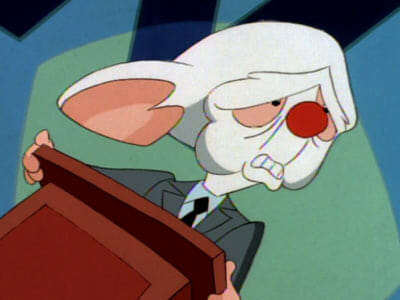 Brain promises three things: to cut the deficit, lower taxes, and (of course) take over world. He gains a lot of support due to the public constantly misinterpreting his maniacal talk – “If people oppose me, I’ll teach them a lesson” as “he’s for better education,” and so forth. But as soon as he makes his first public appearance, people find he’s a mouse and boo him off the stage. 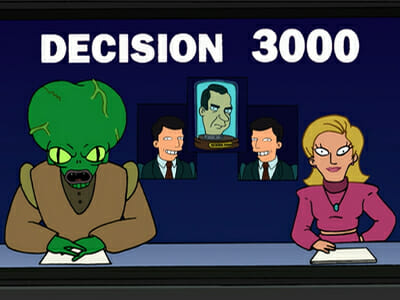 What seemed like a typical election became atypical once Richard Nixon’s head (on Bender’s body) entered the electoral arena. Despite saying he’ll “sell…children’s organs to zoos for meat, and…go into people’s houses at night and wreck up the place,” Nixon wins by one vote.