A workaholic and her estranged father go on a cruise together. 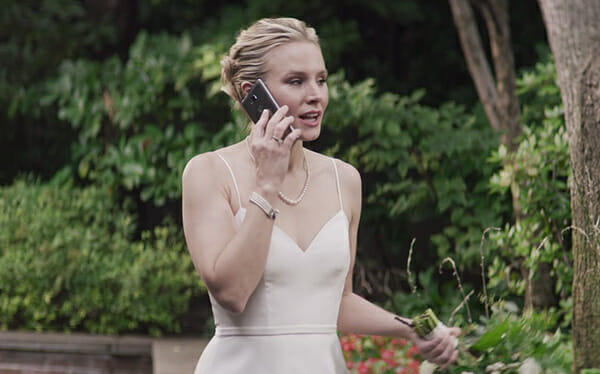 Kristen Bell plays a workaholic named Rachel who’s always glued to her phone – even on her wedding day. The dude she’s going to marry leaves her at the altar because of this, so who’s she going to take on the honeymoon cruise she booked? 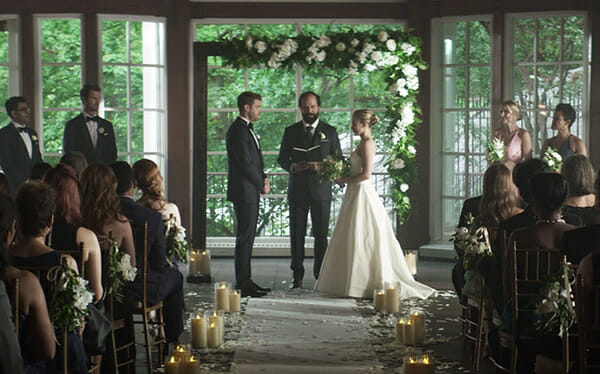 Her estranged father Harry, of course, who showed up at her wedding after not seeing her for however many years. 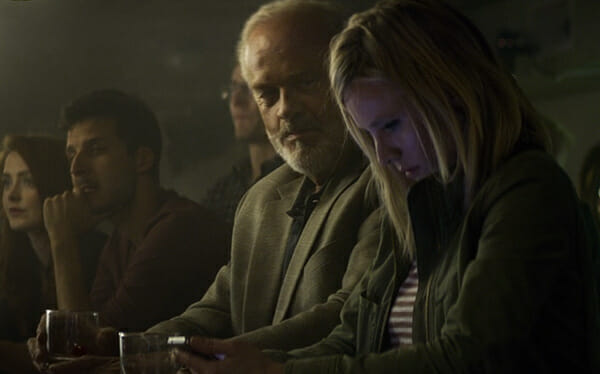 Rachel gets drunk with her dad

Rachel starts the cruise miserable and still glued to her phone, while Harry tries to make up for lost time and get her to live life in the moment. 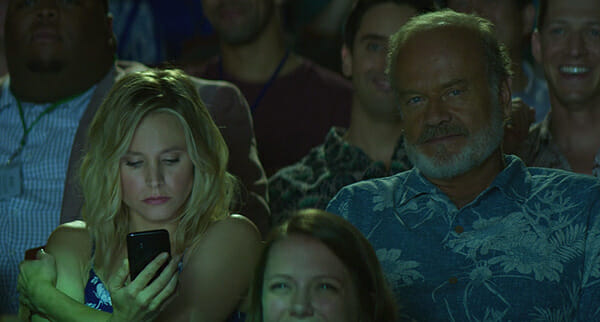 We meet a few other couples on the cruise who try to help Harry and Rachel reconnect.

The ship stops at Jamaica where Harry and Rachel finally have a talk about the past and their relationship. Things are smoothed over and Rachel starts enjoying herself.

Harry and Rachel have a talk

They hit a snag when Rachel finds out Harry’s bankrupt and she thinks he’s trying to get her money, but that’s not the case. 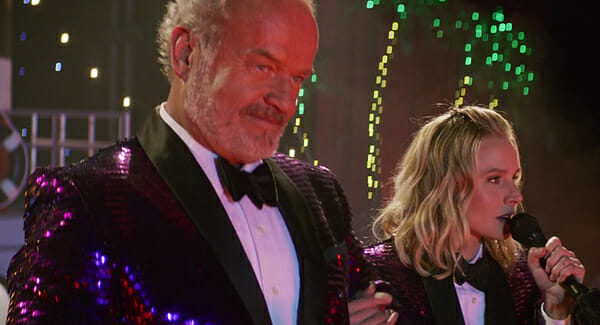 They win a karaoke contest. 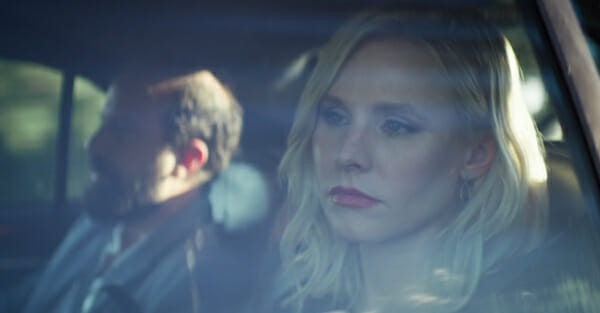 At the end, Rachel returns to work but realizes she’s miserable and takes some time off to be with Harry. 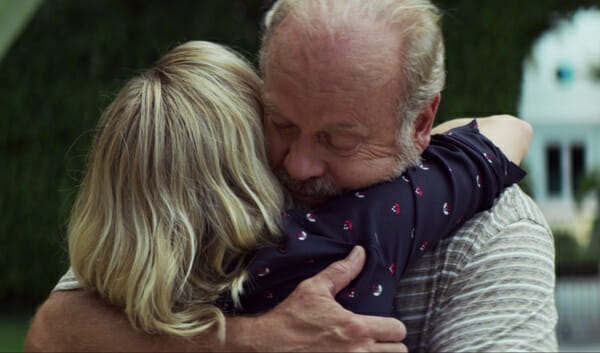 Well, this certainly wasn’t what I expected; I thought the film was going to be heartfelt but also funny, yet it was neither. The emotional scenes felt like they were added to tick a box, while the comedy didn’t work at all. I mean, was this supposed to be a comedy?

The film was really a commercial for cruise ships. Is this what cruises are like? Thing’s like a god damn floating shopping mall.

I hated the supporting cast

The quirky supporting characters were annoying and felt like another box to tick. Seth Rogen’s character surprised me, though; I thought for sure he and Rachel were going to get together in the end – and that’s sort of what the film was hinting at – but ultimately they did not and he disappeared so the focus would be on Rachel and Harry. 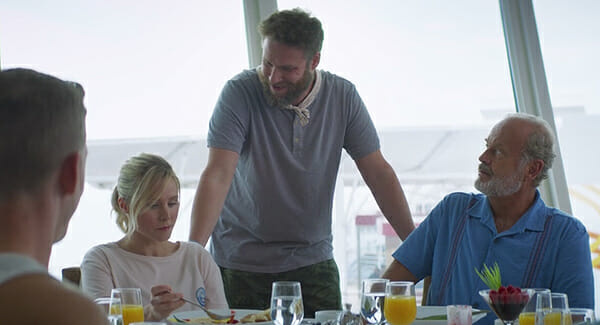 Kelsey Grammer and Kristen Bell were fine, but anybody could have done these roles. It felt a bit phony how they were able to instantly fix their problems after one conversation; probably why the bankruptcy stuff was added later on, so they’d fight and reconnect again. 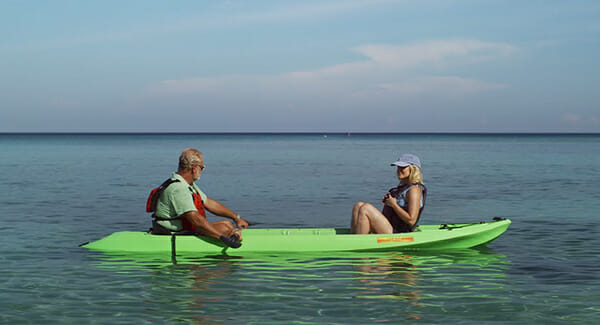 If you want a better “estranged father” film that came out recently (and was also produced by Netflix), I recommend watching Kodachrome instead.

I was going to give it 2 eggs, but the karaoke scene at the end was painful.