While on a date, Cyclops and Jean are kidnapped by sewer-dwelling mutants – the Morlocks! 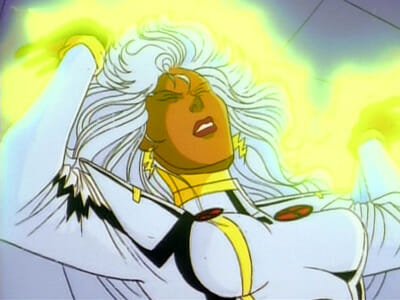 The episode starts in the Danger Room, where several of the X-Men engage in a training exercise. Once again we see Storm’s claustrophobia come into play and she gets frantic, creating a huge-ass whirlwind before collapsing.

Jean pays Wolverine a visit; he’s still recovering from his fight with Sabretooth in the previous episode. We learn that he has feelings for her… 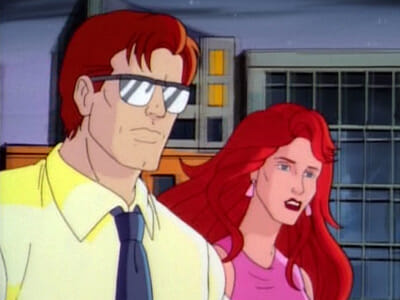 We move to the city where Cyclops and Jean, in civilian-wear, stroll the city on a date night. They see a frog-like mutant child, Leech, steal some fruit from a stand and get chased by angry people.

Leech leads his pursuers (including Jean and Cyclops) to his home in the sewers, where his old lady mutant friend uses her powers to put everyone to sleep. A big bald mutant picks up Jean and Cyclops and carries them away. 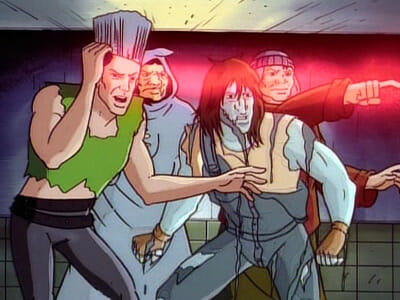 Cyclops awakens later and finds that his powers have been neutralized by Leech. Leech and his friends in the sewer are Morlocks, mutants too deformed and unsightly to pass as human.

Cyclops is introduced to Callisto, the eyepatched leader of the Morlocks. She tells Cyclops she saw his performance against the Sentinels a few episodes back and was very impressed with his skills. She wants him to rule the Morlocks by her side and make babies with her. 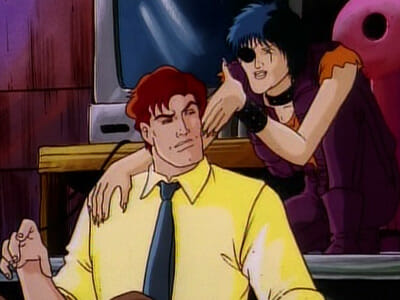 Callisto gives Cyclops an offer (she thinks) he can’t refuse

Thanks, but no thanks. Jean breaks free of her binds and uses her telepathy to contact the Professor before she and Cyclops are knocked unconscious by the Morlocks. 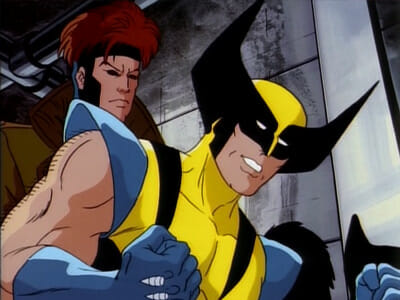 The Professor sends the X-Men down to the sewers to rescue their comrades, and they have an all out brawl with the Morlocks.

Storm challenges Callisto to a one-on-one duel for leadership of the Morlocks; they fight with long glow sticks, and in the end Storm is victorious. She invites the Morlocks to live on the surface, but they decline until humanity has accepted all mutants – Storm assigns Callisto to lead them in the meantime, maintaining the status quo. 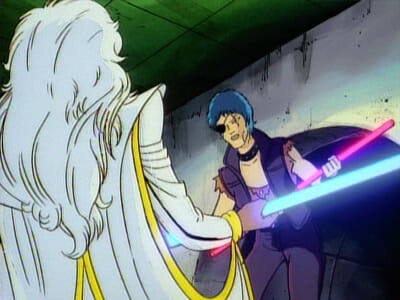 Back at the mansion, the Professor tells Storm she did a great job as field leader. Cyclops and Jean go to Wolverine’s room and find that he’s deserted, leaving behind a torn photo of Cyclops and Jean. 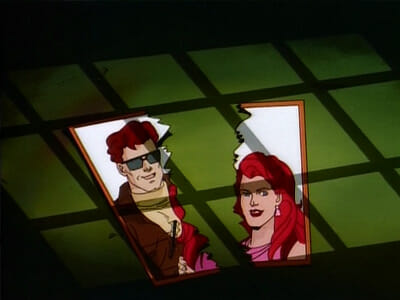 This episode was decent, but not the best – easily the worst of the season. I really dig the concept of the Morlocks, but the plot here wasn’t very captivating, and it was padded with boring action sequences that were way too long. There’s a pointless part at the end, for example, where one of the Morlocks infects Gambit with a plague…but nothing really comes out of it, and he gets cured pretty easily.

Okay, so the Morlocks are supposed to be unsightly: there’s bird people, slime people, 2D rainbow lady…but then there’s regular-looking people with eyepatches and knit hats. Why can’t they pass for “normal” human beings?

By the way, I would be remiss if I didn’t mention the infamous scene where the old lady Morlock makes Wolverine think he’s covered in scorpions. It’s become a minor Internet sensation…