The X-Men face Magneto, the Professor’s former friend turned enemy, when he attacks a military base in an attempt to start a war between humans and mutants. 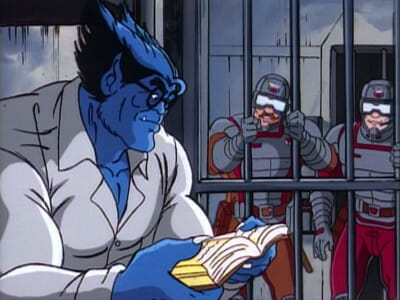 In the previous episode, Beast was left behind and arrested for breaking and entering the Mutant Registration Office. Now he sits in a cell reading Animal Farm waiting for his hearing the next day.

There’s a commotion; a bunch of guards are taken out – Magneto, Master of Magnetism, is responsible, and he’s here to break out fellow mutant Beast. It’s all for naught, though, as Beast opts to stay in his cell so he can prove his innocence in court. Magneto lets him be and departs the prison, leaving destruction in his wake. 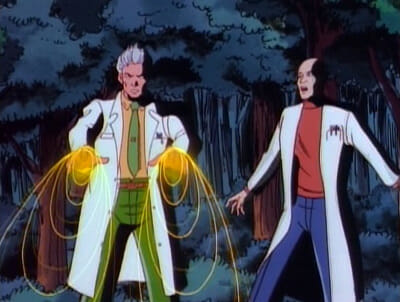 The next day in the X-Mansion, Professor Xavier watches video footage of Magneto’s attack on the prison and dishes out some backstory to Jubilee, that he and Magneto were friends when they were younger. However, differences in ideologies pushed them apart, and they became enemies.

Note that the cartoon shies away from Magneto’s World War II origins and instead mentions a vague foreign army invading his country. 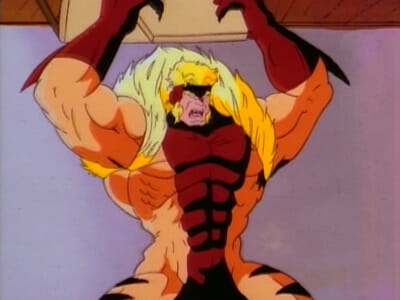 Wolverine and Cyclops attend Beast’s hearing, which doesn’t go very well; he is denied bail, and to make matters worse, people throw tomatoes at him. A mutant known as Sabretooth (Wolverine’s nemesis) barges in, causing a ruckus, but Cyclops saves him from the guards and takes him to the X-Mansion. 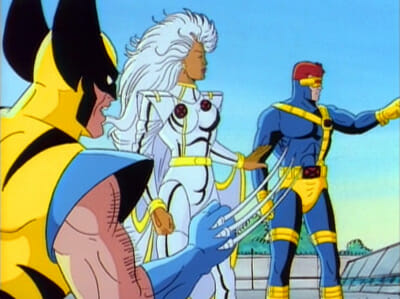 The other X-Men tend to Sabretooth’s wounds, but Wolverine is pissed and wants him out. An alarm sounds – Magneto is attacking a missile facility and wants to start a war between humans and mutants by launching nukes.

Cyclops, Storm, and Wolverine head over there to face him, but they’re too late. Magneto launches the missiles, then leaves. Fortunately, Storm is able to use her powers to destroy the missiles before they’re able to cause any harm.

I liked how there was both an A and B plot (continued in the next episode). Everything moved at a brisk pace with no slow moments or filler. 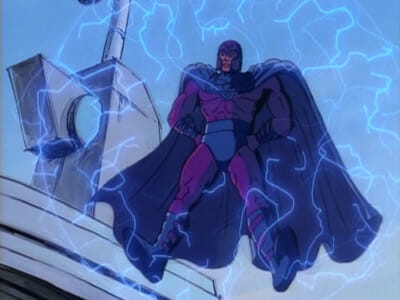 Magneto is not amused

I dig all the Shakespeare quotes in this episode from both Beast and Magneto. Really, all of Beast’s dialogue, quotations, and literary references in this show are great. He adds a lot of class to the series.

I find it interesting that despite being featured in the opening credits, Beast spends the entire rest of the season in prison. It’s partly because he was a late addition to the show’s cast, but I think it’s an interesting move to make, especially for a first season.

Fun fact: the sound effects for Magneto’s powers were recycled from the Star Trek movies.