Angel, a victim of Dr. Adler’s fake cure, is transformed into one of Apocalypse’s Four Horsemen and sent to attack a peace conference. 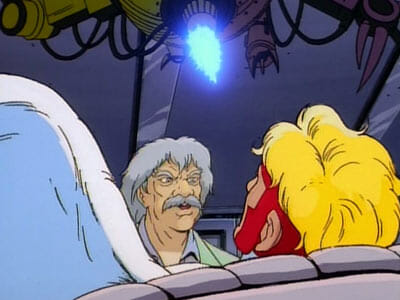 Angel prepares to receive the “cure”

We return where we left off in the previous episode at Dr. Adler’s laboratory. Angel undergoes the supposed treatment (essentially a laser) and transforms into Apocalypse’s slave, Archangel – now with blue skin and metallic wings. 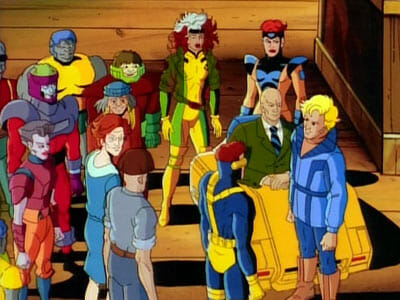 At a nearby pub, a bunch of mutants hoping to be cured have gathered. Mystique enters in the guise of a wingless Warren Worthington, pretending the cure is indeed a cure. She takes three of the hopeful mutants along with her: a sad lady who can make organic stuff die, a guy with a Moe Howard haircut, and the one Morlock that infected Gambit with a plague sometime back.

Adler’s treatment transforms them into Famine, War, and Pestilence. Along with Archangel (Death), these are the Four Horsemen of Apocalypse. Their first target: the World Peace Conference in Paris. 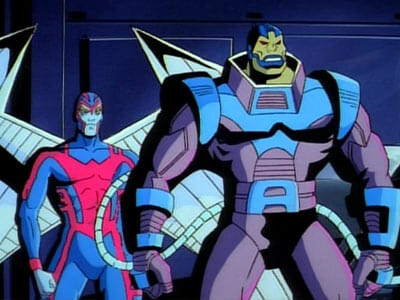 Professor Xavier sends the X-Men off to fight the Horsemen, but assigns Rogue a different task, to investigate the connection between the Horsemen and Adler’s cure. After questioning Adler/Mystique, Rogue learns that Apocalypse has a base at Stonehenge… 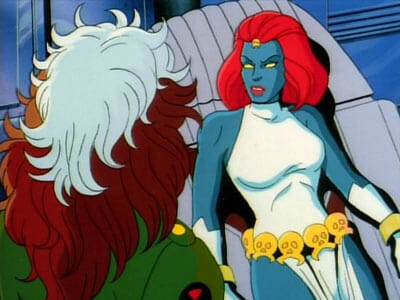 The X-Men are also on the way to Stonehenge, following the retreating Horsemen from Paris. “We are not worthy,” says Archangel, ashamed of defeat. Apocalypse gets shot by one of Cyclops’ beams and declares the battle to begin anew: “Destroy them!” 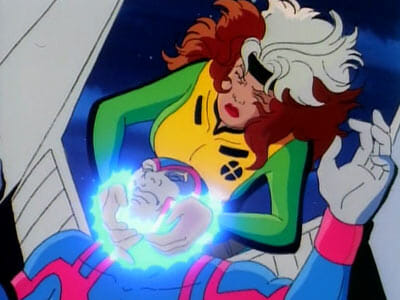 Rogue removes her gloves and touches Archangel, sucking the evil out of him. Now restored (but still blue with metal wings), Archangel takes down the rest of the Horsemen on his own by shooting metal feathers at them; Apocalypse finally admits defeat and escapes with an aircraft he hid underground. Archangel, feeling immense guilt for his role in this horrible incident, also leaves the scene. 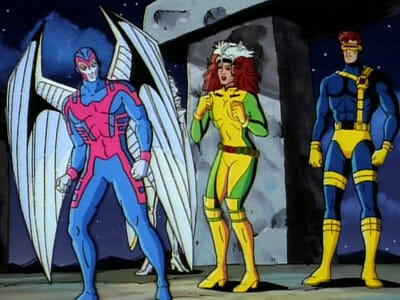 The cure storyline reaches its logical conclusion with this episode building from all that was established in the previous one. The stakes were pretty high, with the X-Men involved in an all out public battle. I do feel it all happens a bit too fast, and the Four Horsemen (save for Archangel) don’t really have a chance to shine. Otherwise, this was a fairly satisfying episode.