An astronaut enters suspended animation for a 40 year, round-trip voyage to another planet. 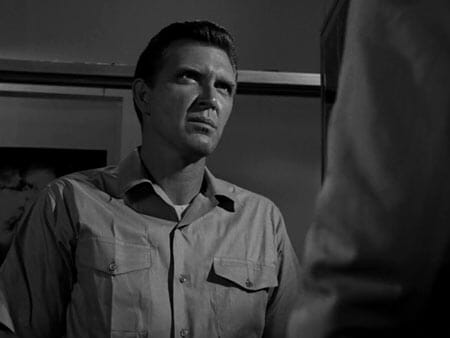 Douglas is briefed on the mission

In the near future, astronaut Douglas Stansfield (played by Robert Lansing, Star Trek‘s Gary Seven) is selected to visit a planet 141 lightyears from Earth. It’s a 40 year round-trip, but Douglas will spend most of it in suspended animation. 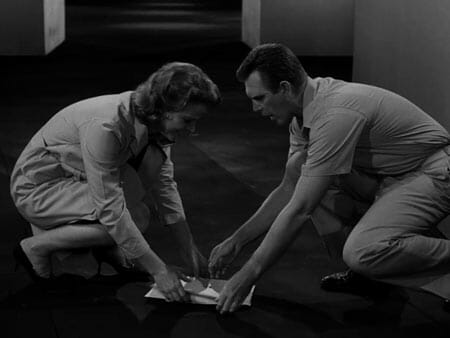 Douglas meets the love of his life

Right before it’s time to go, Douglas bumps into Sandra Horn (Mariette Hartley) in the hallway and immediately asks her out on a date. The date goes very well, and despite knowing each other for only a couple hours, Douglas and Sandra are madly in love with each other. 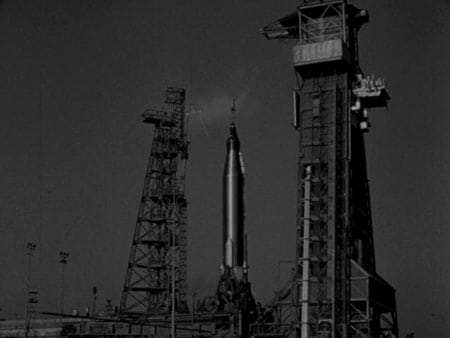 Douglas goes on his trip, but decides to forego the whole suspended animation thing. That way he’ll age the same rate as Sandra, and they can be together as old people when he gets back. 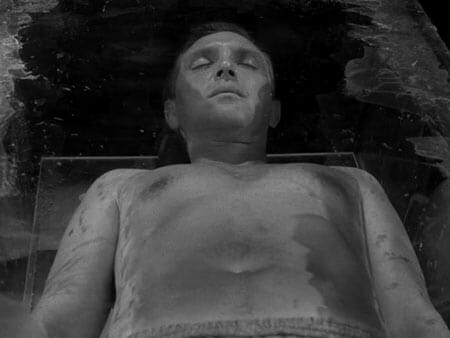 But once the 40 years pass and Douglas returns, he finds that Sandra hasn’t aged at all because she went into suspended animation right after he left. Sandra still has feelings for the elderly Douglas, but he shoos her away. 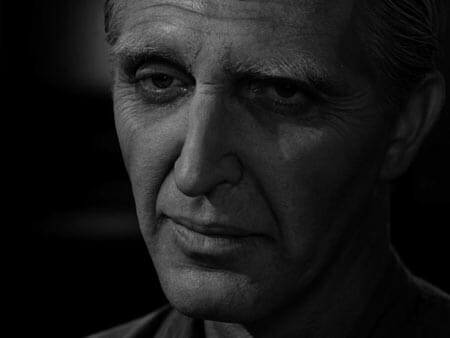 This one had a lot of promise, dealing with long-term space travel and its effects on relationships. But one major flaw in the backbone of the story brings it down: Douglas and Sandra’s relationship is too forced. All it takes is one date and Douglas is ready to give up 40 years of his life for her? 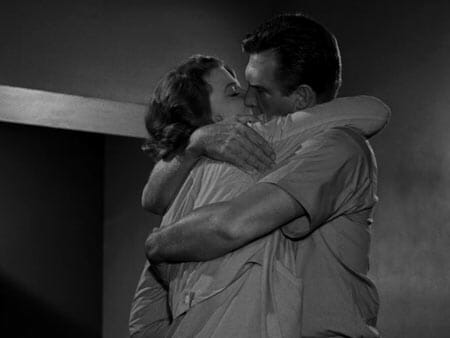 I don’t buy this relationship

Douglas also came off as being a bit creepy. Not only was he a bit too strong in asking her out on the date, but he also sat in the spaceship for 40 years with only her on his mind! I’d hate to see what kind of mental shape he was in once he got back. We’re meant to believe this is the greatest love story ever told, but it’s actually a love story with squandered potential. The fact that Sandra went into suspended animation comes as a surprise because we, the audience, didn’t know it was an option. But in the world of the story, it’s such an obvious solution – couldn’t she have told Douglas so they’d be on the same page?

By the way, what was his source of food during 40 years alone in that ship? Jetsons pills?