On the way to Shaggy’s uncle’s house, the Scooby gang once again runs into the Harlem Globetrotters. Together they face colonial ghosts and a sea serpent. 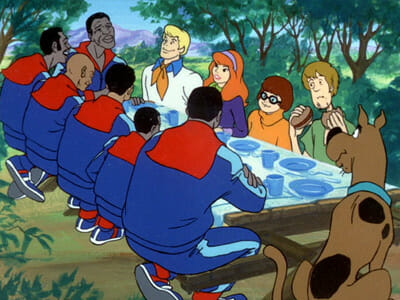 Reunited with the Harlem Globetrotters

The episode starts with the Scooby gang in the Mystery Machine, as always; they’re on the way to visit Shaggy’s Uncle Nathaniel. En route, they find the Harlem Globetrotters in a park grilling various meats. 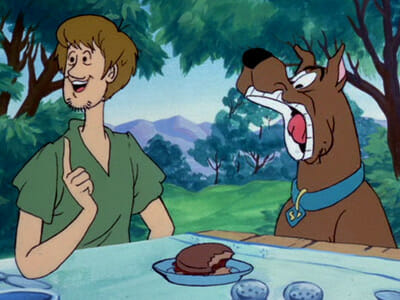 Scooby-Doo at his most terrifying

Both gangs share a meal together, and the Scoobies invite the Globetrooters to hang out with them at Nathaniel’s mansion. 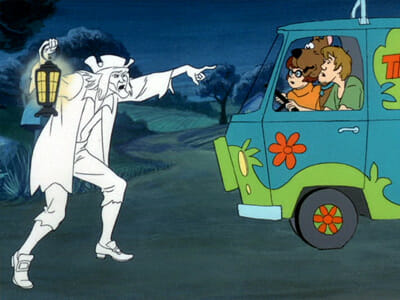 Shaggy and the others run into the ghost of a minuteman

Shaggy attempts to guide the Mystery Machine and the Globetrotter bus, but he’s a little lost and leads the gang to a brief encounter with two Colonial Era ghosts – a minuteman and a redcoat – before finally making it to Uncle Nathaniel’s mansion. 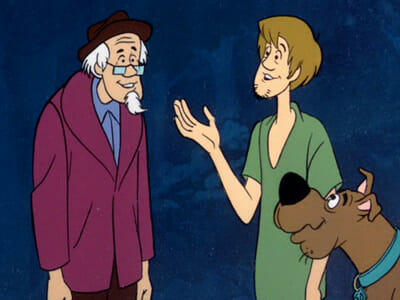 Night at the Mansion

That night, a third ghost (Paul Revere) rides by Nathaniel’s mansion proclaiming that “the British are coming.” Everyone’s all “holy crap, what was that?” 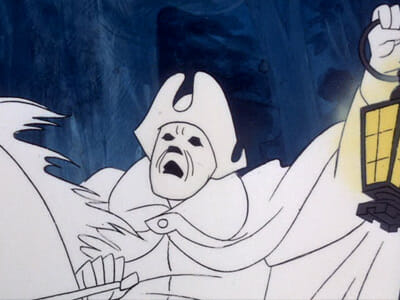 The Ghost of Paul Revere

Revere manages to break into the mansion and we get a chase scene, but then he leaves and everyone and everything is once again hunky-dory. 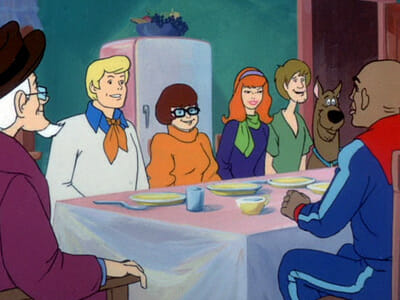 The next day, the Scooby gang and Globetrotters decide to go scuba diving. They head over to the docks, but the three owners are assholes and forbid them from renting a boat; it’s incredibly obvious, by the way, that these three guys are the ghosts.

Velma and Shaggy threaten to call the authorities to complain, but the dock guys change their minds and allow the Scoobies/Globetrotters to rent a boat. 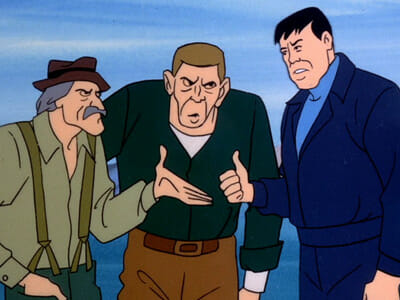 Some of the Globetrotters ski with Velma and Daphne, while Fred, Shaggy, Scooby, and the remaining Globetrotters go scuba diving. Underwater, they find a sunken ship, but the appearance of a Loch Ness Monster-like sea serpent scares them away. 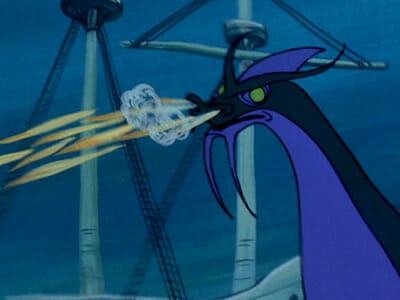 In the end, it turns out the three ghosts were, yep, those three asshole dock worker guys. Some time ago they found the sunken ship, and treasure inside, and they wanted to scare people away until…well, it’s not really specified. One would presume until they got the treasure out of the ship.

I’m also not quite sure why they chose the colonial ghost motif, as it didn’t go with the sea monster. The costumes must have been on sale. The sea serpent deflates and flies into the ghosts

It was all for nothing, however, as Uncle Nathaniel explains the sunken ship and treasure weren’t real, just props made for a movie a few years ago that were left behind by the studio. I’m sure it would be worth something on eBay, though. 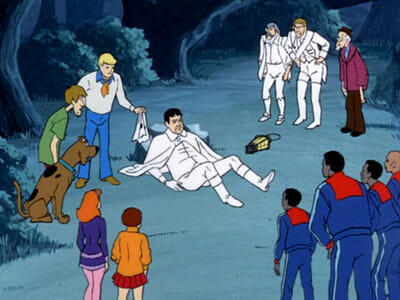 The ghosts are unmasked

The Globetrotters felt a bit shoehorned into this episode compared to their previous appearance; their guest spot could have been filled by anyone and the story wouldn’t have changed. I am relieved there were less basketball hijinks this time, though.

As always with The New Scooby-Doo Movies episodes, and I feel like a broken record for always mentioning this, the episodes are around 45 minutes long, so there were several long, boring scenes that simply existed to make the episode longer. 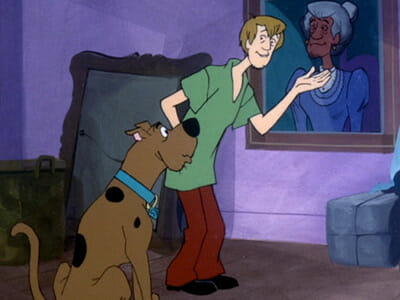 One of these scenes involves Scooby and Shaggy going into one of Uncle Nathaniel’s rooms to look at old family photos. While not a bad scene, it just had no connection to the rest of the episode.