Struggling, middle-aged actress Robin Wright allows herself to be digitized. 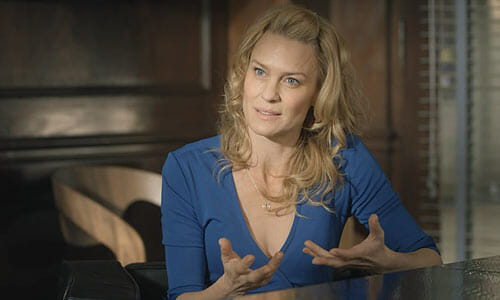 The Congress is a live action-animation hybrid film kinda-sorta based on Stainslaw Lem’s The Futurological Congress. In it, Robin Wright (played by Robin Wright, but not necessarily playing herself) struggles with being a middle-aged actress no one wants to hire anymore, while still living in the shadow of her former, more successful, younger self. She finally gets a job offer through her agent to take part in her final “role” – to be digitally scanned. 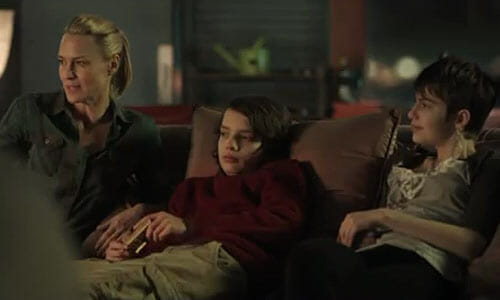 Once scanned, her likeness is converted into a digital, lifelike actor, who can be manipulated in the computer. The digital actor essentially does all the work and appears in movies, while the real one gets royalties. The only catch is that the real actor must never be allowed to act in anything ever again. At all.

At first, Robin declines this job, but with her son’s hearing deteriorating due to Usher syndrome, he finally accepts and signs a contract allowing her likeness to be used for twenty years. 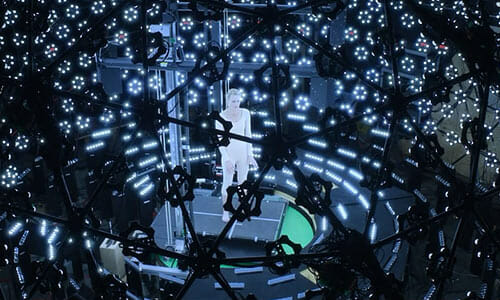 Robin travels to Abrahama City to renew her contract and also to give a speech at a ceremony. The digitization technology has progressed to the point of blurring the distinction between fantasy and reality. People are all hooked on sniffing ampules to change their appearance into celebrities ranging from Buddha to Michael Jackson. 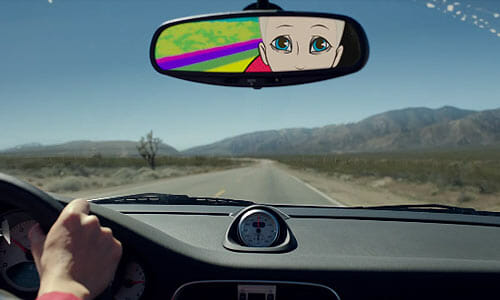 Transforming into a cartoon

In other words, the film is now animated and becomes really, really trippy.

Robin renews her contract, which now includes giving the public the opportunity to literally consume her likeness, then she gives her speech to an audience of hundreds, pretty much saying “shame on you for buying into this crap.” Rebels attack the ceremony but Robin is protected by Dylan, one of the animators who used to work on her likeness; however, she is eventually caught by studio security and shot. They really didn’t like her speech. 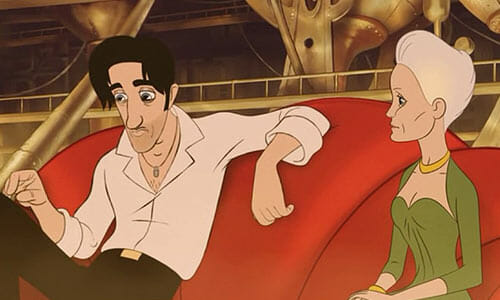 Robin awakens years later in a hospital bed and meets back up with Dylan, but what she really wants is to find her son. Dylan gives her an ampule strong enough to return her to the real world, and the film briefly returns to live action. 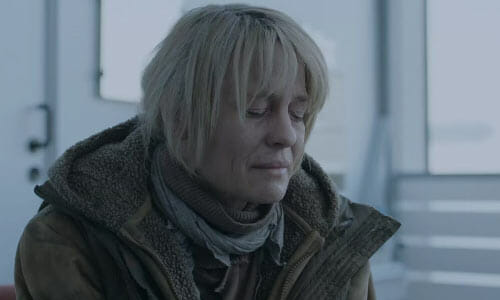 The real world has become decayed and decrepit due to the majority of the population hiding in fantasy. Robin heads to an airship where she reunites with her son’s doctor, whom we saw in the earlier live action sequence. He tells her that her son waited for her and ended up going to the animated world to look for her.

Robin takes an ampule to return to the animated world and finally reunites with her son (?) or maybe it was a fantasy. 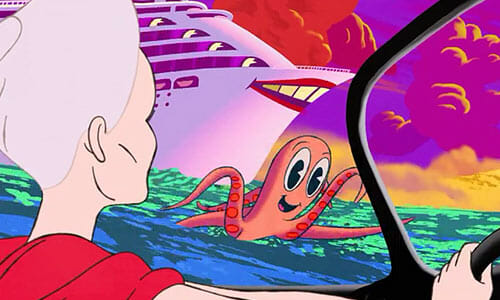 This feels like two separate films in one, each addressing two different issues. The first issue, found in the first live action segment, deals with replacing actors with technology. This was the strongest part of the film, with several good scenes and discussions, and had the film continued on this path, I think the overall film would be much stronger. 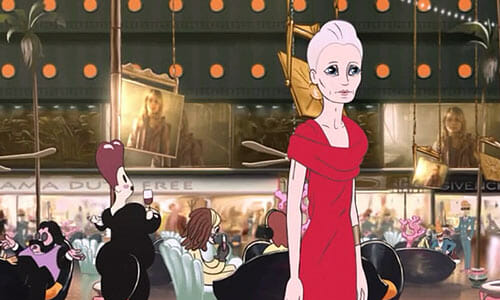 Instead, things take a sharp turn after the twenty year time jump and the film becomes animated. We see a progression of the technology shown earlier, but new issues are presented – first celebrity worship, then the nature of fantasy vs. reality and escapism. The Congress expands its scope, but in the process, loses some of its coherence and feels like a completely different film. By the final scenes, I had nearly lost interest completely and was relieved to see it finally end. 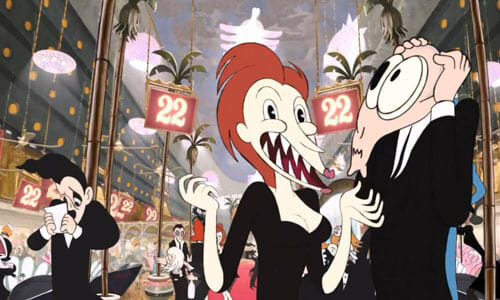 The animation was very expressive

Technically speaking, however, the animated scenes were a pleasure to watch, with their bright, vivid colors, and unique, expressive character designs reminiscent of classic Disney or Betty Boop. It was fun spotting the celebrity cameos.

Robin’s daughter felt a bit pointless and seemed to have only existed so there could be a third person in the family to interact with. After the first segment, we only get a fleeting glimpse of her as part of the rebel attack, then a couple mentions later on; all the focus is on Robin’s son instead. 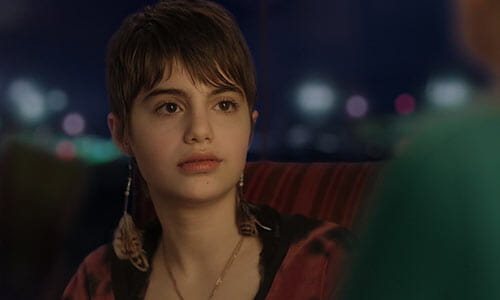 I liked Robin’s relationship with her agent, played by Harvey Keitel, and would have liked to have seen more of them together, but he disappears after the twenty year jump. 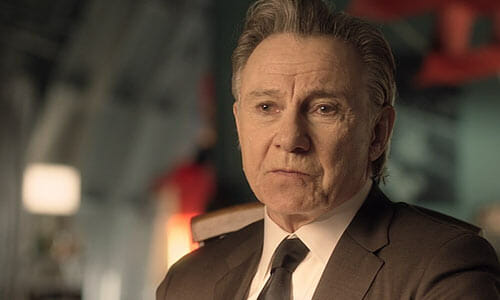 Overall, this film presents several interesting ideas, but doesn’t follow them all through as effectively as it could. Visually, it’s great, and when the story becomes convoluted in the second half, you can turn off your brain and enjoy the pretty colors. I should also mention that the film’s score, at least the “somber” pieces, was pretty good and reminiscent of the music in Gattaca.