When bitten by a genetically-engineered spider, teenager Peter Parker becomes superhero Spider-Man. His first major opponent is a lizard man that wants to turn New Yorkers into lizard people. 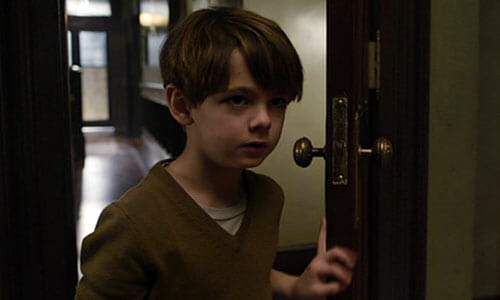 The film opens with a flashback scene at the Parker home; Richard Parker and his wife have to leave to do secret agent stuff, so they take their young son Peter to his Aunt May and Uncle Ben…and never return. 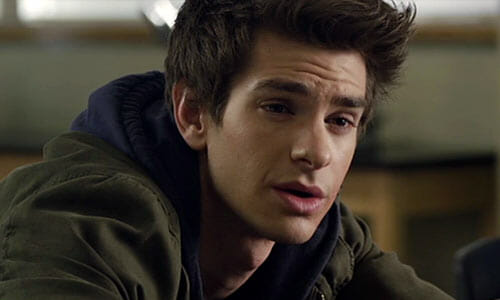 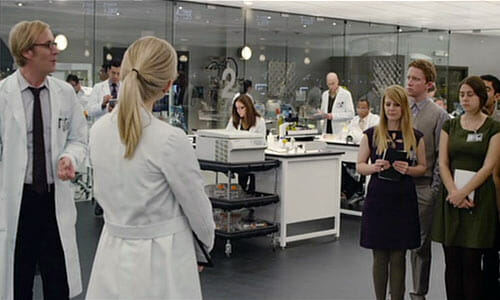 Peter visits Oscorp under the guise of an intern and stumbles into a room full of genetically modified spiders; one of them bites him and gives him super powers. 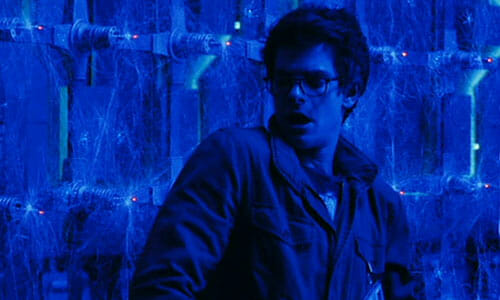 The next day, Peter uses his powers at school to humiliate Flash Thompson in the gym in front of his classmates. Uncle Ben becomes disappointed when he learns about this incident and gives Peter a variation of the “with great power, comes great responsibility” speech. 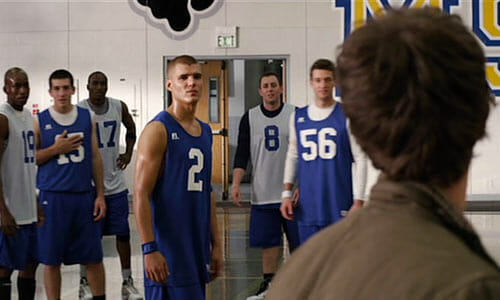 Peter plays a “friendly” “game” of “basket” “ball” with Flash

Peter visits Dr. Connors and reveals that he’s Richard Parker’s son. Connors has been trying to use lizard DNA to regenerate limbs – he has one arm and is personally invested in this project. 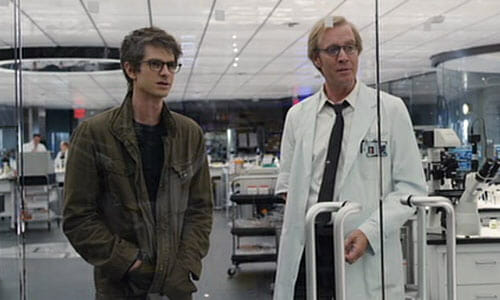 However, Connors has run into some roadblocks with his experiments. Peter gives him an equation (taken from his dad’s briefcase notes) to put him on the right track. 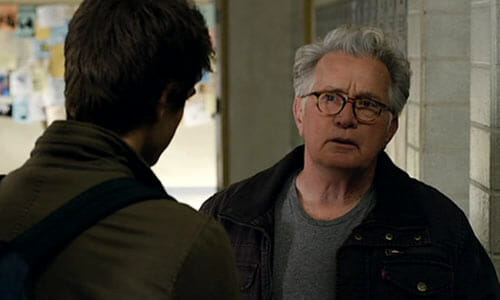 With great power comes something something

While Peter does all this science stuff, he forgets to accompany Aunt May on her walk home through a rough neighborhood; when he returns home, he finds a furious Uncle Ben. They have an argument and Peter storms out of the house. 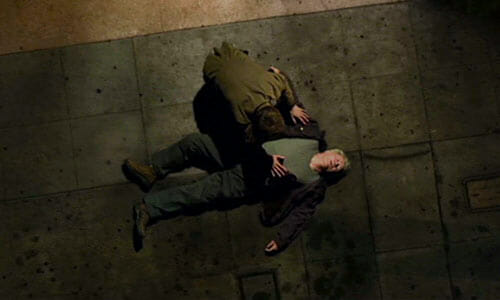 Peter witnesses a robbery at a convenience store but refuses to help because he’s in a bad mood. As Ben wanders the streets looking for Peter, he runs into the robber, tries to stop him, but ends up getting shot. Peter is distraught over his uncle’s death and promises to be more responsible with his “great power.” 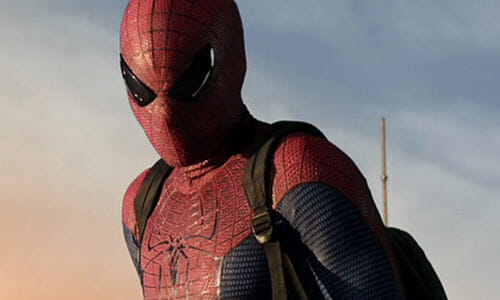 In a montage, we see Peter becoming the vigilante superhero we know as Spider-Man, taking inspiration from a luchador poster to design his costume. He starts catching criminals, starting with the guy who killed Uncle Ben, and gets a reputation in the city as a do-gooder to some, pest to others (notably the police). 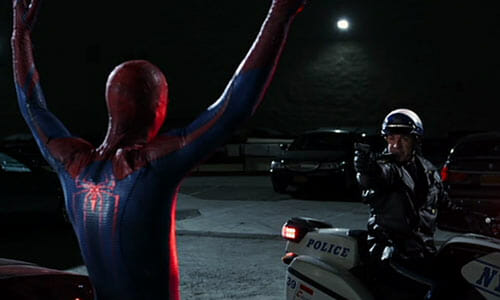 Spider-Man and the police don’t exactly get along

Peter also starts dating Gwen at this time. She invites him to his house for dinner, an awkward dinner dominated by a debate between her police captain father, Captain Stacy, and Peter over the merits of Spider-Man. 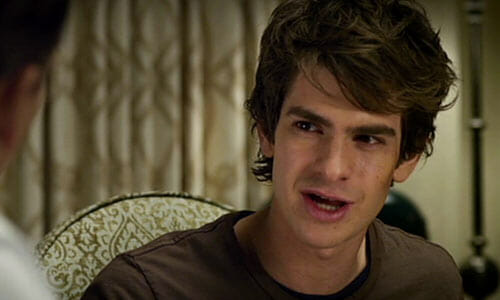 Dinner conversation with the Stacys

Later, Peter and Gwen go out on the balcony and kiss. He admits to her that he is Spider-Man. 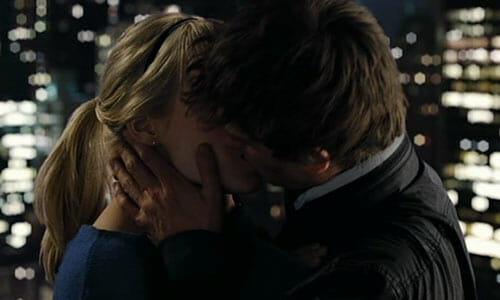 While all this is going on, some a-hole from Oscorp tells Dr. Connors that human trials need to start on the lizard DNA vaccine. Connors tests it on himself and turns into a giant human-like lizard. It’s a Jekyll and Hyde sort of thing. 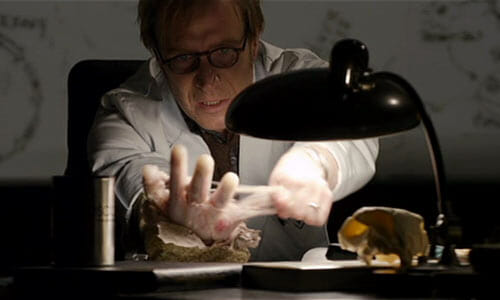 Lizard Connors throws cars off a bridge for no reason, but Spider-Man shows up and catches each and every one of them.

We get a couple more encounters between both Spider-Man and the Lizard, first in the sewers, then at Peter’s high school, but both fights end in a draw. We learn that Dr. Connors wants everyone in the city to be as cool as him and join the lizard club, so he sets up a bomb thing at the top of a building. Once detonated, it will spread a science cloud over the city to transform everyone into lizard people. 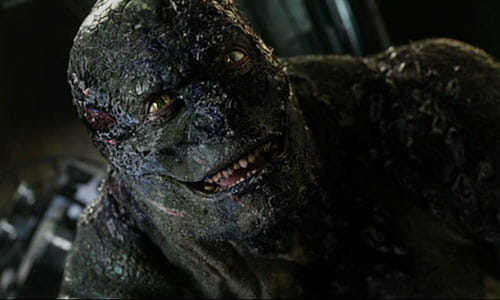 Spider vs. Lizard: Final Round

Peter and Gwen work together to foil Connors’ plan and spread an anti-lizard cloud over the city. In the process, Captain Stacy learns that Peter is Spider-Man and ends up getting mortally wounded by the Lizard. 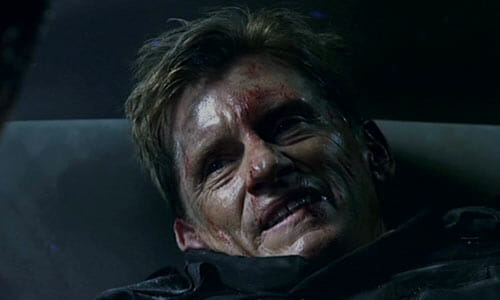 With his dying breath, Stacy demands that Peter stay away from Gwen. The now-cured but still one-armed Connors is taken into police custody. 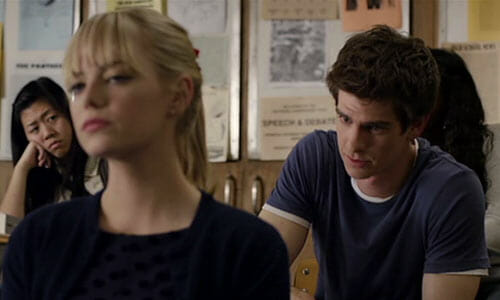 Gwen gets upset with Parker that he’s breaking up with her, but in the very last scene in English class, Peter changes his mind.

In the middle of the credits we get a scene of some mysterious guy appearing in Connors’ cell, asking if Peter knows the truth about his father. Connors says no and the mysterious guy disappears as quickly as he appeared. Dr. Connors gets a mysterious visitor

This is probably supposed to be intriguing, but it came across as a blatant attempt to stir up a mystery that will never get answered. The identity of this mysterious man isn’t even revealed in the next film! 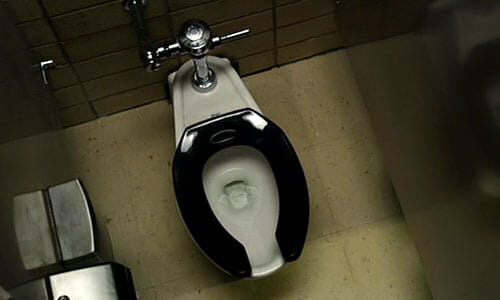 Just going to leave this here

I was interested in Amazing Spider-Man when it came out; I like Emma Stone and felt Andrew Garfield looked more like Peter Parker than Tobey Maguire. Then I finally saw the film… 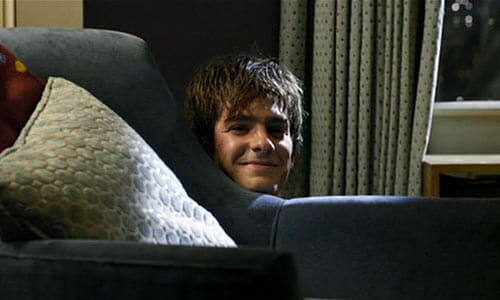 Garfield was okay. It seemed he was doing a Marty McFly impression as Peter, but became confident surprisingly quickly when he donned the Spider-Man persona. I would have preferred for him to gradually stumble into that role. 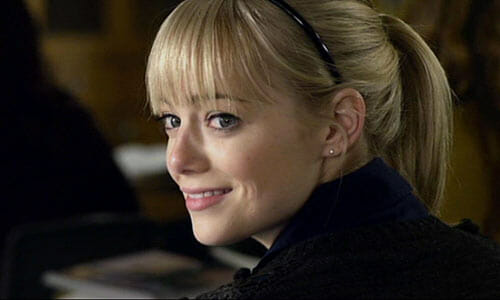 Stone made a great Gwen Stacey. I liked that Spider-Man reveals his identity to Gwen fairly early, bypassing a lot of the standard tropes associated with secret identities in superhero media.

Rhys Ifans (who reminds me of Stephen Merchant) was fine as Curt Connors. The whole well-intentioned-scientist-warped-by-his-experiments character is just really antiquated at this point. 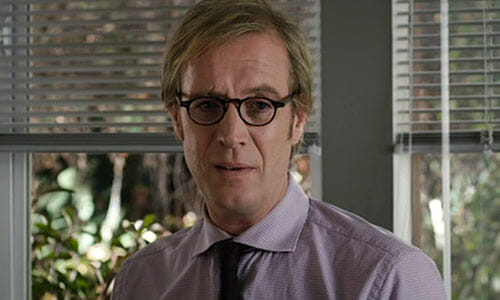 The most egregious drawback of these Amazing Spider-Man films is the out-of-place plot with Peter trying to find out what happened to his parents. It was simply a convoluted device to lead Peter to the character he needed to meet (Connors) to get the plot rolling. It gets worse in the sequel.

And the plot with the lizard wanting to use a device to turn other people into lizards? Replace “lizards” with “mutants” and you have the story of the first X-Men film. 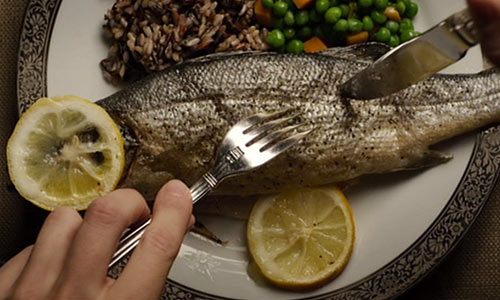 I wasn’t really wowed by the fight scenes, but Spider-Man’s fight with the Lizard at the high school was probably the best, given the destructible environment. The scene of Peter using his uncontrollable powers for the first time on the subway and accidentally beating people up was also memorable.

As I watched this film, I kept thinking about how it would have worked as a Smallville-esque show, with Peter, Gwen, and friends going up against a new superpowered freak made by Oscorp every episode. Oh well, at least there’s the Spectacular Spider-Man cartoon. 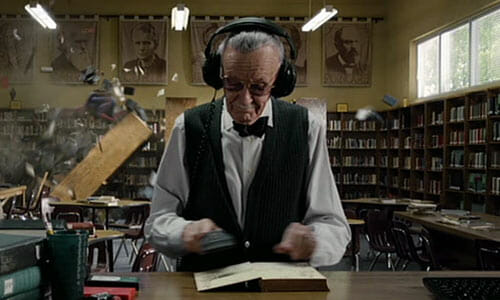 Overall, it has its moments and decent casting, but when compared to its contemporaries, Amazing Spider-Man felt like a step backward in the superhero film genre.