Former Tek user Frank Avery runs for mayor against Kyle Brackett, a man with ties to the Tek Lords. 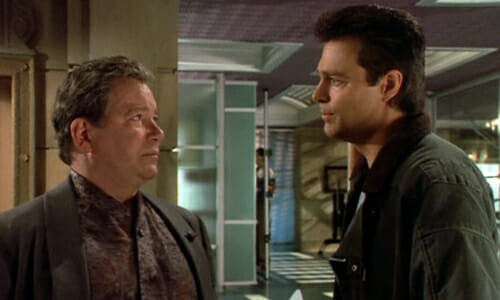 Five years ago, Mayor Frank Avery was arrested for using Tek and sentenced to the freezer. Now, two months after his release, he’s running a campaign to be mayor again. Bascom assigns Jake to provide Avery’s security; Jake isn’t thrilled with this idea, or Avery himself for that matter, but quickly warms up to him. Avery’s opponent Kyle Brackett is in the Tek Lords’ pocket and is working with a man named Trask to ruin Avery’s image by any means necessary. We get a scene of Avery at a Tek rehab center to talk to kids – one pulls out a gun, but Avery talks him down and gives him a hug. Later, Avery is lured to an abandoned theater where Trask forces a Tek headset on him, and leaves him for a group of reporters to find. 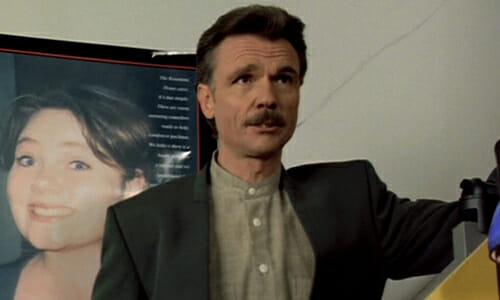 Avery talks to some kids

Fortunately Jake finds Avery just in time and gets him out of sight. In the car they have a heart-to-heart: Avery feels ashamed about being re-exposed to Tek and considers quitting the race, but Jake talks some sense into him and tells him he has to keep fighting – if not for himself, then for his daughter Gwen. 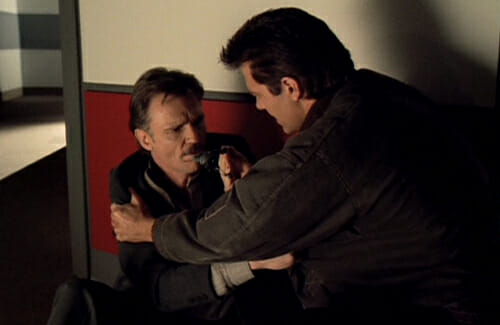 Sam identifies a mole in Avery’s campaign – his running mate, Vivian! She’s been leaking info to Brackett and Trask. 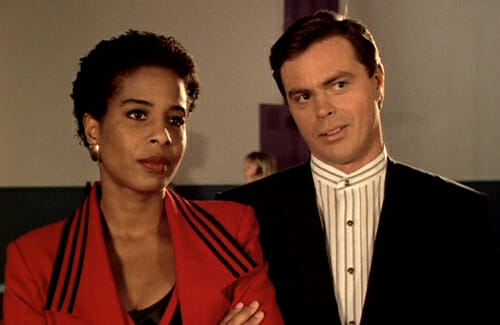 In the last scene, Avery gives a speech as the votes come in. Trask shows up in disguise wearing a fancy morph mask, but Jake thwarts his assassination attempt. Brackett is arrested, Avery wins the election, and Jake and Bascom engage in witty banter. 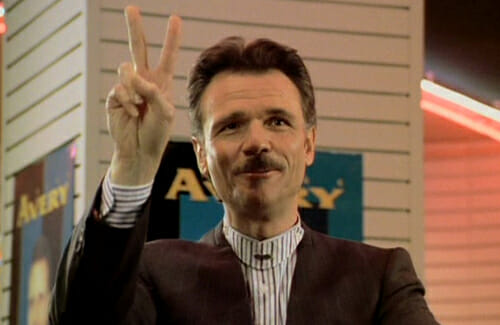 I really enjoyed this; like how TekJustice showed the justice system of the future, this episode showed the election of the future: “The matrix polls are about to close,” “Oh, the cyber poll has me up by 2 points.” Yes, it had the subtlety of a sledgehammer: the writers worked overtime to make sure Avery was likeable and someone worth rooting for, and the villains were as transparent as always. Vivian especially, once she’s outed as the mole, turns into a “haha, I am evil” type character, which is such a shame. 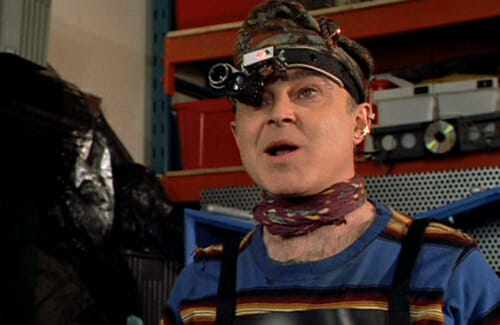 A couple characters make unexpected returns in this episode. First is the shady technology dealer Jonas, who was last seen in episode 2. He’s comically eccentric and has a penchant for referring to himself in the third person; annoying in large doses, but we got just the right amount of him here. Nika works with him in this episode on making a morph mask nullifier to use on Trask, but it ultimately wasn’t really needed. 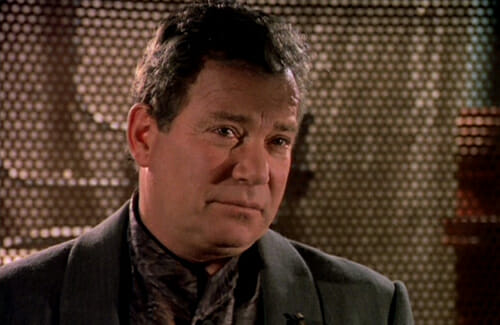 Where have you been?!

The second unexpected return this episode? Walter Bascom, whom we haven’t seen for 13 episodes! He’s been in the opening credits this whole time, so it tricks you into thinking he’s in more episodes than he actually was. Why the absence? Was William Shatner off filming Star Trek Generations?