The Super Friends fight a genie that traps Superman and the Wonder Twins inside his magic lamp. 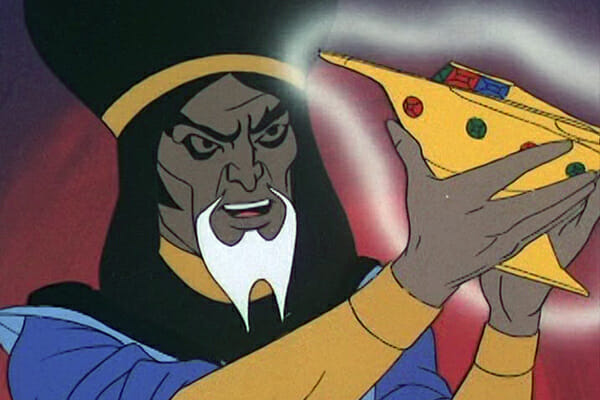 Some jerkhole named Kareen Azaar and his men arrive at the planet Zaghdad to steal a magic lamp that houses an all-powerful genie. While he’s pursued by the Sultan’s forces, Kareen drops the lamp and it falls to Earth, where it’s found by the Wonder Twins. 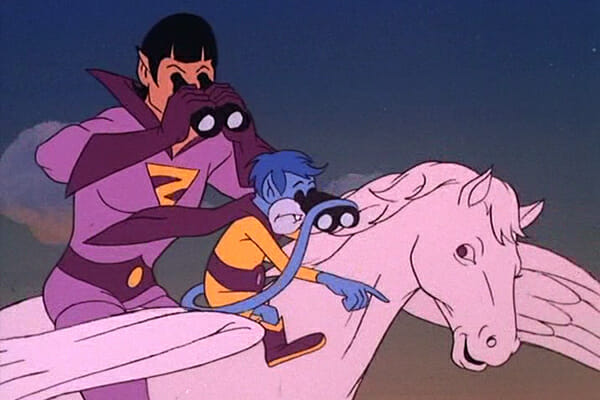 The Wonder Twins (and Gleek) find the magic lamp

Kareen reclaims the lamp and has it suck up the Wonder Twins, then heads back over to Zaghdad where he summons an all-powerful genie (and various monsters) to conquer the planet. The Super Friends try to stop Kareen, but the genie kicks their asses. 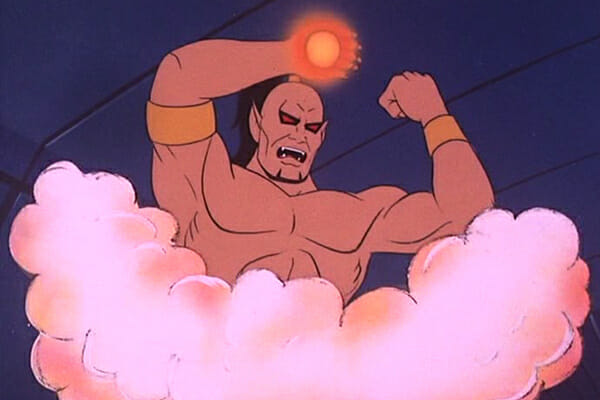 Meanwhile, in the world within the lamp, the Wonder Twins meet up with the Sultan and Superman – who were also sucked into the lamp – and they all find a way out. 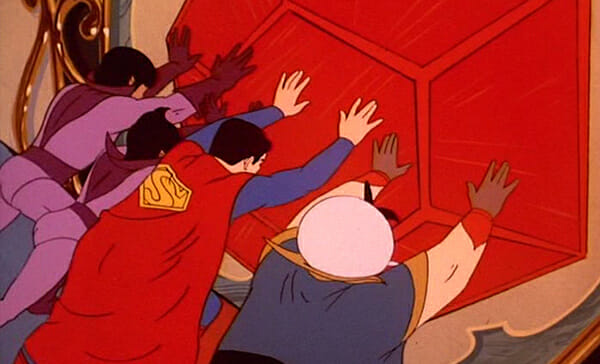 Superman frees the other Super Friends from becoming crab food, then uses his super breath to suck up the genie and spit him back into the lamp. Kareen tries to run, but is caught by Wonder Woman’s Magic Lasso. 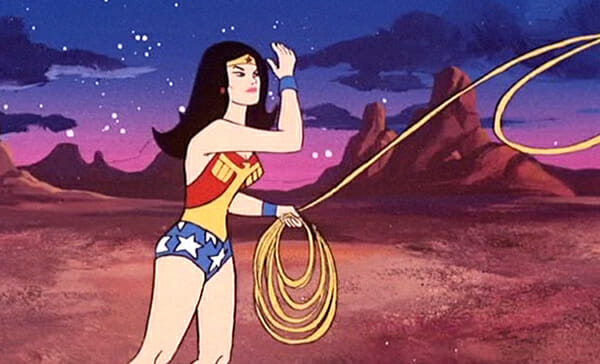 This was pretty wild and crazy, but also a little fun. The creature designs were great, and I especially LOVED the weird world within the lamp scenes. I wonder what the meeting was like in the writers’ room where all this stuff got approved: “The Wonder Twins are going to go inside a magic lamp, where they’re going to fight a lightsaber-wielding skeleton pirate.” 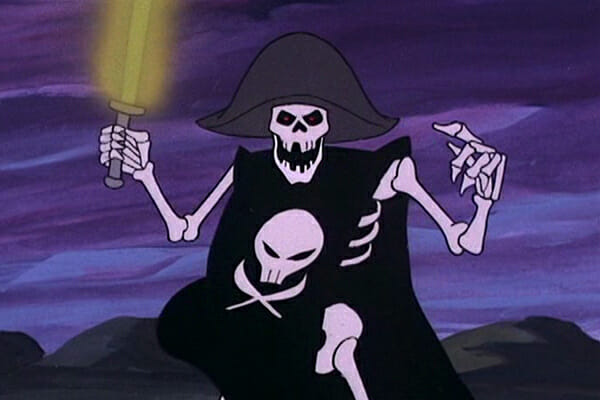 This guy stole the show

The scene where the Super Friends have Wonder Woman dress up as a belly dancer to distract Kareen while Aquaman steals the lamp was hilarious – that was the best plan they could come up with? And Aquaman screws it all up by knocking over the lamp. You suck, Aquaman! 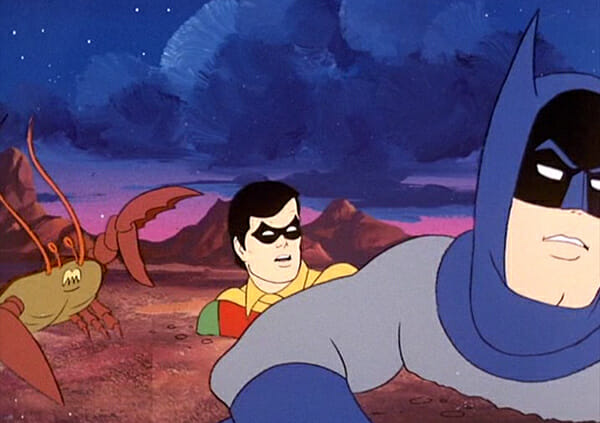 Kareen sets a bunch of crabs loose on the Super Friends

I felt the genie should’ve been more of a neutral force than just plain evil. Sucks that he didn’t recognize Gleek as his master, even though he was the one who rubbed the lamp. Would’ve loved to have seen Gleek wish for millions of bananas.