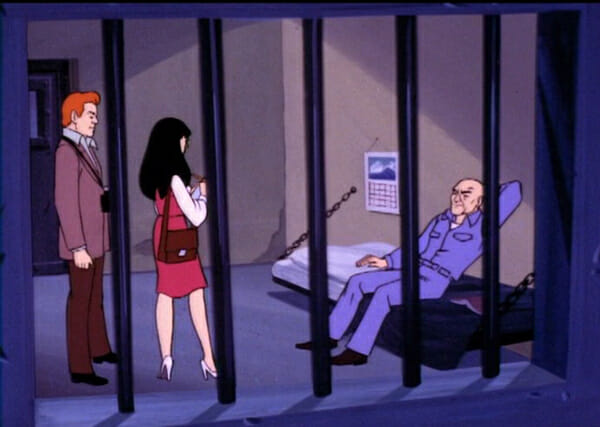 Our episode begins with Lex Luthor in prison talking about how he’s concocted his greatest scheme yet that will spell doom for the Super Friends. Well come on, buddy, either spill the beans or stop talking because whatever it is probably won’t live up to your endless hype. 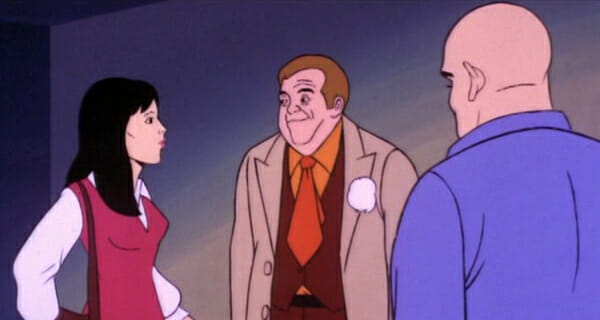 Lois Lane and Jimmy Olsen show up wanting to interview Luthor, but Jimmy isn’t Jimmy at all – it’s Luthor’s dim-witted associate Orville in disguise. Luthor’s genius plan, as we finally learn, is to use a special camera (projector ray) to disguise himself as other people. 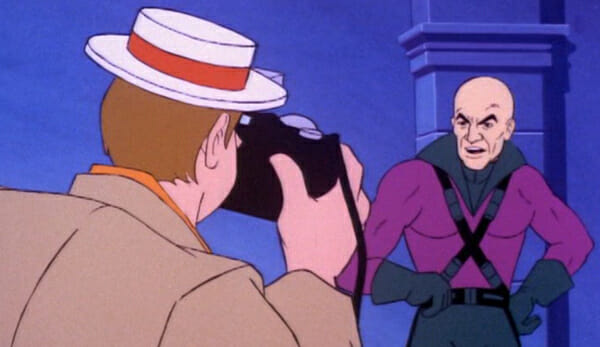 He first uses it on Lois to escape prison, then later uses it on all the Super Friends to trick them all into traps. 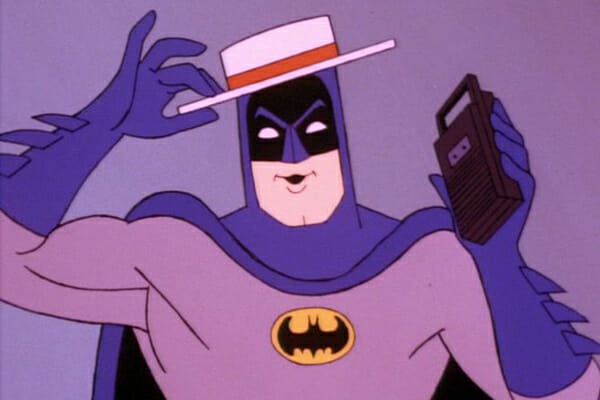 Now here’s where things get weird: Luthor chats with some fire people that live on the sun (!) and tells them to come on over to Earth. 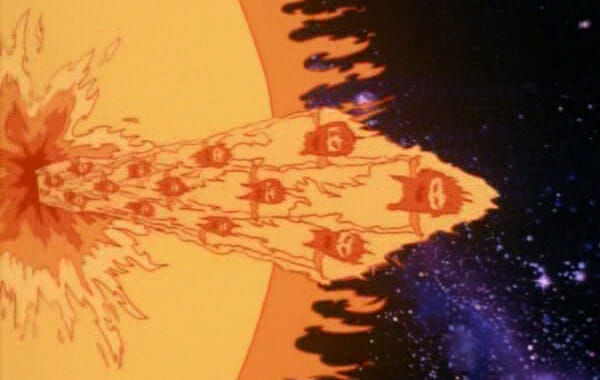 Fire people from the sun because…why not?

Oh wait a sec, maybe that wasn’t the best idea ever because now they’re setting everything on fire. Luthor frees all the Super Friends and they rid the Earth of the fire people, then he lands back in prison…right where he started. 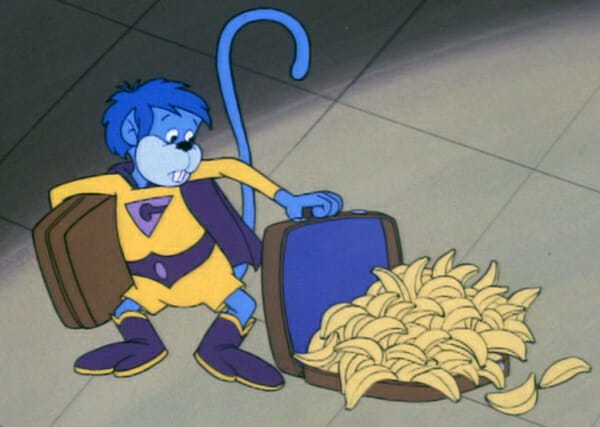 First of all, after seeing Luthor with the Legion of Doom an entire season (Challenge of the Super Friends), it’s always nice to see how he fares by himself, and he doesn’t do half bad. But the episode loses me once the fire people are introduced. Storywise, yeah, it’s obvious they’re only there so Luthor will be forced to let the Super Friends go, but they still feel really random and didn’t fit with the rest of the story. 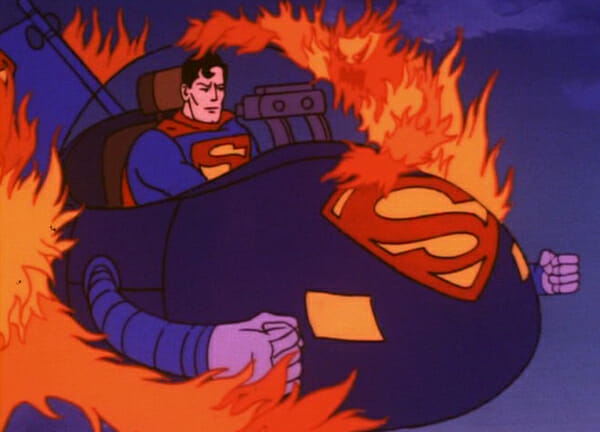 Superman uses the Supermobile to fight the fire people

I really dug Superman’s Supermobile vehicle he uses when the fire people turn the sun red and he loses his powers. I’m surprised to learn it actually originated in the comics (Action Comics #481 to be precise), and Super Friends faithfully reproduced the design.