Starts with the deleted scene from the film showing Spock’s birth, then moves on to the U.S.S. Kelvin’s ill-fated encounter with the Narada. 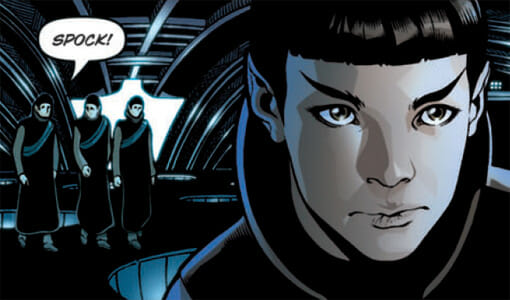 Young Spock gets bullied on Vulcan, while boy Kirk has a jerky uncle (another scene deleted from the film). The issue ends with Kirk and Pike having their talk in the Iowa bar. 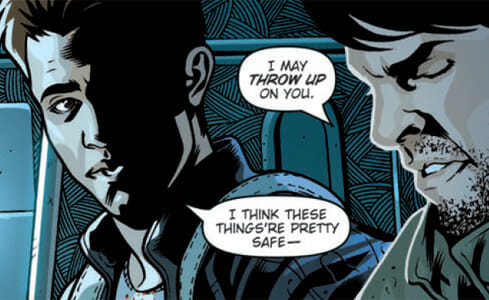 All the Academy scenes in this issue; ends with the Enterprise leaving for Vulcan. 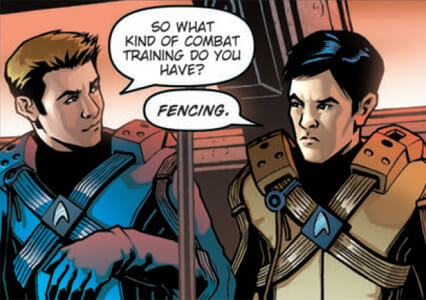 Kirk and Sulu prepare for their jump

Contains everything that happens at Vulcan, from the Enterprise’s arrival and dodging the debris field to Vulcan’s destruction. 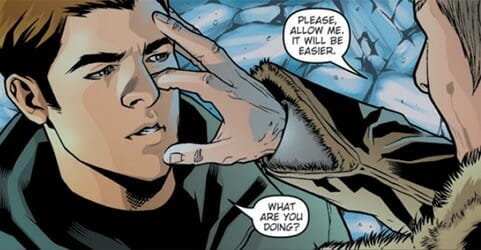 Pike gets tortured, Kirk meets Future Spock, beams to the Enterprise with Scotty, and the whole crew gets together to plan their next course of action. During Kirk’s mind meld with Future Spock, we see images from Star Trek Countdown. I thought this was a nice touch. 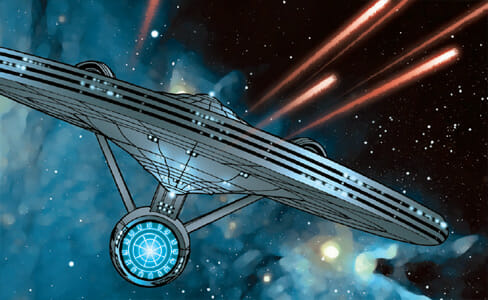 The Enterprise comes to the rescue

The rest of the movie – fighting with Nero, saving Earth, and heading off to another adventure.

Shuttles from the Kelvin make their escape 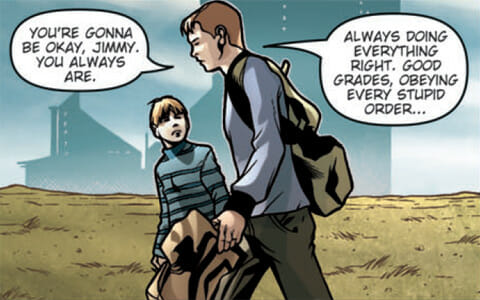 Deleted scene of Kirk with his brother

Worse still, comic book adaptations used to consist of the artists getting the film’s script and interpreting the scenes based on what they read. This would make for some interesting artwork in the comic when compared to the film, almost as if another director remade the same film.

But here? I can recognize nearly all the panels as shots from the actual film. On the plus side, though, I am very relieved the artists didn’t reproduce all the lens flares that were in the film.

Overall, it’s competently done, but what’s the point? Even the two brief scenes deleted from the film are readily available.

Watch the film instead.