Jan and Jace crash land on a planet full of vicious animals controlled by Creature King. 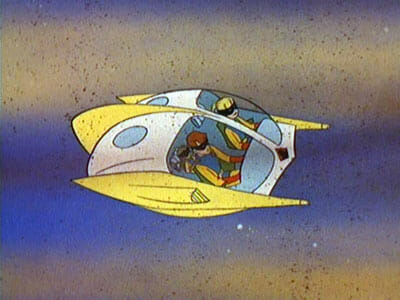 Jan, Jace, and Blip get caught in a space dust storm

While traveling through a space dust storm, Jan and Jace’s space coupe suffers a reactor burnout and makes a crash-landing on a nearby planet. 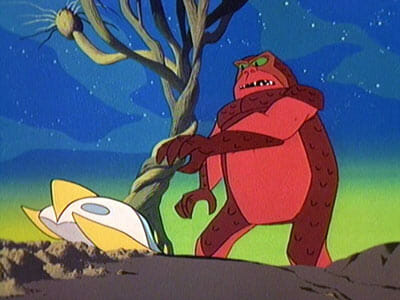 A giant scaly ape stumbles on the grounded space coupe; Jan, Jace, and Blip abandon ship before it gets crushed by the creature. 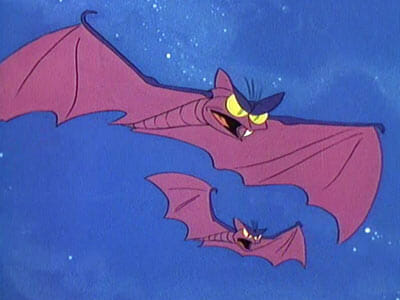 The trio doesn’t get very far in their escape and are immediately apprehended by a pair of giant bats and taken to the lair of Creature King. This guy wears a helmet that allows him to control all the planet’s animal life, so he’s a bit like a goblin-looking Aquaman that isn’t limited to sea creatures. 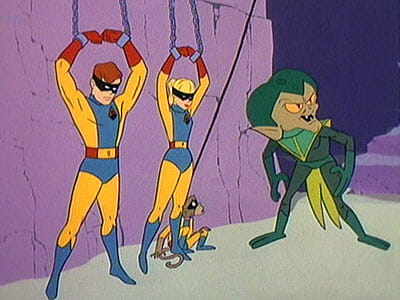 Creature King reveals some half-baked plan to use his animals to conquer a bunch of planets, then accuses Jan and Jace of spying on him. 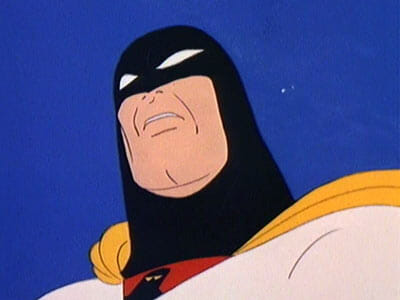 Nearby, Space Ghost arrives and finds the space coupe wreckage; Creature King sends the giant bats after him – one bat is taken out by Space Ghost’s stun ray, while the other flees back to Creature King’s lair. Space Ghost follows close behind.

But he isn’t needed after all. Blip chews himself free of his bonds and drops a heavy piece of machinery on Creature King, knocking him out. 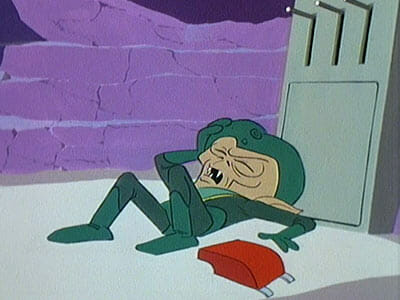 One of the bats grabs Creature King and takes takes him away.

“What’s he going to do with him, Space Ghost?” asks Jan.
“Either save him…or destroy him.”

We fade to our heroes flying out in space to the Phantom Cruiser. Space Ghost asks how the kids’ reactor burned out and Jace makes fun of women drivers. Har-har. 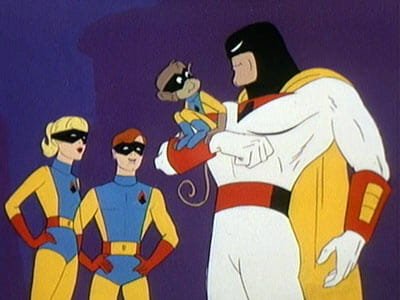 Ending the episode on another unfunny joke

This episode sticks pretty close to the established formula of Jan and Jace getting into trouble and needing to be bailed out by Space Ghost. At the rate the space coupe gets trashed, it would probably be best if Space Ghost just accompanied them at all times! 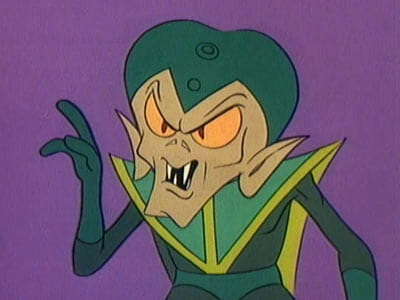 One of the weaker Space Ghost villains

Creature King was never one of my favorite villains, but they can’t all be Zorak. I really wished we could have seen more of his creatures that were briefly teased – especially the mysterious pair of eyes on the lower left! 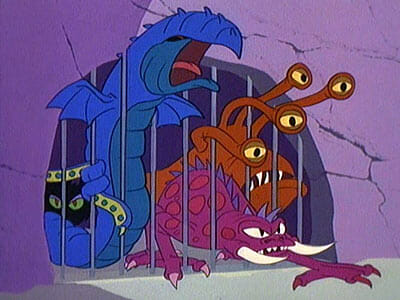 Best shot of the episode!

Having Space Ghost ultimately not be needed at the end, with Blip saving the day, was an interesting choice. A bit funny, in a Indiana Jones vs. swordsman kind of way, but also anticlimactic. I was also hoping for a fight between Space Ghost and the ape. Why introduce a giant scaly ape if it’s not going to fight Space Ghost?

Creature King should have just been called Giant Space Bat King, since they were pretty much all he used. Though I can’t really blame him because the one-toothed bat is adorable!