Scooby and Shaggy travel to Switzerland to stop Dr. Phibes from crashing an anti-global warming conference. 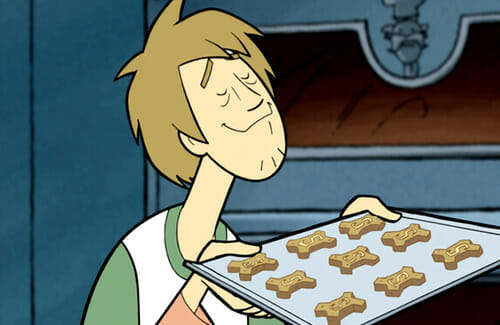 I love the smell of Scooby Snacks in the morning

We begin our episode with Shaggy and Scooby taking a fresh batch of super power Scooby Snacks out of the oven. Oh, a fart joke. Lovely. 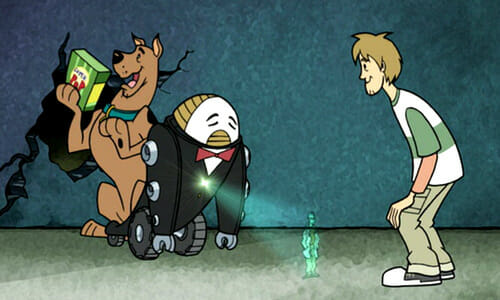 Robi comes in with a message from Uncle Albert, projected à la R2-D2. Albert (voiced by Shaggy’s original voice actor Casey Kasem) warns that Dr. Phibes is still out and about, and has hatched a new evil scheme: to crash an anti-global warming conference in Switzerland with a giant laser. 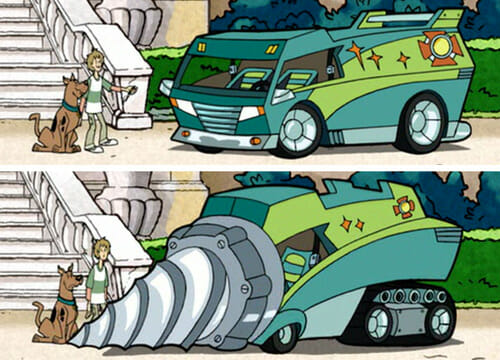 Shaggy and Scooby get in their new and improved Mystery Machine, which can now transform into a variety of vehicles. It turns into a plane and takes them directly to Switzerland. 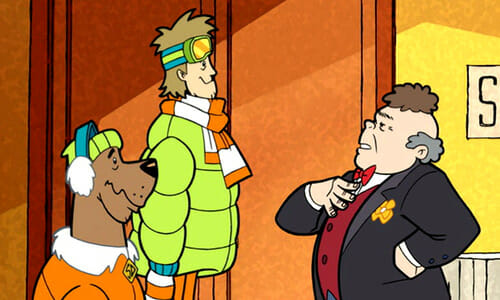 They try to warn the organizers of the conference about Phibes, but aren’t taken seriously and get kicked out. 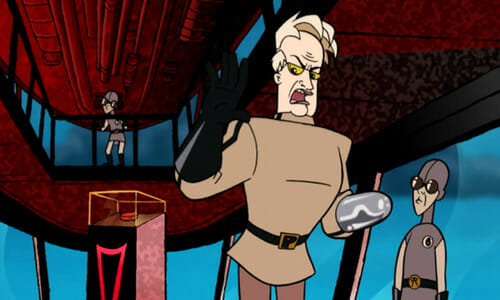 Phibes is at it again

Meanwhile, in his blimp, Phibes detects Shaggy and Scooby and contacts one of his Swiss agents – Misty Swiss (along with her dog Carla) – for assistance in quashing them. 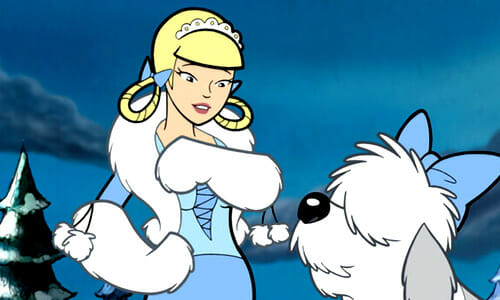 Misty tricks Scooby and Shaggy into skiing off a cliff. But during their fall, Scooby ingests a Scooby Snack and blows a protective bubble around himself and Shaggy. 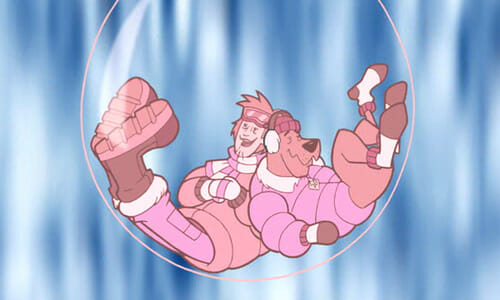 Bubble force field to the rescue

They land in Phibes’ airship and smash into all his stuff, thus stopping his laser from destroying the conference. 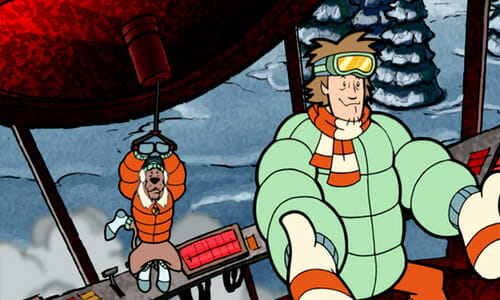 Scooby and Shaggy cause a ruckus in Phibes’ blimp

In the final scene, Scooby and Shaggy eat fondue because…it’s in the episode title and had to show up somewhere. After an unsatisfactory beginning, we’re met with an unsatisfactory continuation. To paraphrase Tommy Lee Jones, I can’t sanction this buffoonery. But what do I care? I’m not this show’s intended audience. Kids will probably like this, but it’s not my cuppa. 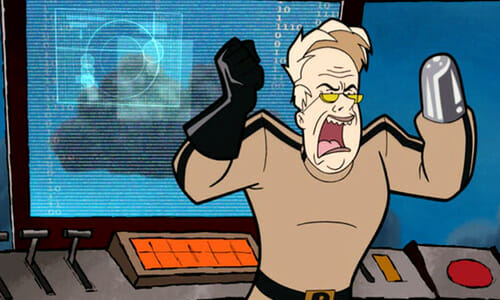 Phibes has a bad day

We’re introduced to the new and improved Mystery Machine, which reminds me way too much of Inspector Gadget. Come to think of it, Inspector Gadget is a pretty apt comparison for this show overall (only not as good). It seems every episode will involve Scooby and Shaggy getting a mission from Uncle Albert to thwart Phibes’ latest plan, which they will somehow accomplish through shenanigans. 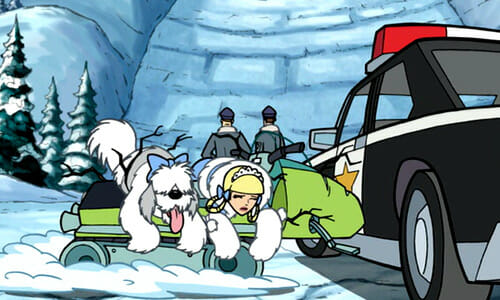 Misty and Carla are apprehended

Before departing for Switzerland, Shaggy mentions having “clue cards” in his possession. Nice try, attempting to make this look like a mystery show when it clearly isn’t. Not going to fall for that one.