Shaggy and Scooby-Doo Get a Clue! was a departure from the typical Scooby-Doo series. Filled with more action and science-based mayhem, this show had no supernatural elements or episodic mysteries, and Fred, Daphne, and Velma are practically absent.

Controversially, the character designs were also radically designed, causing some people to write this show off before it even premiered! This was also the first series Shaggy wasn’t voiced by Casey Kasem, as Scott Menville took on the role. 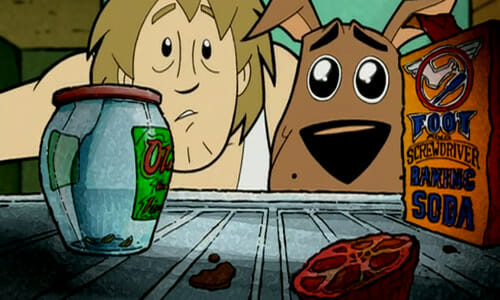 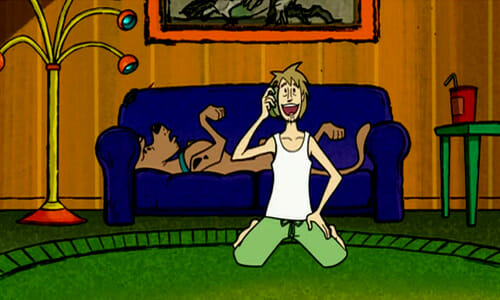 Shaggy gets a life-changing phone call

The series opens with Shaggy getting a phone call that his rich scientist uncle, Albert Shaggleford, has mysteriously disappeared (not died) and left all his stuff to Shaggy. All of it. A billion dollars plus a mansion and everything within. Upon arriving at the mansion, Shaggy and Scooby meet a comically destructive robot butler named Robi, then start messing with Albert’s shrink ray. Shaggy reads a message left behind by Albert saying he invented a type of nanotechnology and that some “bad guys” are after him, trying to get it. 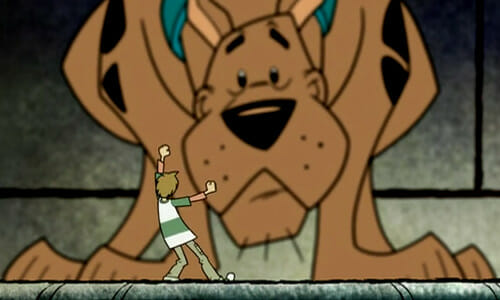 Shaggy and Scooby play with a shrink ray

One of these “bad guys” is Dr. Phineas Phibes (nice Vincent Price reference), an evil megalomaniac who wants to get his hands on the nanotechnology to become immortal and rule the world. His base of operations is a submarine filled with minions at his command, along with a scientist named Dr. Trebla. 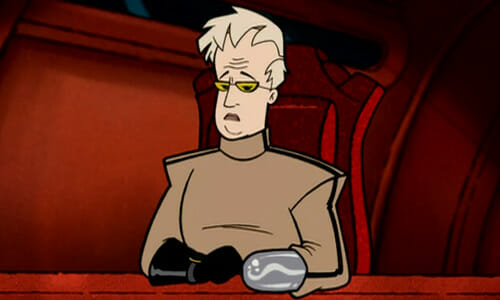 Phibes sends two of his minions to kidnap Shaggy and Scooby so he can get the nanotechnology formula from them. Though they don’t have the formula, Shaggy feeds Phibes a recipe for hot dog tacos to buy time, then feeds Scooby a new type of Scooby Snack created by Uncle Albert laced with nanotech that makes Scooby invisible. 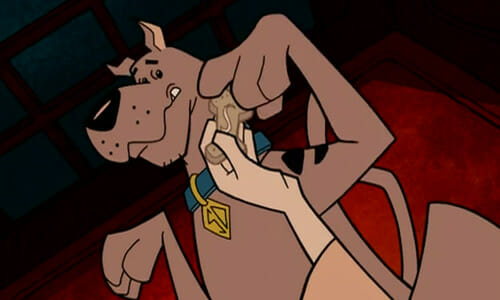 Scooby tries one of the new Scooby Snacks

Shaggy and Scooby escape their captors and meet up with Fred, Daphne, and Velma in a diner. “Wow, what a story!” says Fred, “I guess you two will be working on your own for awhile.” Scooby and Shaggy almost died, Fred, and you’re not even going to ask if they need any help? What a horrible friend. 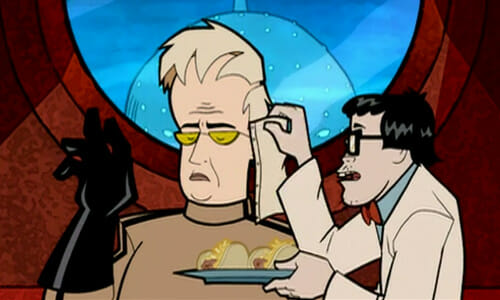 Some of my favorite Scooby-Doo series were departures from the norm: 13 Ghosts of Scooby-Doo, which introduced new characters and a series-long story arc, and A Pup Named Scooby-Doo, which gave us a wacky, self-aware take on the old mystery formula. But how does Scooby and Shaggy Get a Clue! fare? 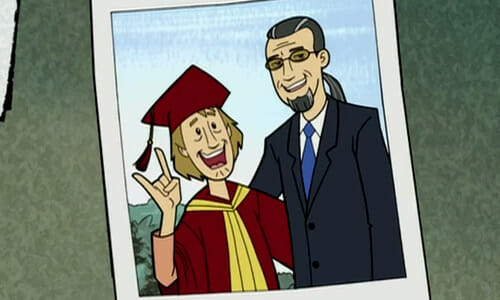 A photo of Shaggy with his uncle

Not too well. Unlike the aforementioned Scooby-Doo shows, this one doesn’t exactly reinvent the wheel – it replaces the wheel with a bundt cake. This show feels like, and should have been, its own organism. It’s so weird seeing Shaggy and Scooby using nanotechnology to stop a mad scientist from ruling the world instead of solving mysteries. They’re not superheroes! 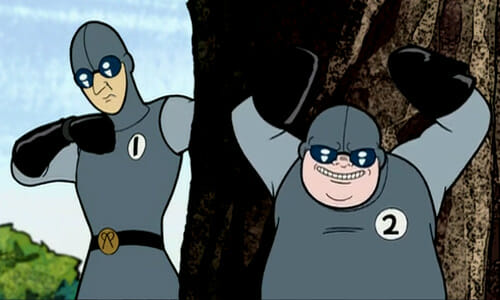 A couple of Phibes’ minions

And of course Scooby-Doo‘s always been a kids’ show (or at least a family show that everyone can enjoy), but the humor and writing in this episode felt a bit simplistic and childish. 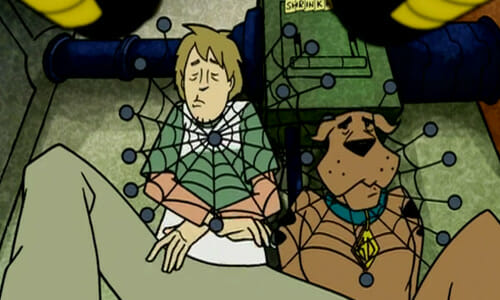 Shaggy and Scooby are captured by Phibes’ minions

One of the things the show did get right was the visuals. I actually liked the new, more streamlined character designs, which reminded me a lot of Mission Hill or Bruno the Kid. It’s a shame Fred, Daphne, and Velma only have a minimal role in this show, as I thought their redesigns looked great. 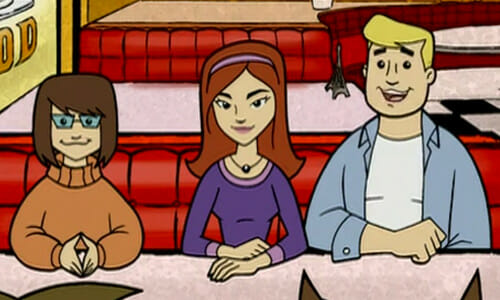 I really wonder what the thought was behind this series. It feels like it was made to sell toys, but no toys were ever produced. As an added note,

A mosquito bit me several times as I watched this, and I factored that into the score.