The Scooby gang investigates a deserted carnival run by an automaton. 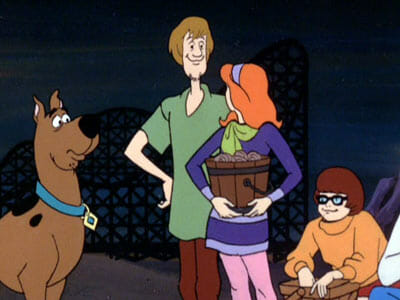 Out on the beach

The episode begins with Scooby and the gang at the beach picking up clams to eat, when all the lights at a nearby, closed, amusement park suddenly turn on. The gang investigates and find that the park is fully automated with not a single soul in sight. Freddy plays and wins one of the games, his prize appearing from nowhere, while Shaggy eats seemingly unlimited hot dogs. 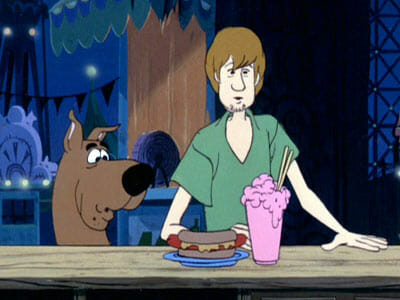 As all this is going on, a mysterious robot moves around the carnival, trying some of the rides; recycled music from The Jetsons plays whenever this robot is onscreen. The gang spots him and chases after him, then he chases after them. Eventually, the robot’s creator – Mr. Jenkins, also the caretaker of the carnival – is revealed to be on the scene. 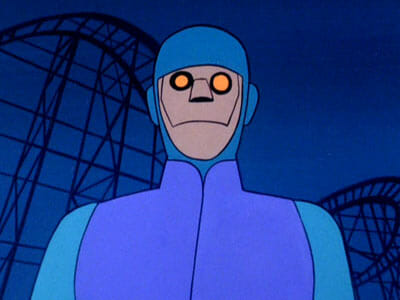 Jenkins says he created the robot, named Charlie, to run the carnival…but something’s gone wrong in Charlie’s programming, and he needs to be fixed. We transition to the gang riding with Jenkins in a jeep outfitted with a giant magnet. “How does this equipment work, Mr. Jenkins?” asks Freddy. “It’s a giant, fucking magnet,” says Jenkins. 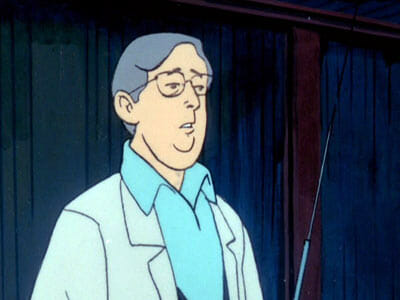 They use the magnet on Charlie and start drawing him out, but the magnet shuts off when the cable connecting it to the jeep is cut with a pair of scissors. Who would do such a thing? Jenkins’ sister and fellow caretaker, Sarah. She’s (somehow) responsible for messing with Charlie’s programming in the first place. “I don’t think robots should work where children come to have fun,” she says. 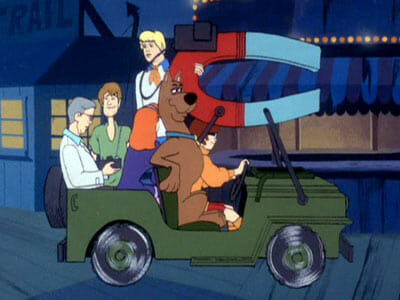 Wait, and Daphne agrees with her?! “Charlie is nice, but kids needs humans.” Then Scooby-Doo, a non-human, also agrees? Well…okay. Jenkins decides to rebuild Charlie, and next we see him, he’s scratching Scooby’s ears. 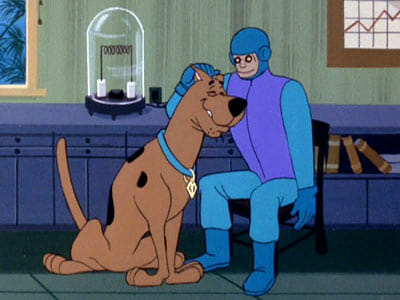 The new and improved Charlie

The premise of this episode was a little more interesting than normal, in that the “monster” wasn’t a person in disguise, but a robot with faulty programming. I like Charlie’s design, and he’s definitely one of the show’s more recognizable antagonists. The fact that he’s in the intro sequence certainly helps cement his visage. 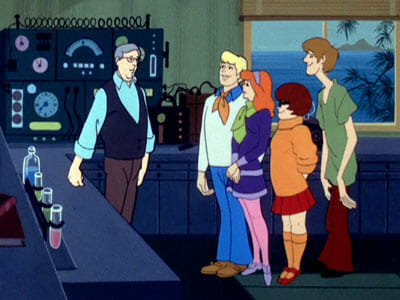 Mr. Jenkins with the Scooby gang

Everything else about this episode was flat. There wasn’t really an investigation or anything like that; it all felt very linear, and there weren’t any surprises other than Sarah’s motive for messing with Charlie. Why did she cut the magnet’s cable, anyway? She’d rather have an unstable robot on the loose? 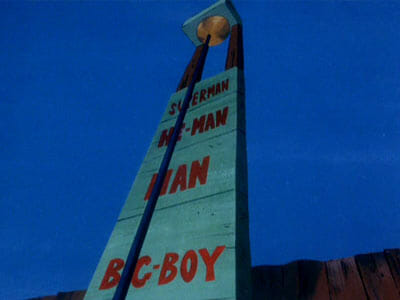 Proof that Superman is stronger than He-Man?

Although we’re told there’s something wrong with Charlie, I didn’t really see anything that wrong with his behavior. It just looked like he was testing out all the rides, and any of his actions that might be interpreted as harmful were simply reactions to the Scooby gang chasing him. Charlie even seemed to want to help Velma and Scooby during the runaway bumper car sequence. 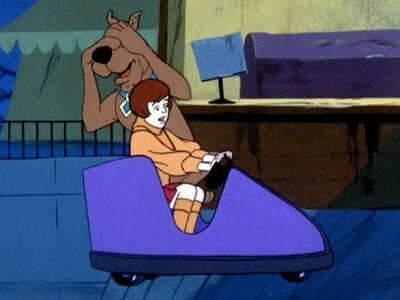 As a sidenote, Velma loses her glasses yet again during this sequence. Why hasn’t she gotten contact lenses or, at the very least, a glasses strap by now?