While visiting a ski lodge, Scooby and the others finds themselves targets of a snow ghost. 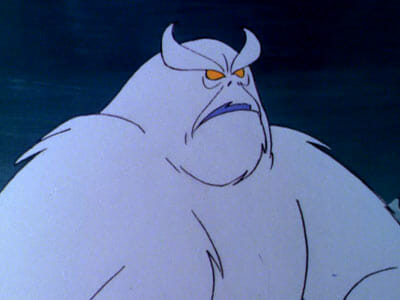 The episode begins with the Scooby gang arriving at a ski lodge. They meet the eccentric owner, Mr. Greenway, who tells them to be careful of the local snow ghost. We see another guest, the suspicious Leech (whose appearance is based on Peter Lorre), come in and drop off his suitcase. I don’t trust him one bit. Anyway, Fred, Daphne, and the others check out their rooms and immediately see the Yeti-like snow ghost, but it flies away (!) 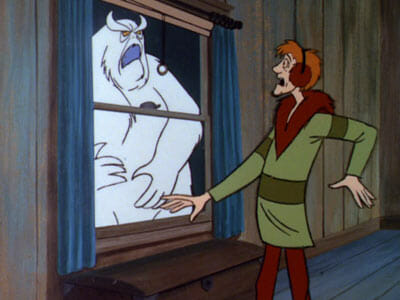 Shaggy is first to encounter the ghost

The Monk and the Sawmill

The teens come across a Tibetan monk in a cave. He believes the snow ghost is after him because many years ago, he was responsible for the death of a Yeti he encountered while crossing a chasm in Asia. Sawdust spotted by Velma in the snow ghost’s footprints lead the gang to a nearby sawmill. 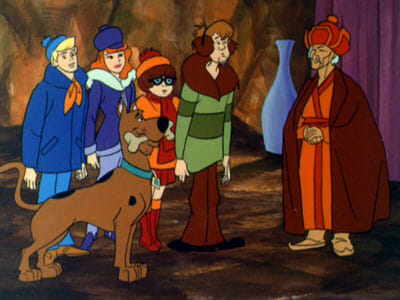 The gang meets a Tibetan monk

Inside, Shaggy falls through a trapdoor and the snow ghost disappears with Velma. Scooby-Doo follows her cries for help and finds her chained to a log on a conveyor belt moving straight for a saw! After trying a couple hand saws, Scooby ends up chewing through the log like a beaver to free Velma. 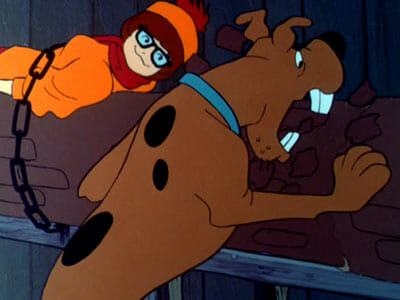 Scooby and Velma reunite with Fred and Daphne; the latter of whom finds some jewelry in a hollowed out log. A ghostly Shaggy appears, but don’t worry, he’s still alive. He was just covered in flour. 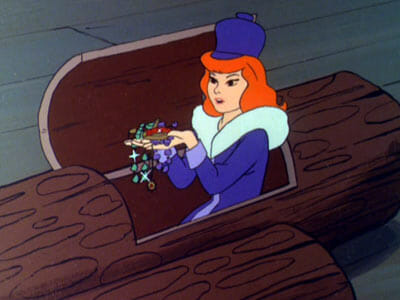 The gang lays a trap to freeze the ghost in ice water. As usual, things don’t go as planned, but end up working out in the end. The snow ghost rolls down a hill into a giant snowball and is unmasked – it was Mr. Greenway the whole time! He and Mr. Leech (also caught) were stealing jewelry and storing them in the hollow logs. To simulate the snow ghost’s flight, Mr. Greenway used transparent skis. 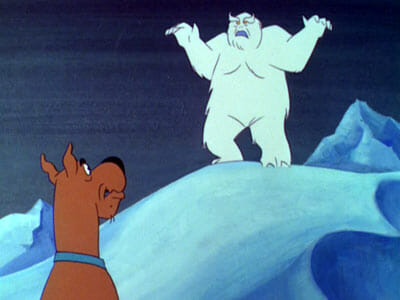 Scooby and the snow ghost

This episode started off rather promising, with a nice wintery locale. There were several guest characters to interact with and plenty of clues, allowing viewers to play along in solving the mystery. 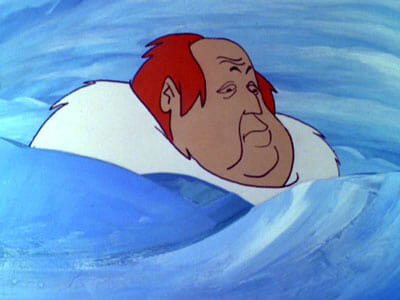 The Yeti is unmasked

The snow ghost was a decent foe, though I can’t imagine the plump Mr. Greenway being in that costume doing all those crazy stunts without getting quickly exhausted. He does get bonus points for actually being threatening by attempting to murder Velma. Most monsters in the show are perfectly fine with simply scaring people, but not Mr. Greenway! 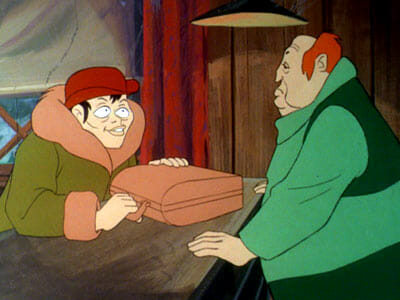 I did start to lose interest towards the end of the episode, and it wrapped up pretty quickly. We hardly saw Mr. Leech and yet he was Greenway’s accomplice; we should have at least seen how he got apprehended at the end.

And what of the monk? He was definitely the most interesting character in the episode but had so little screentime.