The Scooby gang heads to Franken Castle where they have to deal with not one, not two, but three monsters! 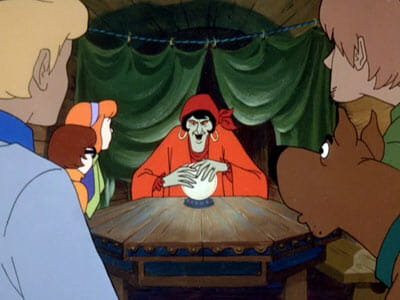 The Scooby gang visits a gypsy

While on the way to Franken Castle (for some reason), the Scooby gang makes a stop at a nearby gypsy wagon to get their fortunes read because…why not? She gazes into her crystal ball and tells them to stay away from the castle.

Of course the gang doesn’t heed her advice and they go there anyway. 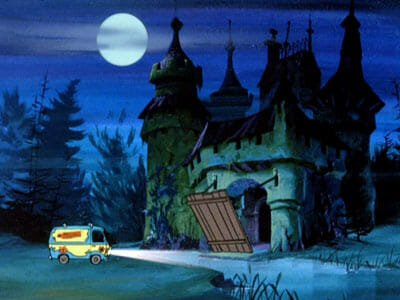 The gang heads into the castle by crossing its drawbridge. A vampire shows up and tells them to stay away, turning into a bat to punctuate his warning. The drawbridge starts to rise and the gang hurries back to the Mystery Machine – all but Daphne, who’s too slow and gets stuck in the castle. 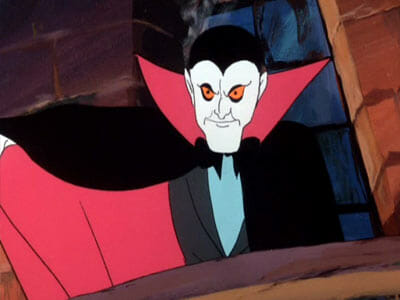 Scooby and Shaggy manage to lower the drawbridge again and the rest of the gang heads inside the castle to explore. The usual sort of stuff happens: Scooby and Shaggy raid the fridge, Velma loses her glasses and stumbles through a trapdoor, there are a couple chases scenes with the gang and the monsters, that sort of thing. This time, instead of just one monster, there are three: the vampire we saw earlier, a werewolf, and a Frankenstein. I know, I know, I’m usually a stickler for calling him “Frankenstein’s monster” but it’s actually perfectly fine to just call him Frankenstein. 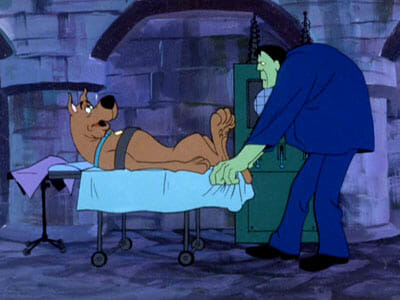 Velma meets up with Scooby and Shaggy in a torture chamber (Shaggy gives Velma her spare pair of glasses), and the three of them find Daphne in a dungeon pit. After she’s freed, Daphne shares a clue: a piece of paper written in 1668 that says “I have fooled them all, I may perish, but I’ll be as rich as KING TUT!” 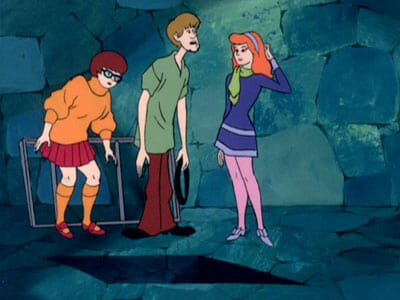 Dahpne is freed from the dungeon

The gang meets up with Fred and together they try to catch the vampire by wrapping him in a tapestry. The vampire heads into a coffin and disappears, but leaves behind some more clues: a ruby, a diamond, and an earring. The ruby and diamond were a part of the aforementioned treasure, woven into the tapestry, but the earring belongs to someone familiar – the gypsy! 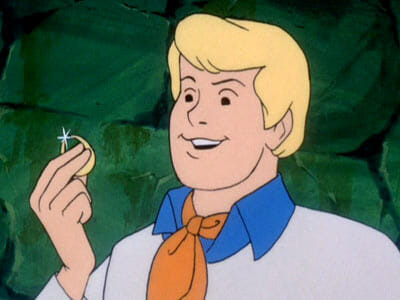 The gang return to the gypsy wagon; the gypsy tries to escape but is caught by a policeman, and it turns out she and all three monsters in the castle were disguises of a wanted man named “Big Bob” Oakley. 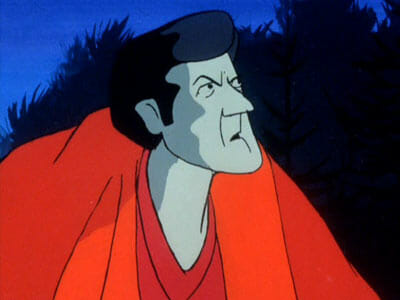 Later, the gang has a picnic and Daphne asks how Big Bob turned into the bat. Don’t tell me he used a projector. No, it was a stuffed bat on a wire. Good. While it was cool seeing the gang go up against three different monsters at once, this episode involved a lot of aimless wandering in a castle. We already saw that in Hassle in the Castle.

Big Bob must be a method actor as he went to great lengths for his role, only stocking the fridge with vampire and werewolf food and sleeping in a coffin, for instance. 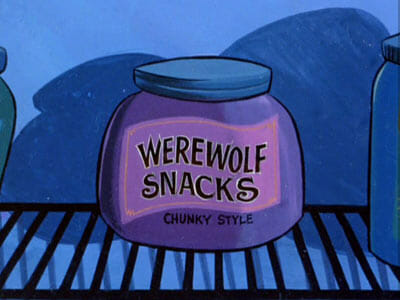