The Scooby gang checks out an abandoned city and faces the ghost of a 100-year-old miner. 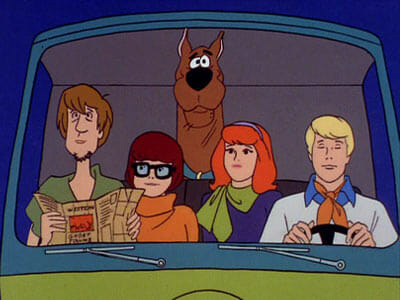 Shaggy gets everyone lost

While driving along in the Mystery Machine, the Scooby gang gets lost (due to Shaggy reading a map upside-down) and ends up at Gold City. They head over to an inn for the night and find that it’s almost completely deserted; its only occupants are its employees Big Ben and the mysterious Hank. 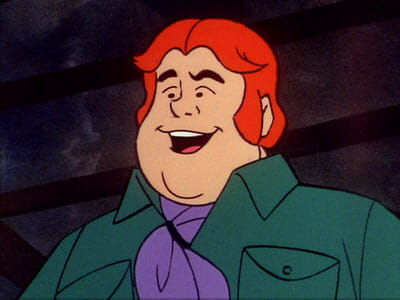 Hank tells the teens that the 100-year-old ghost of a gold prospector, Miner 49er, has scared off everyone in the city. This Scooby gang now has a mystery to solve… 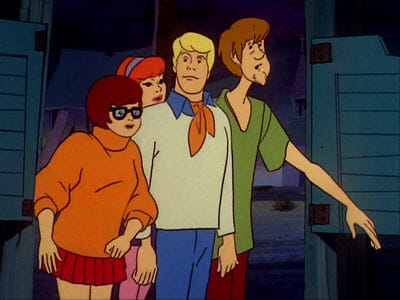 The gang checks out an empty salaoon

The Investigation is Afoot

The gang heads over to a nearby saloon for clues, but all they find is a player piano. I don’t think this is the first time a player piano shows up in Scooby-Doo. 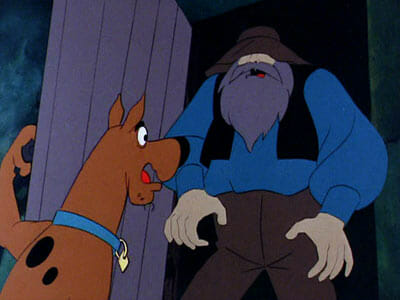 With dry leads, the gang heads back to the inn where they’re chased by the miner ghost. Shaggy accidentally knocks over a Native American sculpture and inside is a map with a safe combination, which the gang uses to open the inn safe – inside is an elevator that leads down a mine shaft. 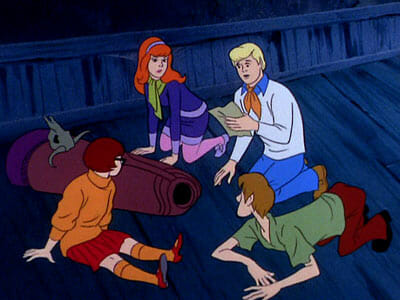 The gang finds a map with a combination written on it

Down in the Mine

The miner’s also down here and he chases the Scooby gang some more, and they end up in a room with a tape recorder hooked up to a loudspeaker (and a jar of oil – NOT chocolate syrup, Shaggy). 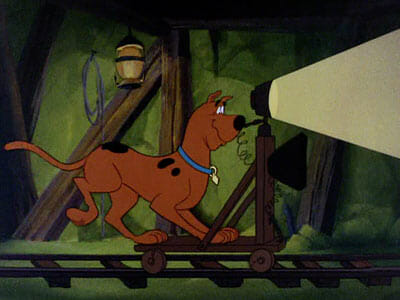 Scooby-Doo pretends to be an oncoming train

The teens trick the “ghost” into thinking there’s an oncoming train by having Scooby move a train cart (with light) on the rail and Shaggy make “choo-choo” noises on the loudspeaker. The frightened miner crashes through a wooden frame and hangs off a ledge. He’s unmasked and revealed to be Hank: 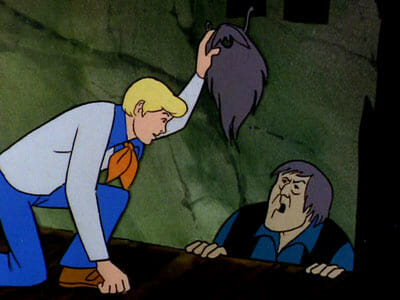 The miner is unmasked

He discovered oil in the mine and adopted the miner persona to scare away all the townspeople so he could have it all to himself and make mega bucks. “Too bad. We could have been partners,” says Big Ben. 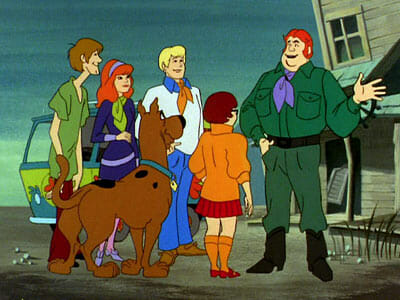 Eh, a pretty standard episode but no complaints. There were a couple fun gags, like when Shaggy lights a few sticks of dynamite, thinking they’re candles. Silly Shaggy. The monster wasn’t particularly scary, and just looked like one of those Duck Dynasty guys. Okay, on second thought, maybe that is scary.