The Mystery Machine breaks down in front of a mansion haunted by a headless spectre. 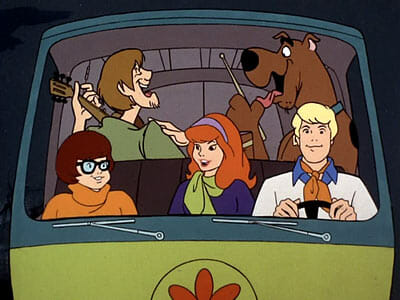 Scooby and Shaggy rock out

We begin our episode with everyone in the Mystery Machine heading to a rock festival. They get lost, of course, and stop to ask a weird man for directions. He says they can take one of two routes to get back on track – the long way or the short way. The short way sounds good, right? Wrong. It passes by a spooky haunted house. 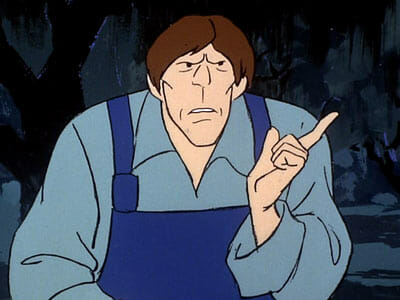 Despite Scooby and Shaggy’s protests, Fred ends up choosing the short way because the Mystery Machine is almost out of gas. It doesn’t get far and breaks down in front of the haunted house. 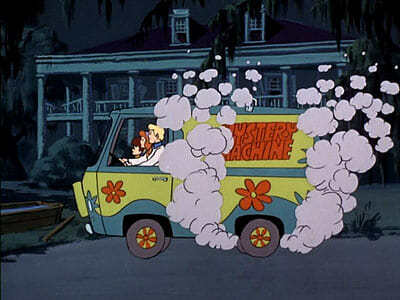 The Mystery Machine breaks down

Inside the Haunted House

The gang goes into the mansion to see if they can get help, but they’re chased by what appears to be a headless spectre. 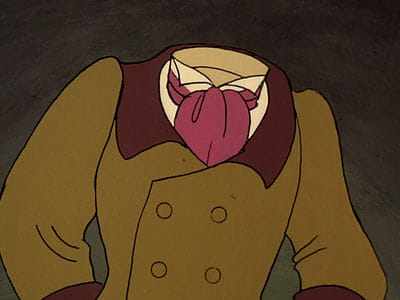 It chases them through the house, then through a greenhouse, then finally outside, where it lands in a chicken coop. Trapped, the “spectre” immediately gives up and reveals himself as a mere mortal man, the descendant of the guy who used to own the house. He’s looking for hidden family treasure, and was afraid Scooby and the gang were after it as well. 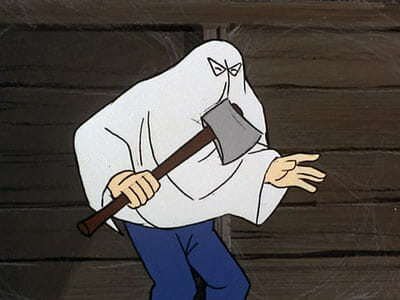 After hearing a banging noise from the house, the Scooby gang finds a man in a hastily-put-together ghost costume (he’s wearing a sheet) trying to chop the wall with an axe. The gang chases this “ghost” and he trips; a pillar falls on him and he’s unmasked – it’s the creepy guy the gang asked for directions at the beginning of the episode. He was looking for the treasure, which was inside the now fallen pillar. 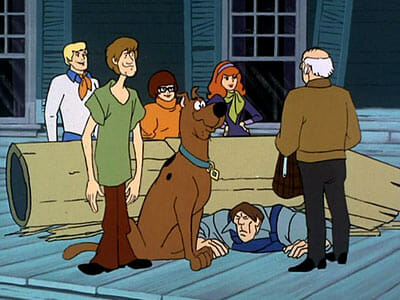 He’ll need to see a chiropractor after this

Not a bad episode but incredibly generic, as if it was written by a script generator. It hit a lot of the same beats as many Scooby-Doo episodes before: Mystery Machine out of gas, exploring a haunted house, a secret passage, finding a piece of paper with cryptic writing, and even a chicken coop. 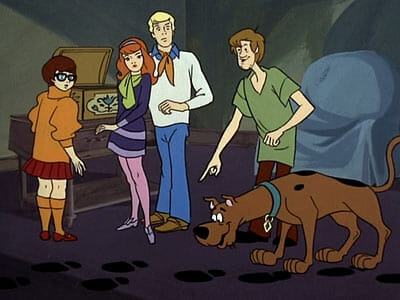 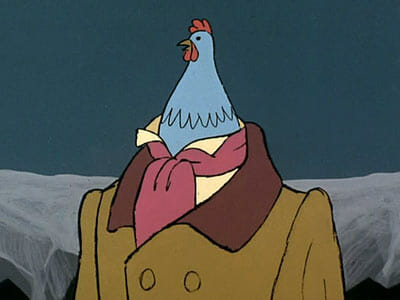 Obviously I loved this part

I wish this twist came a bit earlier in the episode. Wouldn’t it have been cool to see the Scooby gang team up with a ghost to stop another ghost? I’m sure something like that’s happened by now in the more modern episodes.