Scientific Method is based on the first animated series I did while in high school, the Underground Defenders, which was an attempt at an homage/parody of Power Rangers. Both series feature the same cast of characters. 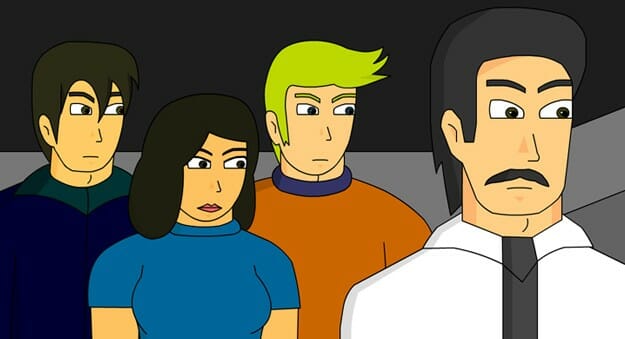 Each episode involved a monster attack, which was detected by the Professor and his group of workers in the basement of Central City University. The three main characters – Roger, Liz, and Carl – would launch in their three vehicles to fight the attacking monster. Eventually, the three vehicles would combine to form a humanoid giant robot, the Robotron Defender, to destroy the monster and save the day.

Deimos: An Act of Love

I ran into a lot of production problems, and the whole thing is a mess. Most of the cast either dropped out or never showed up for filming; I ran into equipment and software problems; most of the dialogue was either cut or significantly trimmed, and I filled the gaps by resorting to French intertitles (ala silent film) and non sequitur Japanese and English voice overs.

Deimos: An Act of Love II

A remake of the script of the live action Deimos, but re-enacted by Star Trek action figures; this version was much more watchable than its predecessor. Because I used voice actors, cast dependability wasn’t a problem, and I was able to use the original script, allowing for a more coherent story. 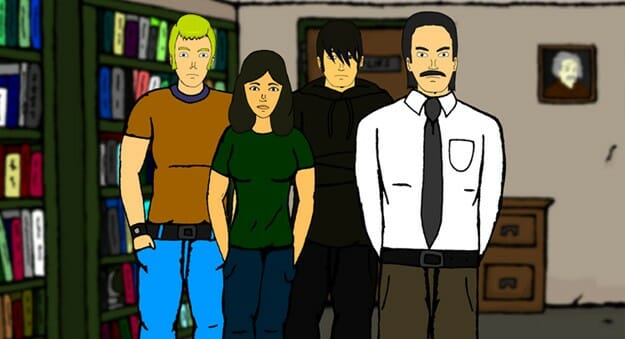 After my Capra Monstrum series, I saw potential in remaking Underground Defenders, though, this time I would cut some of the unneeded elements, such as the Professor’s army of workers and the giant robot fights. The simpler, the better.

The “pilot” version of episode 1. Different actors portray Roger and the Professor, and there are also a few additional lines that were cut from the final version for pacing purposes. Since this is a rough cut, there are no sound effects or music present.